The stereotypes were definitely there

In my first week of college I heard a knock at the door and came face to face with an old-looking guy. Jumping to conclusions, I shouted to my roommate that her dad was here.

Except it was her boyfriend checking on how she had settled in. The rest of the weekend was awkward.

Age-gaps are divisive. Some people care about them and some don’t. People who don’t give a fuck if a guy is eight years older can’t understand the prissiness of the girls who would rule out a date because he was in the year above.

Though I’m in total agreement with the saying that age doesn’t matter in a relationship, my friend wouldn’t even consider a date if he’s more than three years older. Another friend won’t see a guy unless there’s a gap of at least two years. It’s all super confusing and down to personal preference.

In my mind, as long as it works for you, a date is a date. Why should you care if the guy you’re seeing is 10 years older if you’re both having a good time?

Let’s be honest though: A date with a guy in college is definitely going to be different from a date with someone in their late 30s. I’d always been curious to see just how much of a difference there’d be. Did age really determined maturity? Was it just college guys that were after a hookup? Could someone in their late 30s actually be politer than your average 21-year-old?

It was time to put this to the test. 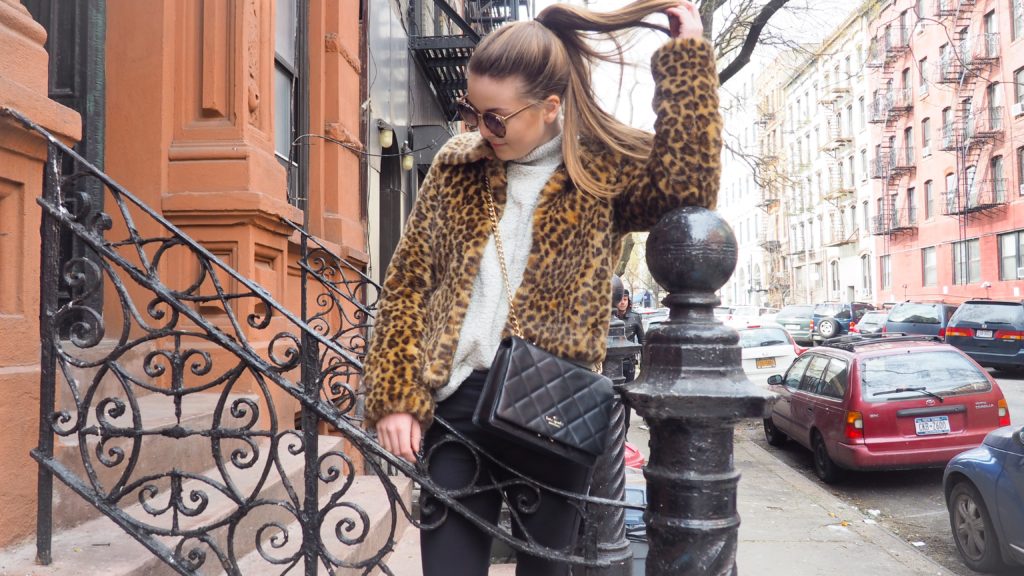 After a bottle of wine and widening the age brackets on Tinder, I had three dates with guys aged between 21 and 39.

When I agreed to meet up with a 29-year-old I kind of expected a lot of pop-culture references that I’d be too young to remember and a fair bit of patronization. After all, I still eat ramen most nights and don’t really know how to change a lightbulb.

Mark was 29, an investment banker, and listed running marathons as his main interest. Is it just me, or do men suddenly become interested in running long distances when they hit their late 20s? There’s something about this that puts my ramen based eating habits to shame.

Either way, after two cocktails I had also developed an interest in running, specifically away from Mark. Though the date had proved that older did mean better manners, the talk about his friends’ long-term relationships was exhausting. Mark was certainly bitter about attending weddings minus a plus one.

If you’re already being invited to a couple’s dinner on the first date, this is an obvious red flag. In this case a gentle let down didn’t do the job and for a solid month after the texts just didn’t stop: 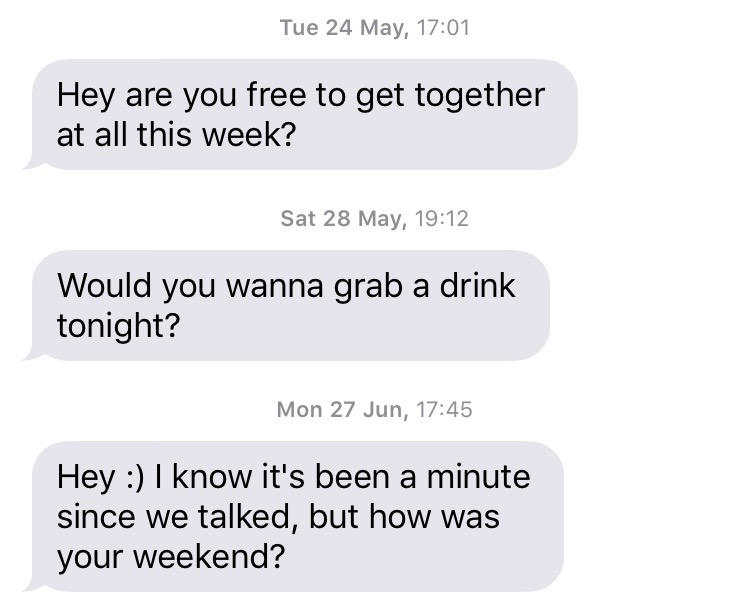 The second date was definitely the weirdest. I just couldn’t get my head around the fact that at 39, he’d only be 11 years younger than my own dad.

If you want a polite and established guy however, older is certainly the way to go. An evening spent with a 39-year-old taught me to expect a restaurant with tablecloths rather than a beer and one-dollar pizza. The text I received later however proved to me that they’re also far more likely to expect you to do adult things.

Yes, he asked me to a christening for our second date. It turns out that he was the only childless member of his close friends. If you’re going to date someone in their late thirties this is kind of to be expected. If, like me, you’re not planning on children anytime soon this may be the time text your friend for the rescue phone call.

A date with a college-aged guy usually follows the same pattern. They’ll ask you to a bar for a beer and maybe a concert if you’re lucky. Sure, the game of pool will be far more fun than worrying about spilling your wine on a white tablecloth, but the invitation to go home with them on the first date will be slightly less so. So, for what his keenness portrayed, will be the prospect of taking his virginity. This date didn’t end up challenging any of these stereotypes.

Expect lots of talk about exams and studying and, if the date goes especially downhill, the awkward “Can you get this one? The rent is killing me.” Hear this and make your excuses. Go home and spend your time and energy on Netflix instead.

After three dates and three more numbers to delete forever, I learned that stereotypes have to come from somewhere. The 29-year-old definitely wanted a plus one, the 39-year-old a life partner and the 21-year-old someone to take home that night. Though age is irrelevant if you’re on the same page, I obviously wasn’t going to see someone focused on families again as it’s something I’m really not interested in.

After all, he probably had more in common with my dad than me.