One woman on why she voted for Donald Trump 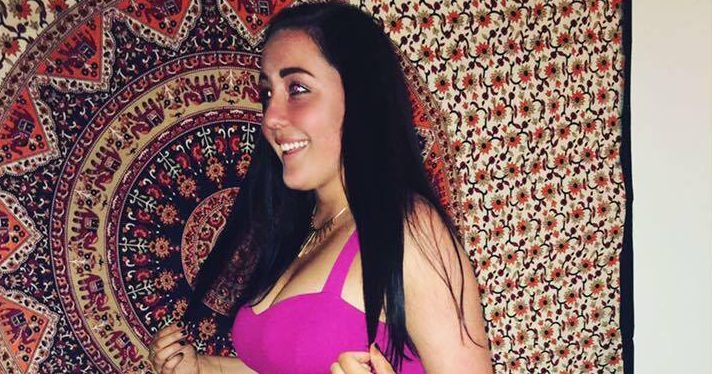 The thought of someone so vile taking office and being the main representation of the United States is frightening. With Donald Trump’s numbers falling in the polls and Republicans speaking out about the decline of their political party, those who are still Trump supporters (especially if you are a woman) tend to be fascinating.

I meet with Sophomore and Criminology and International Affairs major, Lexi Foote at a Dunkin Donuts near the Florida State University campus. She grew up a Republican and had strong influences from her family. Security, she told me, was particularly important to her as she wants to work for the FBI or CIA.

I don’t agree with many, if not most, of her views, but it was nice to have a conversation with a Trump supporter who didn’t want to preach their views down my throat. We just both understood we didn’t agree with one another. 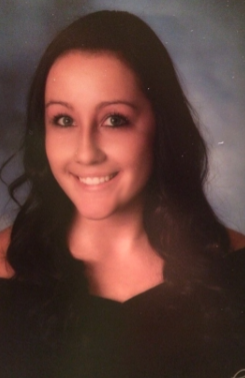 What are the main views that drew you into choosing Donald Trump as your main choice for president?

Well, I grew up in a Republican household where most of the time I just heard my parents complaining about taxes and about how why should we work to provide others who don’t work? I was 16 giving away a lot of money to whom?

People who can’t get up and find a job? No. I needed that money too, so why should I be giving it up to others? We live in a country with relatively equal opportunities where you can make it if you try, so in respect to Trumps views on taxes, I highly agree with him.

His stance on gun control, education, crime, foreign policy, immigration and national security all appeal to me as well. I think Trump says what most of us are thinking and he’s not afraid to say it. He’s pretty honest.

What is your favorite and least favorite aspect of how he campaigns?

My favorite is, I see Hillary making it her mission to create negative ads about Trump, yet he doesn’t reciprocate. He knows not to waste his money. We need a businessman, not a politician in office. Our 20 trillion dollars in debt is INSANE. We like just paid off the Spanish-American war three years ago. That’s ridiculous.

My least favorite is that I don’t like how he interrupts a lot, or how he denies he says things when there’s like hard proof that he has said it. It just makes him look dumb. 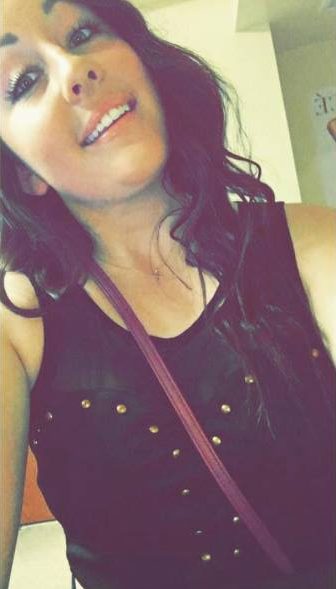 What do you believe Trump can accomplish for women if he is elected into office?

I think he will accomplish a lot for women, and not even just women but for everyone. Now that the public has basically deemed him as a sexist I have a feeling he would want to prove them wrong. Women already are making such strides on their own; I don’t think they need any type of recognition or help from Trump to be successful.

And I’ve been taught to believe that you can judge a man by how he’s raised his kids and how they have turned out. So in my opinion, his kids have become successful and have turned out remarkably. My mom always said that that speaks volumes about a man. 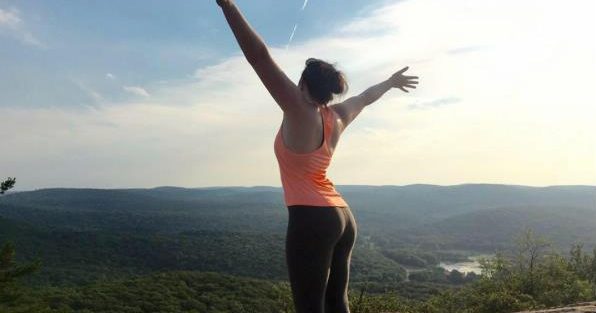 Trump said women should be punished for having abortions, how do you feel about that?

This is sort of hard to answer because I have a mixed opinion. I’m pro choice, as in if I were to get pregnant young I would not be able to support that baby and I would get an abortion. However, Trump is conservative so what do you expect? I mean he agrees that abortions are acceptable in the case of rape, and incest, which I think everyone, should agree on. But also I agree with him on the fact the government should not fund abortions.

I think Trump being pro-life is a good thing, like he doesn’t want to terminate a child’s life. As far as punishing women for it, I take that as a figure of speech just to get his pro-life point across. But I haven’t looked into this comment too much. This shouldn’t define his candidacy. 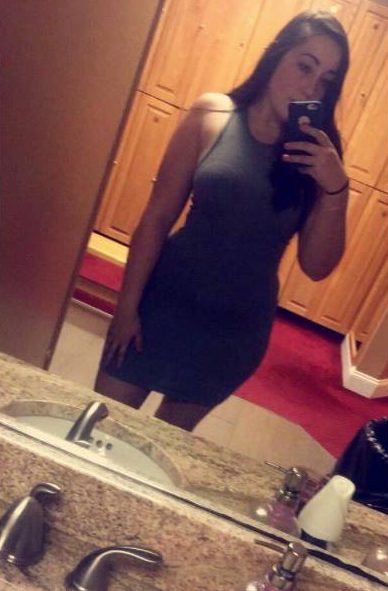 Trump has made some pretty odd remarks about women (fat, pigs, slobs) – how can you support a candidate who has said such awful things to women?

People are so sensitive these days and I think that’s why some people look at me crazy when I say I’m voting for him. Trump doesn’t “hate” women. He’s created an empire, hired tons of women, and has a daughter. He may have joked about a few women, but he ultimately treats them equally.

Most of these comments were from years and years ago, do you think he knew in 2016 he would be running for president? Probably not, and maybe he would have had a filter. I’m not trying to justify his actions but being president doesn’t call for making women feel beautiful and fluffy inside. You don’t need to feel demoralized by one man you’ll probably never meet. Fuck his opinions on women, we have real shit to deal with like ISIS and such. 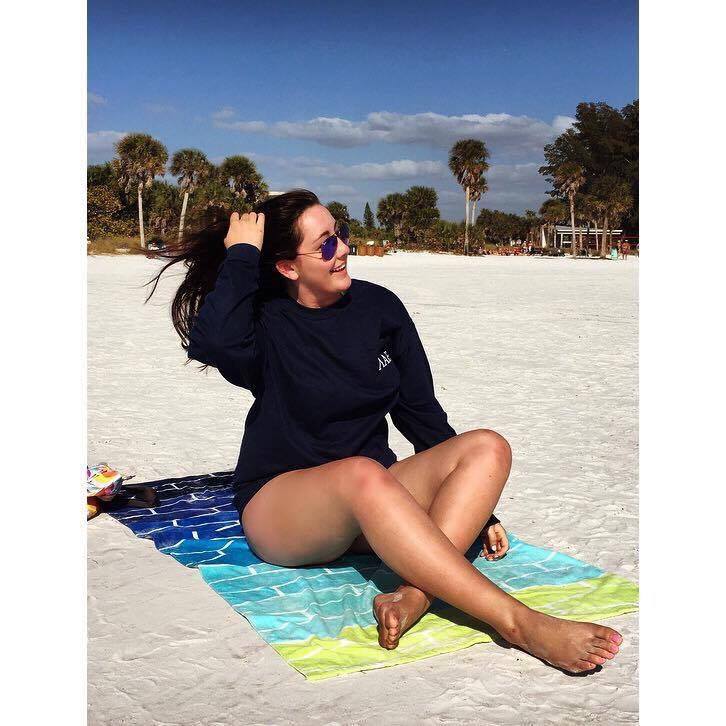 Immigration is a big problem facing America, according to Trump. Do you support his ban on Muslims?

Okay I’m going to be real blunt about this. Yes we have a significant rate of illegal immigrants, not just Muslims but of Mexicans etc. I think strengthening our borders is a good thing. If Muslims don’t want to be categorized as terrorists, then stop giving us reasons to believe that! It’s like they’re living up to their stigma, and I know this is horrible to say because not all Muslims are bad and I get that, and with ISIS on the rise, I think we have a right to [temporarily] ban any group of people to come to the U.S.

With his skittles reference, I understand it perfectly. Why let all of them in if say maybe 10 of them are terrorists? Would you rather take them in, have those 10 kill millions of Americans in an attack on 10 different cities, or just not let them in at all? After 1993 and 2001, it doesn’t seem unfair for us to want to take precautions.

I get that this might sound racist, and some could say well that’s like saying “all white people are rapists” but my point still holds true for anyone. We might not know who the rapists or terrorists are in these groups but that’s why we would need extreme vetting. It’s really just that simple in my mind, which I know is easier said than done.

Also, you just don’t know what people’s intentions are. Like I could go join ISIS right now but I don’t think anyone would suspect me to do that type of thing because I’m white. So with a group in which has a strong tie to terrorism, our safest bet is to just be extra cautious. The president’s job is to worry about our country first. And maybe the ban might be a tad excessive, but I also would support just extensive background checks and all. I’m all for people entering legally and safely, no matter what race. I think Trump is really just set on ISIS and how the majority is Muslim. It’s sad that we live in this kind of world where stereotypes still exist, but it’s our job to raise our kids the right way so we can diminish these stigmas.

But if it were up to me, Beyoncé would be president.