Men’s chokers are now a thing, proving 2017 is off to an excellent start

Even Harry Styles has one 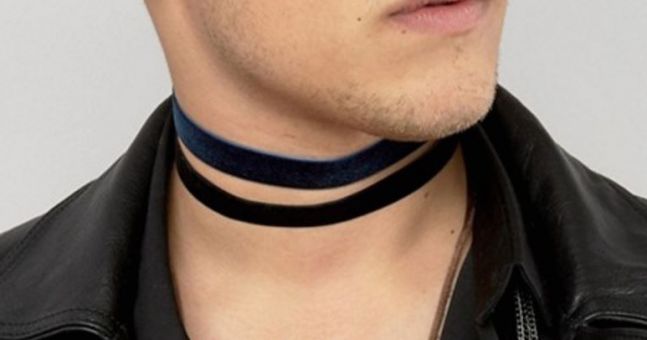 Women have long bitten off menswear to incorporate into our own #looks (hello, pants!) but it looks like it’s finally their turn because man chokers have swept the internet as the first major controversy of 2017 and honestly, we’re very much here for them.

I mean, if we’re going to risk strangulation in the name of looking cool, shouldn’t men do the same?

what do you mean boys can't wear chokers pic.twitter.com/Xio8t70yDw

Last year, it was male crop tops (for the record, also here for it) that tried and ultimately failed to make a mainstream crossover — but it looks like these dudely chokers might be here to stay. The women’s choker trend might be dying out but apparently it’s just getting started for the men in our lives.

Debuted by ASOS just a few days ago, the tiny piece of fabric has already stirred up more online drama than an Azaelia Banks tweetstorm.

ASOS have started selling men's chokers ? can already tell 2017 is gonna be a shite year pic.twitter.com/QrWiIfBLtT

Supporters of the trend have been quick to point out that 70s-channeling style icons like Harry Styles have been casually rocking man chokers for a few years now. And, of course, there is the totally valid fragile masculinity defense. Because it totally makes sense that a literal piece of cloth would deem someone unworthy of being a man, right?

Are people scared about their sexuality/ masculinity that they can't accept men wearing chokers ?? come on pls.

Even certified daddy Matt Lauer felt compelled to rock a man choker himself when discussing the trend on a segment of The Today Show.

It’s 2017, guys. If boys can be Covergirls and girls can do everything (except, I guess, be president) then we can certainly deem chokers genderless.