In every breakup, you’re either a Selena or a Bella

Which one are you? 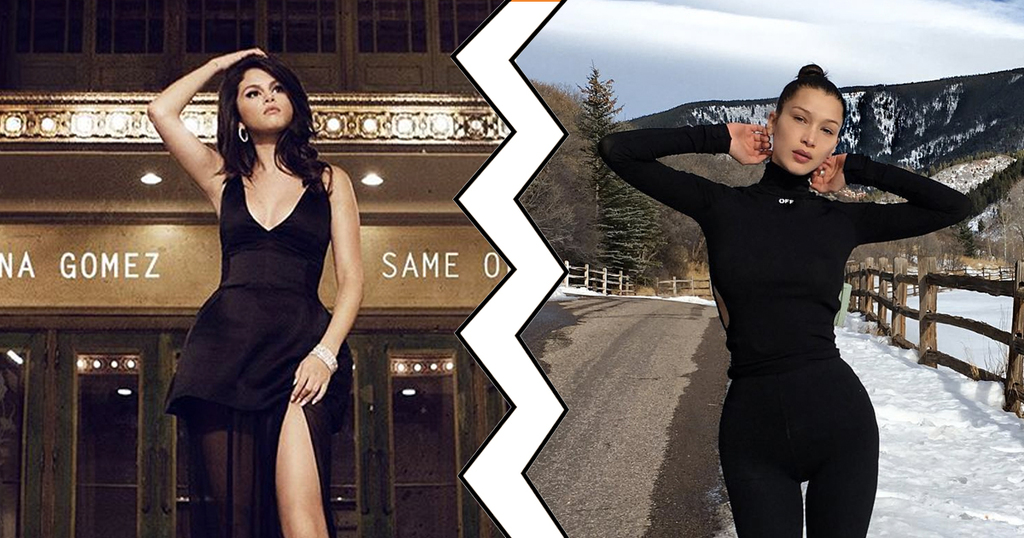 Our collective worlds were rocked earlier this week when TMZ released a series of photographs depicting Abel “The Weeknd” Tesfaye and ex-wizard Selena Gomez kissing. And they were kissing like, a lot.

Even though they had been broken up for at least two months, a respectable amount of time by any means, the Internet was quick to rally around Tesfaye’s ex, professional pretty person Bella Hadid.

The usual amount of drama unfolded, with pictures of bare asses, Instagram unfollows and rumors of squad drama. This breakup, though filled with people much hotter/richer than us, is something we’ve all been through. And it revealed something: you’re either a Selena or a Bella.

Bellas play the victim, and they may or may not have the right to. Selena and Bella were hi-bye friends at best, and she’d split from The Weeknd even before the VSFS. She’s been positioned as a martyr, as an Anistonian figure of broken dreams and dashed hopes. And then she unfollowed Selena.

BELLA HADID UNFOLLOWED SELENA, WE ALL WOULD,

There might be some validation for her wounded ways, though. It’s a stretch, but The Weeknd and Selena might have been involved while Bella was still in the picture. In his song ‘Party Monster’, The Weeknd sing-describes getting with a woman who has an “ass shaped like Selena.” We all, of course, thought this was a reference to slain Tejano singer and my own personal hero, Selena Quintanilla Perez. But now that this new information has emerged, this are…murky.

We’ve all been Bella at some point, burned by the girl he tells you not to worry about. Which brings us to the other kind of woman:

If you’re a Selena….

No one necessarily wants their new boo’s ex to hate them but if it happens, it’s pretty fucking fun. I’m sure she got an earful from a Hadid proxy before going public with The Weeknd, which might be why she’s flexing him for the camera like a new Cartier watch. Selenas revel in the controversy they’ve caused because they know they haven’t done anything actually wrong. When the ex overreacts, gentle taunting becomes fun. Which might be why Selena posted this picture just hours after being unfollowed by Bella:

You don’t have to be confined to being either a Selena or Bella forever, though — it changes every time you switch partners. We do have one clear winner, though: The Weeknd.