Don’t panic, I got u

Is there anything more horrifyingly heart-stopping than accidentally sending a mean screenshot or text to the person you’re talking shit about?

It’s been literally years but I still full-body cringe when I think about the time I sent a text that said “[Redacted’s] breath is stale AF ?” to the person I was talking about.

Because I’m a shady, sneaky bitch, I slithered out of the situation unscathed like Satan in snake form. Here’s how you too can come back from the ultimate of all bitch crimes:

Turn it back around on them

This is the easiest save for when you send the wrong person a screenshot. Send a text immediately after that just says, “What did you mean by this?” Sure, it’s a lil awkward, especially considering there would be no real reason to send a screenshot and a question, but much like using all of your roommate’s high-dollar vodka to mix with Sprite, it’s about plausible deniability. 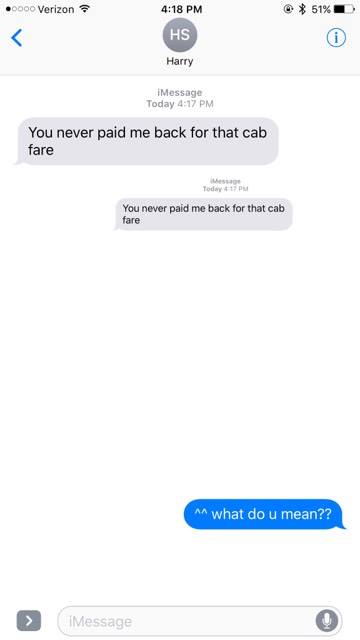 DEPLOY! NOW! NOW! Send memes, send nudes, send a hundred pictures that all look exactly the same — just have your friends blow the group chat tf up to hide whatever sinister shit you sent. Will they still see it? Honestly, 50/50 but what do you have to lose? You’ve already exposed yourself as a monster, might as well. 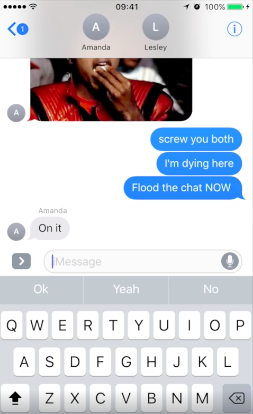 This is your best recourse when you’re talking shit about bae. Just send them a nude. Instant distraction. Actually, a fire nude should always be in your back pocket just in case of emergency. Text fuck up? Send a nude. Failed a test? Send a nude. Terrorist attack? Nothing to lose, Snap him a titty.

Destroy the evidence at all costs

The trickiest but most effective method of undoing your evil is to delete the message off their phone. This is how I got out of Stale Breathgate. Don’t just ask to borrow their phone — ask to borrow their calculator. Sneaky, ya? There’s no good reason for them to not hand it over, and you’ll be able to erase your crime and get away with it like OJ. 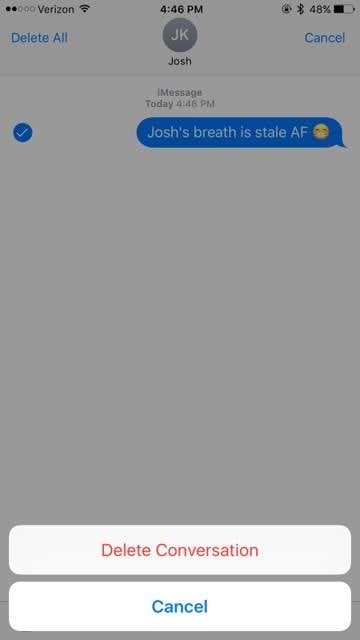 Just pray they don’t have an Android or you’ll spend 10 minutes trying to figure out how to open the inbox while your palms grow increasingly sweaty — not that this has ever happened to me.