The Bachelor is basically just a white collar prison

We sat down with UW-Madison student James Viall, Nick Viall’s little brother to talk all things The Bachelor. Here’s your exclusive behind-the-scenes look at what it’s really like to be the brother of one of the most famous personalities in Bachelor history.

James Viall is a fourth year studying computer science. He’s from Waukesha and is the youngest boy of his ten siblings. Throughout this interview I came to the conclusion that James is a pretty cool guy. He has the same sneaky charm that his brother has, many of the same mannerisms, and a dash of cool-guy hipster type to top it all off, but you can judge for yourself.

How has Nick being on The Bachelor affected your life?

I wouldn’t say that it has profoundly affected my life at all. If anything it’s only occasionally made it a little more strange just from random interactions with people. The strangest one was during one of his bachelorette seasons. I was long boarding down Gorham, and I turned onto Bassett, someone screamed out the window ‘Nick’s brother!’. I was like ‘what’s happening’, and then proceeded to have a very weird conversation with someone who was four floors up. It was very weird.

Has The Bachelor affected your dating life at all?

No, I mean well not that I know of.

Do you think it’s possible to find love on the show?

Yeah, I mean I wouldn’t say no. I would definitely believe in being able to find something like that anywhere. The show just happens to have a really strange environment to do so. It might be viewed as unnatural or avant guarde maybe. It’s an accelerated environment, and it’s strange, but I think it’s totally possible. It doesn’t make the process any easier, but it’s within the realm of possibility.

Do you watch the show?

I have a hard time keeping up with it live, but I usually try to do so retroactively within like a week. The first show was really strange, it was just a little surreal. After that it was just kind of cool. This season was definitely the strangest to watch, mostly because seeing him in that position and knowing him as a brother and knowing how he works more than most people, just makes it a little more crazy.

On one side, everything that he does and that he says is him, and 90 to 100 percent of the time he would stand by his own actions and his own words, or at least own up to them. On the other side of the coin, there is a lot of heavy editing in the show that can sometimes inaccurately people, and I think everyone on the show becomes a victim of that at one point or another, and it’s usually how viewers play off of that. As far as an outside person’s view of him, most of the time it’s pretty irrelevant, and it usually doesn’t phase any of us.

Do you get to talk to him while he’s on the show?

On the show no, and officially I don’t think anyone talks to anyone who’s on the show while they are on the show. It’s kind of like a white collar prison. I know they’ve removed TV’s from hotel rooms, in order to keep up that accelerated environment they don’t want the outside world distracting them. They want them focusing on what’s happening now. 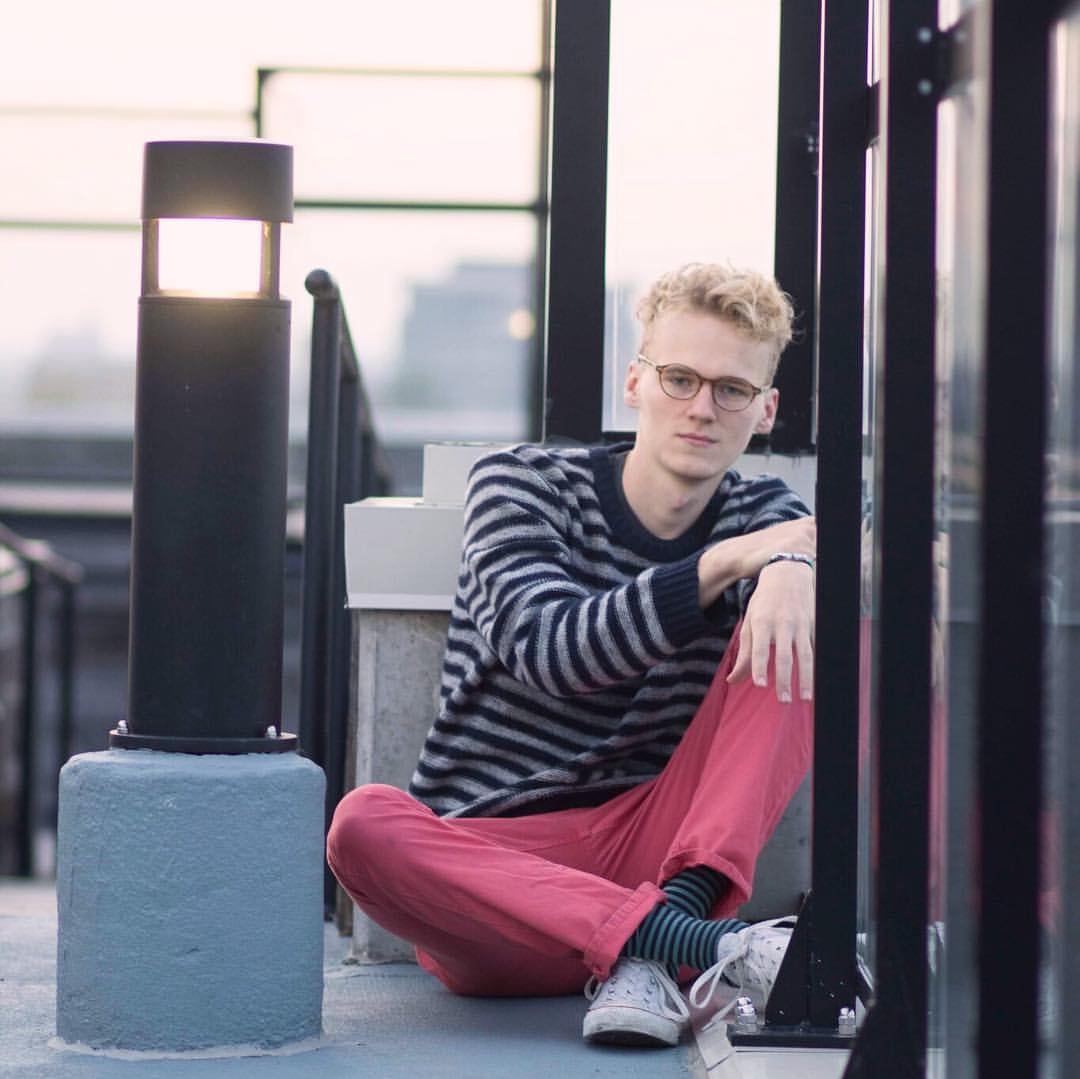 Were you in any of the hometowns?

This season no, because I was too busy with school, but I was in previous seasons (Andi and Kaitlin). It was very surreal.The first time they were actually at our house it was the most surreal, and then the second time it was kind of a been there done that situation.

What are the hometowns really like, are they at your house, does your mom really cook?

It was a really long five to seven hour process, and yet when everyone left the house and the whole production team was out, it was like what just happened. It was a long time for three to four minutes of show time. It’s definitely at our house, and that time my mom didn’t happen to cook the meal but she was too busy with other things, so they helped us out. I would compare it to any type of interview situation where it might be kind of awkward at first but if you’re able to get over that bridge and just have a conversation, it makes it a whole lot easier.

Was it ever scripted?

Nothing is scripted so to speak, but they need to be able to start something off. They might suggest questions, but nothing’s imposed. 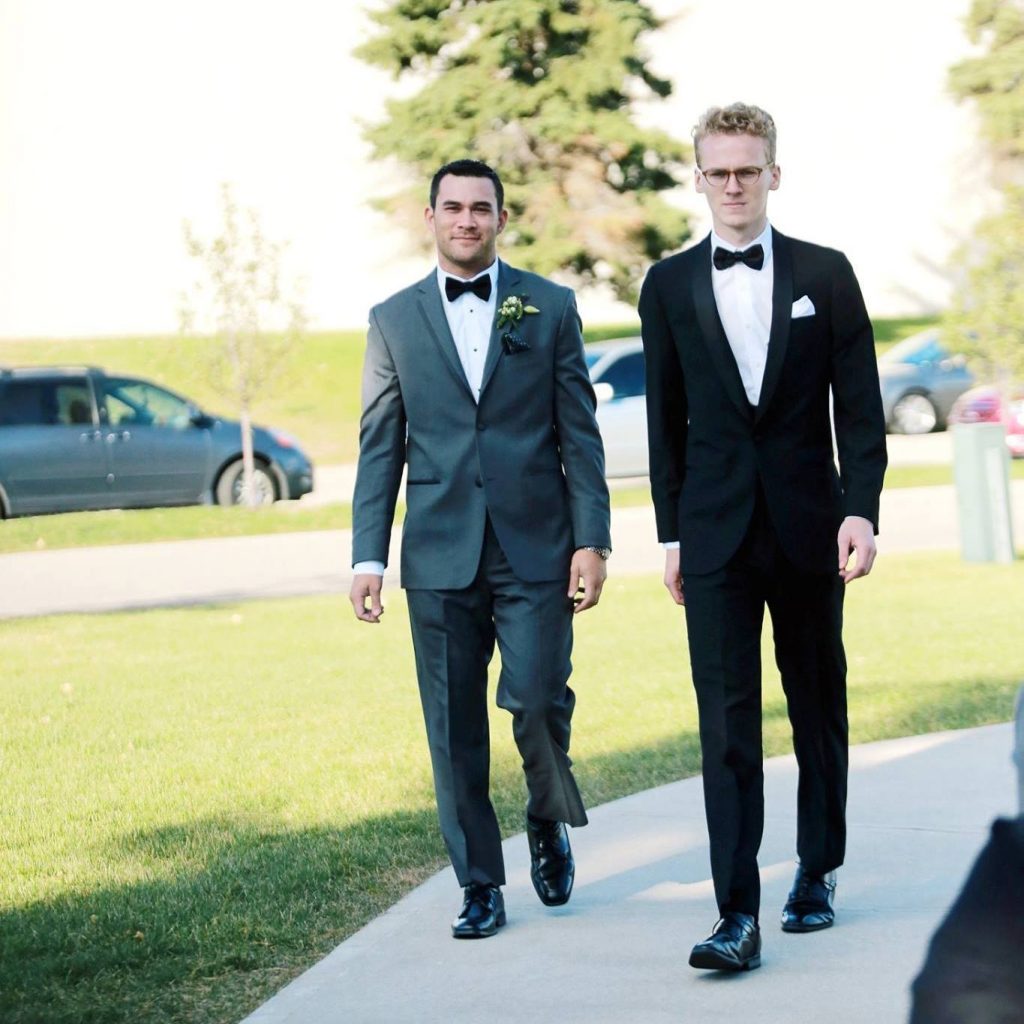 How do your parents feel? They must kind of be getting used to it.

I don’t know if I would say that. They are supportive. I think that my parents and Nick are very happy that this is the last dating show he will ever be on. They’ve been supportive through the thick of it as is our entire family. It’s his life and his decisions, so it’s not for me to say if he should be on the show or not.

How did Nick first get on the show?

His friend put in an application for him, and I honestly think that’s how most of them go. I don’t think very many people are like I’m out of options, so now I have to do this. I think it’s usually like a really good friend of the person is like ‘we need to get our friend off the market, so let’s just do this.’ Maybe its a joke, but let’s just see what happens. That’s how it went.

Was Nick ever like I can’t do this anymore?

With Nick, and this kind of runs in the family, he doesn’t usually take on the mentality of I don’t think I can do this. I would totally say that there is caution in his decisions. In the very first season there were a whole lot of unknowns, but most of the time I think it was a mentality of why not? How much does one have to lose?

What did you think of Corinne?

I thought Corinne was kind of great. She’s pretty funny. The reasons why people questioned her are very similar to why men on The Bachelorette seasons before questioned Nick for his actions. And that was just being forward with their feelings and being proactive about what they want. I don’t really have anything to say about the Taylor and Corinne drama. It was at most entertaining to watch. 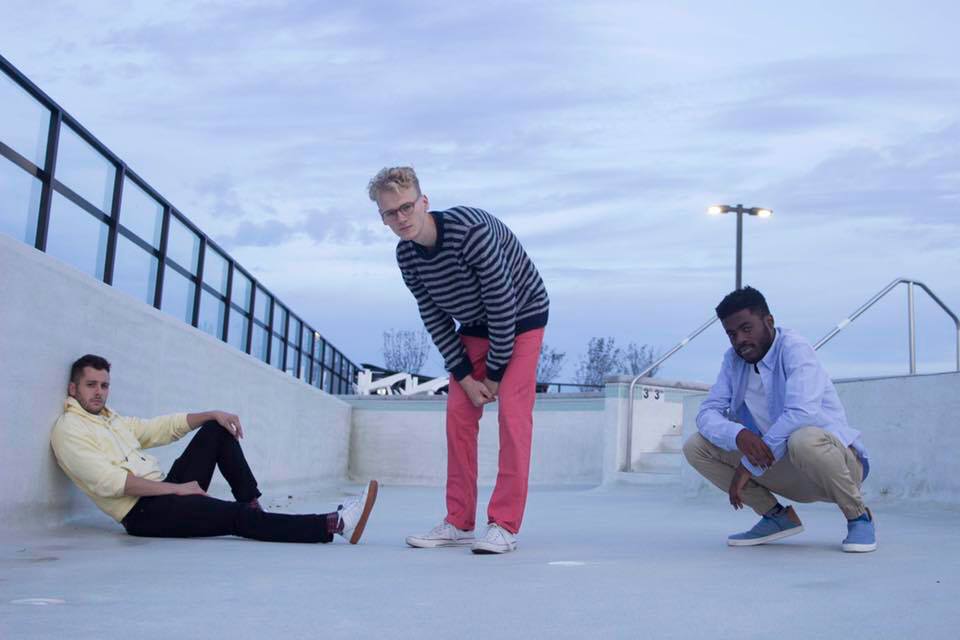 What have been some of your favorite moments?

I thought the zero-gravity space date with Vanessa was one of the coolest things ever. I’m extremely jealous of Nick for having that experience, and I don’t know if I’ll experience anything like that ever. That was mind-blowing. In general I would just say I’m pretty proud of how he handles himself and how he treats and respects the people on the show. I know I’ve always found those instances to be something to be proud of and to look up to. So, those were some pretty good moments. That’s a tough enviornment, and one of the things that’s been different watching this season compared to previous one’s is I could never put myself in that position to have to make those kinds of decisions, and I have to give him props for being able to do so, and to do so while maintaining that level of respect and consideration for all of those people.

Would you ever go on The Bachelor?

Not after this season no. I would just like to think that I will be able to succeed before being able to get to this point. It’s never like a goal for anyone to be on the show, but if it happens it happens. I would prefer that the show was not my last resort, only because I just think it would be a hell of a lot easier to do it otherwise. I also don’t think I would be as good at behaving as Nick is.

What does Nick want to do in the future career wise?

I think that’s fairly open ended. I know he’s working on a personal business with a mens grooming line, in the works. I know he’s excited about that and working on that. I think he’s just looking to make the most of whatever’s on his plate, and taking opportunities as it comes. That’s the same mentality that got him on the show and to where he is today.

So, Nick’s going to be on Dancing With the Stars, is he a good dancer?

I think he’s the second best dancer in the family.

Are you number one?

Yes. We’re all decent dancers I think. None of us are profound dancers by any means. We’re really good at flailing our bodies.

You obviously know how it all ends