Tomi Lahren just announced she’s pro-choice, so apparently there’s some good in everyone

‘You can stay out of my guns, and body’ 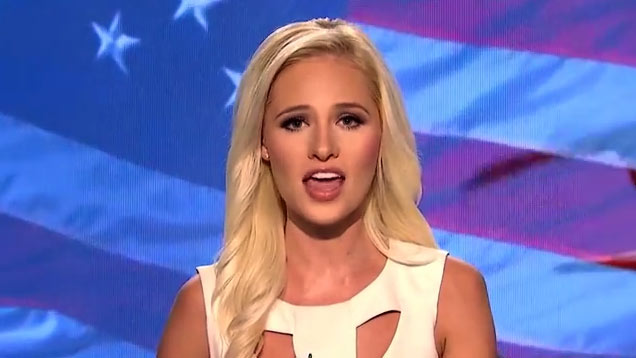 At the end of an interview with The View this morning, Tomi Lahren, infamous conservative political commentator, defended her stance as a pro-choice Republican, and the audience burst into applause.

“I can sit here and say that, as a Republican, you know what, I’m for limited government, so stay out of my guns, and you can stay out of my body as well…”

In July 2016, Lahren wrote a tweet comparing the Black Lives Matter movement to the Ku Klux Klan, and among other tweets and videos, has since had a hard time legitimizing any stance of hers even slightly left of far right.

However, after her defense this morning, it seemed women in the audience, on both sides of the political spectrum, were impressed.

“See? I told you we wouldn’t bite!” said host Sara Haines as she and Paula Faris smiled and held Lahren’s arm.