I tried asking guys on Tinder for $5, and the money came pouring in

The best possible use for tinder pic.twitter.com/bYs49yEds6

In her bio she wrote “Send me $5 and see what happens”, and they came in droves.

So I decided to give it a shot as well

It’s honestly hard to feel bad for taking money from them when they’re just so darn stupid, so I got over the guilt pretty quickly. If we have to deal with it all day every day we might as well capitalize upon it, right? 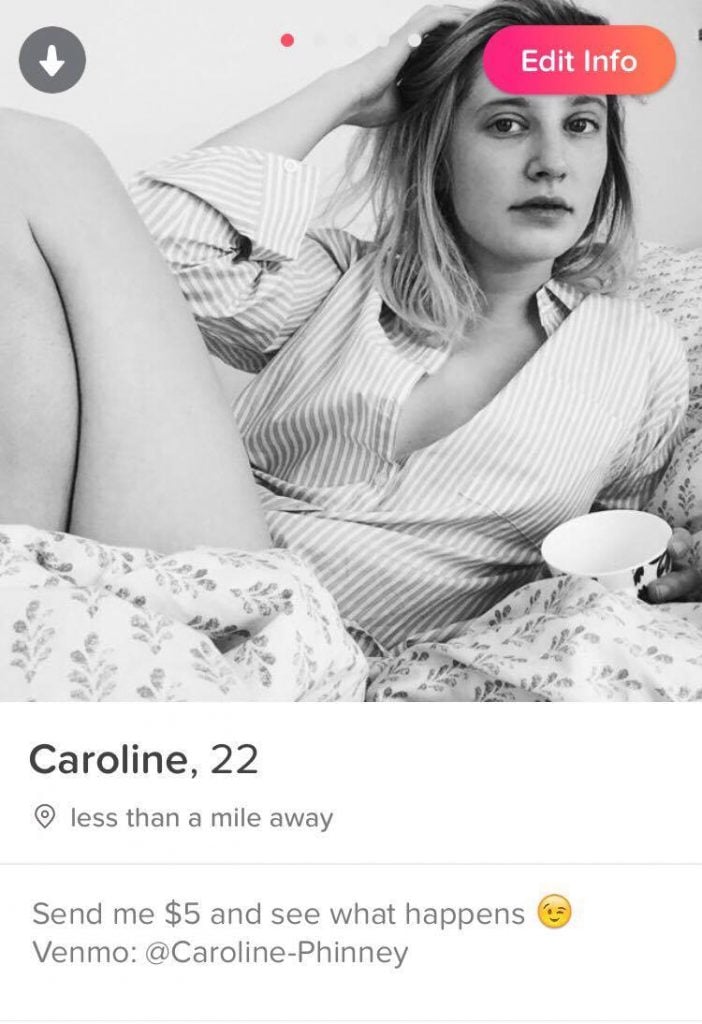 To you that may not sound like a ton, but the average American makes $211.36 in a work day, and all I did was sit in my bed on a Sunday eating Cheetos and swiping right.

At first I was skeptical of how well it would work

They can’t be that stupid I thought. Will they call me out for it? Will they think I’m a really less-than-average bot? Will my account get reported? 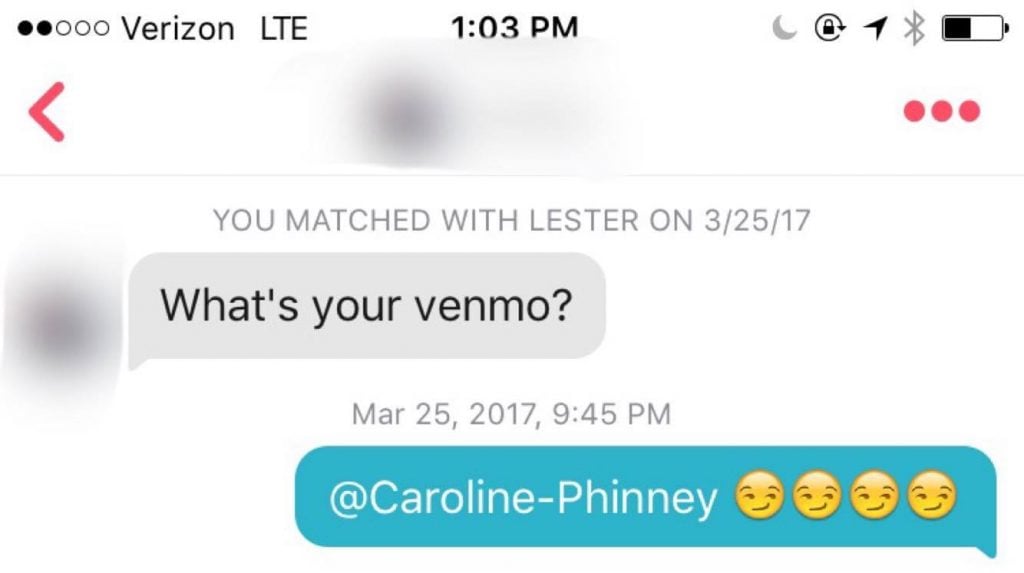 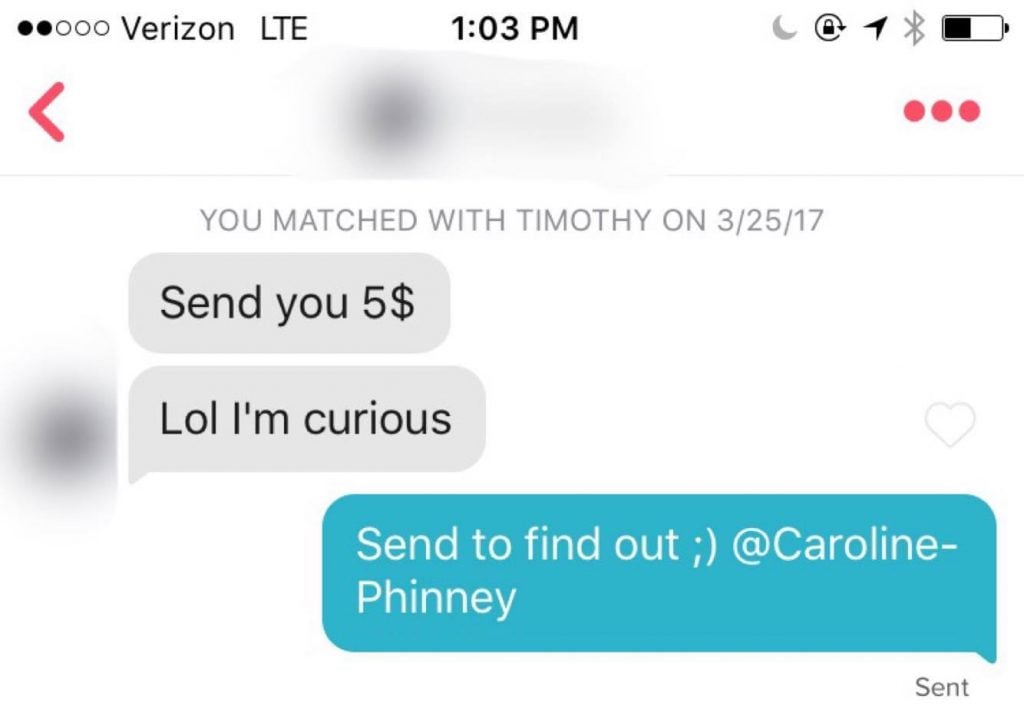 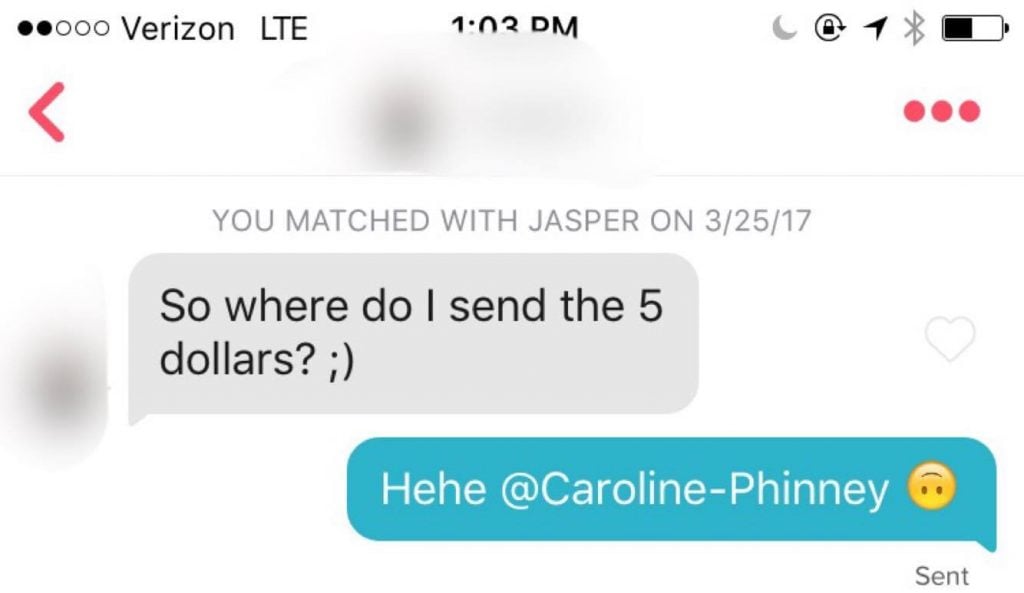 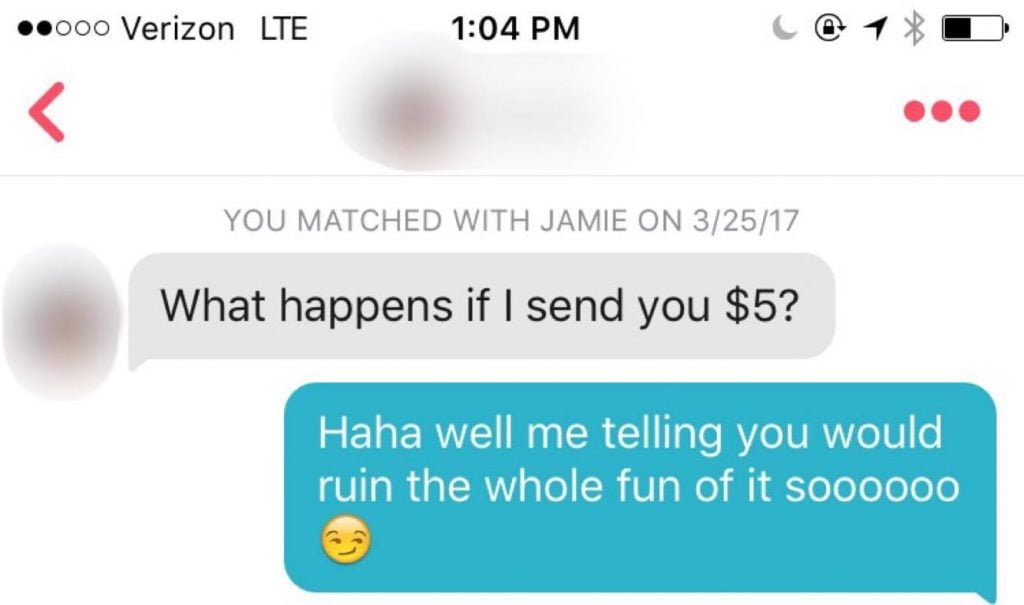 And the ‘down payments’ began

But for the most part, they were just a bit off.

A few guys got really mad

Some got upset when they realized this was all — shock! horror! — a scam to get them to give me the money I deserve and then un-match them. 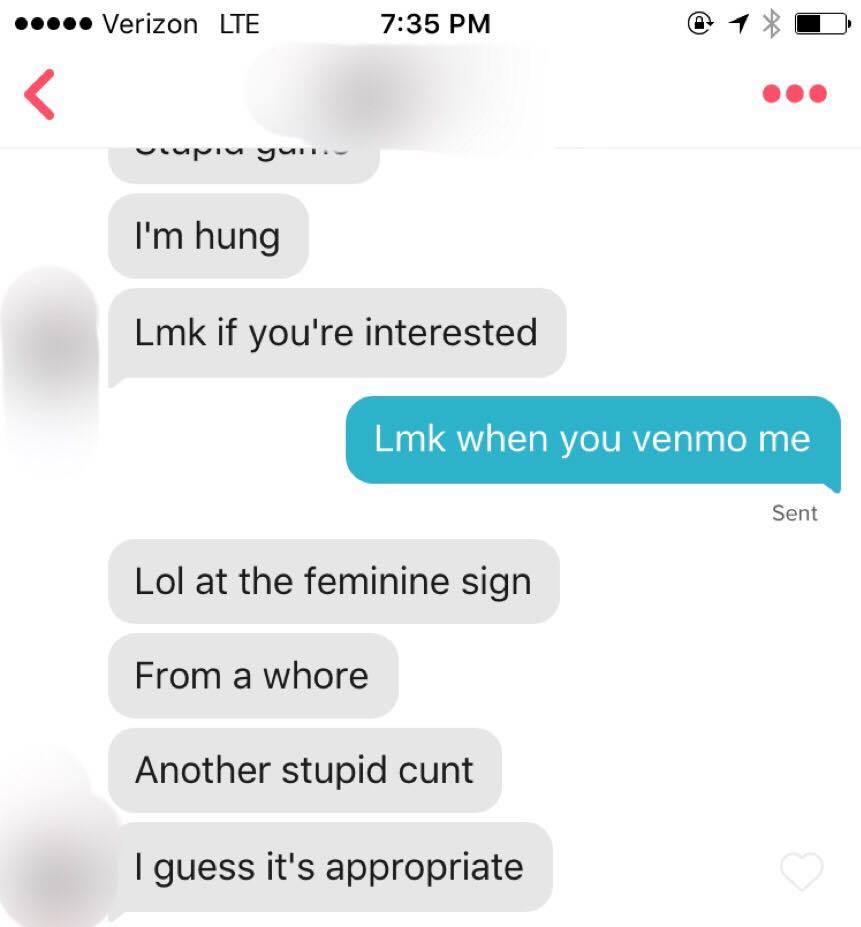 And some had other ideas

At one point, I even had the chance to meet this lovely, completely normal gentleman who definitely had no intentions of murdering me. 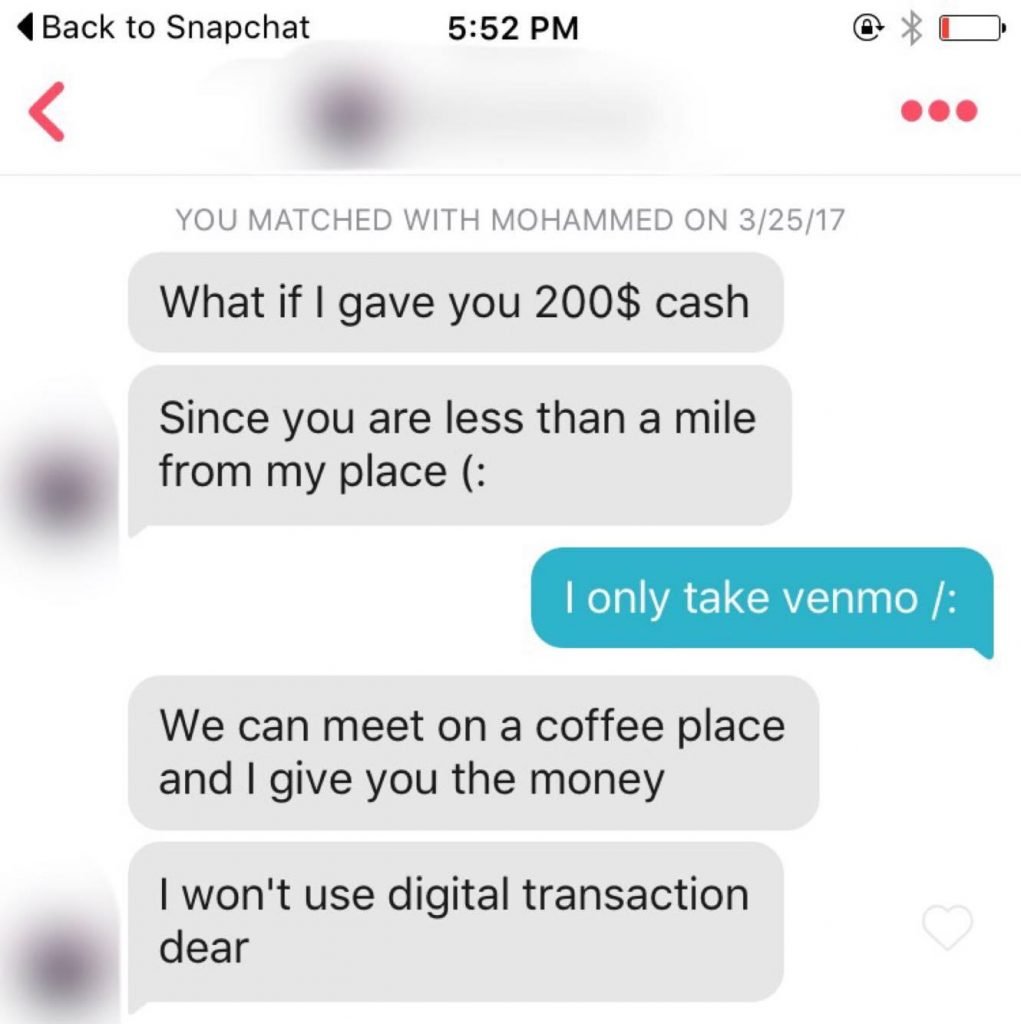 They knew I was working on this project, and they set me straight pretty quickly. 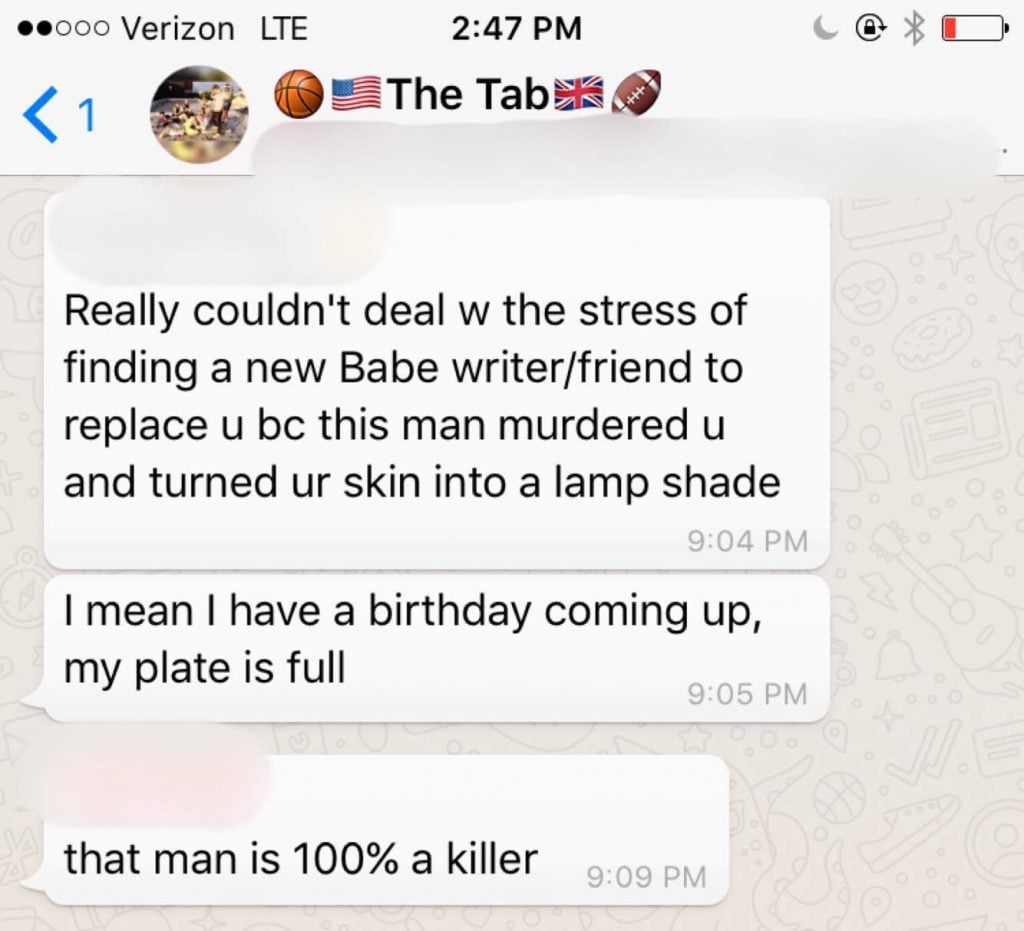 Part of me regrets not going, but the other part of me knows it wasn’t meant to be :/

That said, I will certainly not feel bad transferring the rest of the money into my bank account, and I will definitely not be stopping anytime soon. 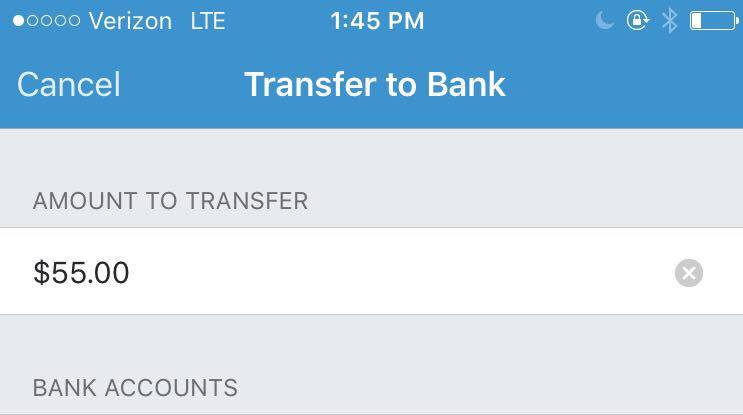 ● Here’s a list of easy ways you can scam money out of idiot men online
● This guy tried to scam five girls but don’t worry — they John Tucker’d his ass
● I requested money from celebrities to see what would happen, and some of them ACTUALLY paid me