Maybe he should make himself relevant next 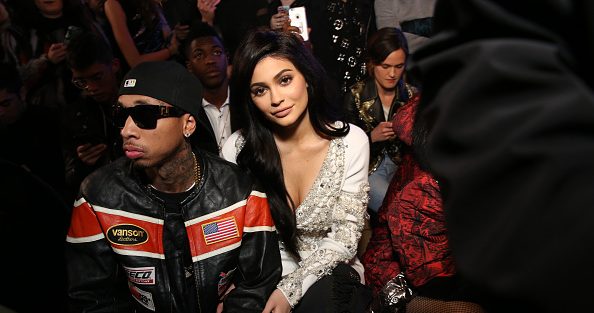 In an interview with “The Breakfast Club” radio show this morning, Tyga finally came out with it and announced he’s the one responsible for  Kylie Jenner’s glow-up — and people cannot stop laughing about it.

“I’m always ahead of the curve …. I knew she had a lot of potential. I feel like I was put in that position to help her,” he told the host.

And it wasn’t only his ex Kylie’s rise to fame that he was taking credit for. He thinks he made Blac Chyna, too.

But most people are just wondering how he managed to make them both so relevant when can’t manage to make himself relevant. For now, that mystery remains unsolved.

If Tyga made Chyna & Kylie relevant, how come he didn't manage to make himself relevant? ?

“Before I got with her, people in the urban world weren’t talking about her,” he said of Kylie.

“She’s younger than me so she’s dealing with perception. I’m older, so I can deal with, like, perception.”

Tyga talkin bout he's responsible for Kylie & Chyna glow up but what I'm tryna figure out is when he's gonna glow up. Nigga u ain't nobody.

Tyga said he got with Kylie and she glowed up as if he MADE that happen pic.twitter.com/t1bQJwkd7l

When Tyga says he was "ahead of the curve" when dating an underage Kylie, what did he really mean? pic.twitter.com/sL8Q0LXTcG

Tyga trying to fool his self that he is still relevant now that Kylie already left his ass. Go try to learn how to make real music.

When asked if he’d be getting back together with Kylie, he said “It’s not for me. When it was bad, it was really bad.”

Wonder whose glow-up he will be responsible for next.