Know your angles, know your worth 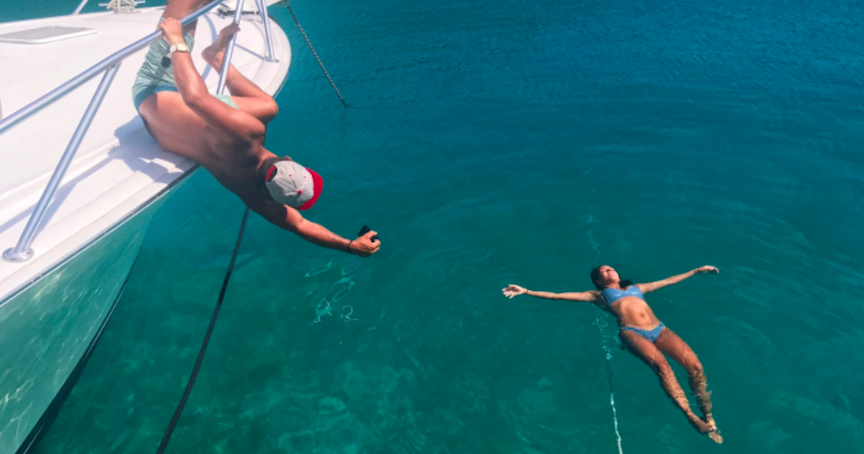 It is a truth universally acknowledged that a man handed a camera to take a picture of his girlfriend will inevitably take a shit photo.

Like dragons, men need to be trained to be the Insta boyfriend you want. Most guys don't understand the minutiae and the planning that goes into a bomb Insta so it's up to you to teach them.

Also — if your boy is not interested in becoming the Insta boyfriend you deserve, dump him. If he's not willing to hang off the edge of a boat for you to get the perfect shot then he's probably not willing to do a lot of other stuff and frankly, that's not someone you need to be wasting time on.

If you travel the world and don't have someone there to take pics of it… did you even really travel? ✈️ ??? #lifecoach #socialpowerhouse #travelblogger #boyfriendsofinstagram

First, it's important to educate your boyfriend on what an appropriate background for a photo is. You want the picture to scream "this girl has a great life/aesthetic/presence/etc," so it's important that you're not posing in front of anything that might make you look like basic as fuck.

#followmeto ?? Taiwan ?? with @natalyosmann. Guess the name of this place?

If you're posing on a beach you don't just want a bunch of gross people in the background of your photos. You have to make sure the background is clear so that you can be the star. You want them to think you were somewhere incredible and exclusive, not at the Jersey Shore. But if you are the Jersey Shore, you want people think it's a place worth going and not littered with Snookis and dented Michelob Lite bottles.

It's imperative he understands the difference between a background for a loser with a gross Instagram and a background fit for an Insta Queen.

It's not just about holding the camera vertical or horizontal. Yes, those things matter but sometimes you need to tilt the camera. Sometimes taking a photo straight on is not the best angle for your face. Sometimes you need someone to lay on the ground so you look as skinny as you think you are.

You look better from above? Well he should fucking learn to fly, then, to get you the shot you need.

Every girl has "her side" so letting your boyfriend know your nose looks better from the right is a great way to start. That way, he'll only ever take photos of you from your right side.

Getting the perfect shot isn't a sprint, it's a marathon. He needs endurance and the education to know that one shot does not an Instagram make. It's going to take A LOT of different poses, backgrounds, and angles to get the right picture.

You ain't got the angles Ye… #boyfriendsofinstagram #kimye

Sometimes, you'll take a ton of photos and realize that maybe it'd be better as a plandid or a portrait or a long body shot. It's key that you let him know this is a job, not a hobby, and he's going to need to be committed as fuck to getting you the shot.

There will be no whining. No quitting. No complaining.

If Barack Obama can take Insta photos for Michelle, then you can take a photo of your girlfriend leaning effortlessly against the bridge, Mark.

"Idc if you got the codes to the nukes…take the damn pic Barack!!!"

It'll take some time for you to teach him how to get the photos you want, but it will be time well spent. Just imagine all of the likes you're going to get now that your boyfriend isn't a waste of a human being and knows that there is a difference between a photo taken with flash and without.

And for the love of God, Jason, use the fucking photo grid.