Some girl Nicki Minaj beat the shit out of just came for her on Twitter, but everyone’s on Nicki’s side

She says Nicki stabbed her with a fork 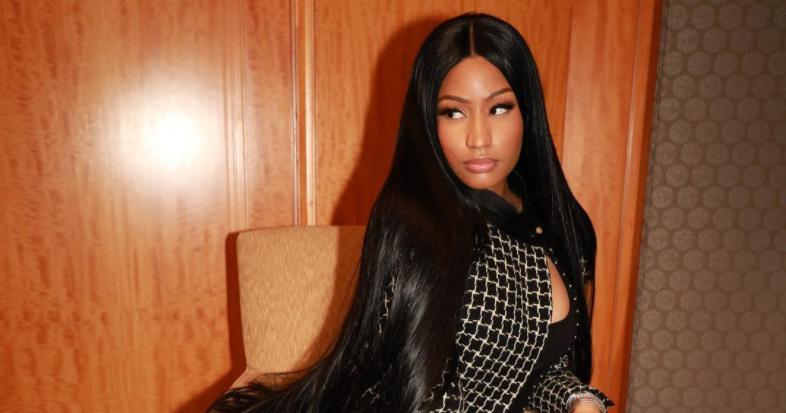 Nicki said she was at a slumber party and "snapped" so hard she started beating the shit out of some girl who was picking on her.

The girl's name was Dameka.

When I was about 11 I snapped @ a slumber party n startin beatin da shit out this girl who was pickin on me! Lmao. Her name was Dameka

Because people exaggerate on Twitter all the time, everyone liked it and then laughed it off. She and Dameka were surely friends by now — or at least made up.

The Tweet was probably a silly amplification of an otherwise low-key night, filled with boy talk and chick-flicks. The girls were definitely made up by next morning, and asking their parents to hang out again.

But we were wrong, because apparently Dameka holds grudges, and apparently, Nicki stabbed her with a fork.

This week, Dameka responded to her

"Bitch you proud of that?" she took to Twitter to ask Nicki five years after the original Tweet was posted.

"You ruined the party for everyone and I still got the scars on my leg from when you stabbed me with a fork."

Bitch you proud of that shit? You ruined the party for everyone and i still got the scars on my leg from when you stabbed me with a fork. https://t.co/znQqaaCx4c

Decades later, these women are hashing out a 6th grade slumber party.

Dameka also defended picking on Nicki to begin with

Nicki apparently had a big ego from a young age, and when Dameka told her she "couldn't sing and should stick to rapping," Nicki began throwing punches. We should have payed closer attention to the 2015 VMAs, and the onstage spat between Nicki Minaj and Miley Cyrus.

She's been scrappy since day one!

I told her she can't sing and that she should stick to rapping and she started throwing punches!

Ironically, it was the best career advice she ever took.

But people are still on Nicki's side about it

We should have payed closer attention to the 2015 VMAs, and the onstage spat between Nicki Minaj and Miley Cyrus.

She's been scrappy since day one.

You should’ve never started with her, nic can sing FYI pic.twitter.com/o4VYXWocdp

It's your fault for getting outta line
Queen snapped 😭 pic.twitter.com/pX5X1y03i9

Don't worry about Demaka, she is praying for herself

Today has been a rough day for me… Al this media attention over something that still haunts me. I'm contacting my pastor and we'll pray 🙏

Babe has reached out to her for a photo of her scar.

Stop private messaging me pictures of forks thank you