All the good, bad and ugly-drunk people you’ll meet in your UberPool

The backseat of an Uber is essentially another dimension

If you’re reading this, it probably means you’re a broke bitch with a taste for luxury. Same. It also means you’re problematic because you know damn well you should’ve deleted Uber months ago!

One day, us paupers (aka us too bougie or drunk to take the train) will live in a world where we too can afford Uber X’s for every ride, maybe even an Uber Black! Who knows! I could start working in finance! Read: Dating someone who works in finance…I'm tired. As much as we want to go straight home, we — those of us below a certain tax bracket — sometimes have to take the road less traveled. A road that tends to include two to three other riders and maybe a complimentary water bottle and stick of gum.

In the interim, I present you with some laughter, some triggers, some first world problems, and all of the people who will likely enter your UberPool, with illustrations by Hilton Dresden.

The One Who Tries To Sneak A Friend In 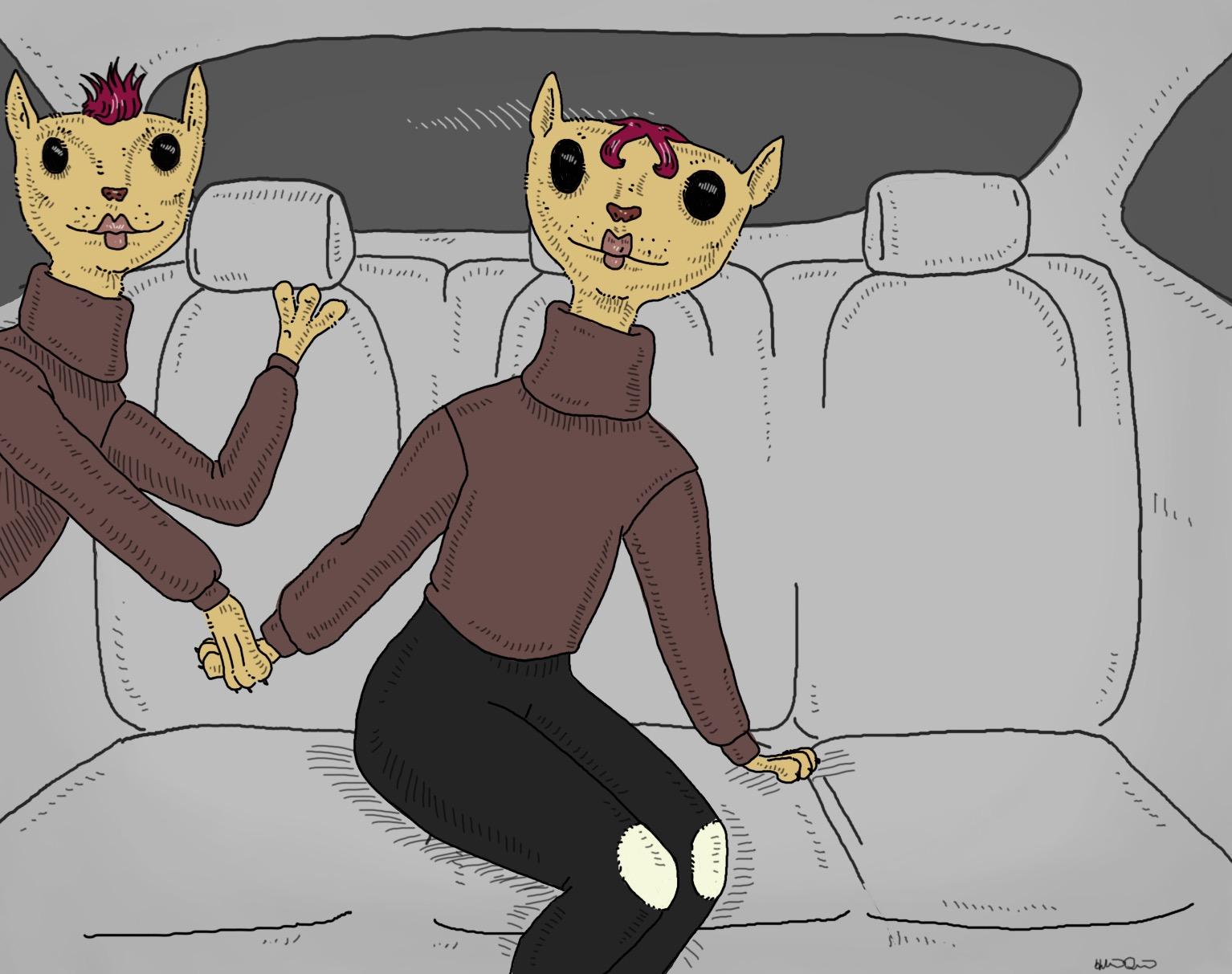 Homie looooves to act as if they didn't see the dollar difference. (You're secretly this stingy too so you don't judge). She goes from arguing with the driver to begging for him to let them both stay.

The driver tells her no and yet…here all three of you sit.

The Aux Hog With Shitty Taste 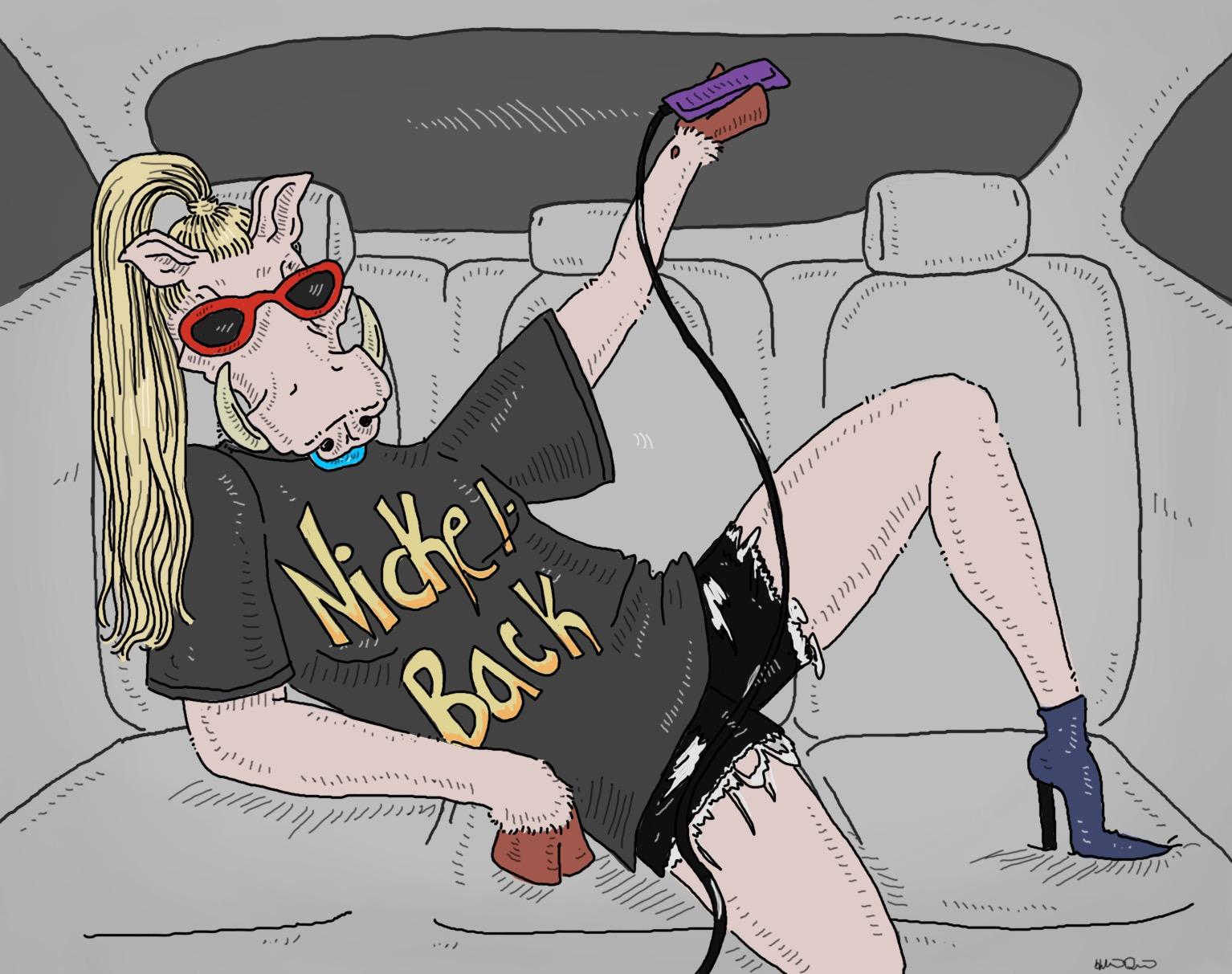 She has a playlist called, “4 the Turn Up” and naturally it’s the antithesis of turnt. In order to save the day and your sanity, you request "Bodak Yellow." She's never heard it. She's probably Caucasian.

The Drunk In Love Couple 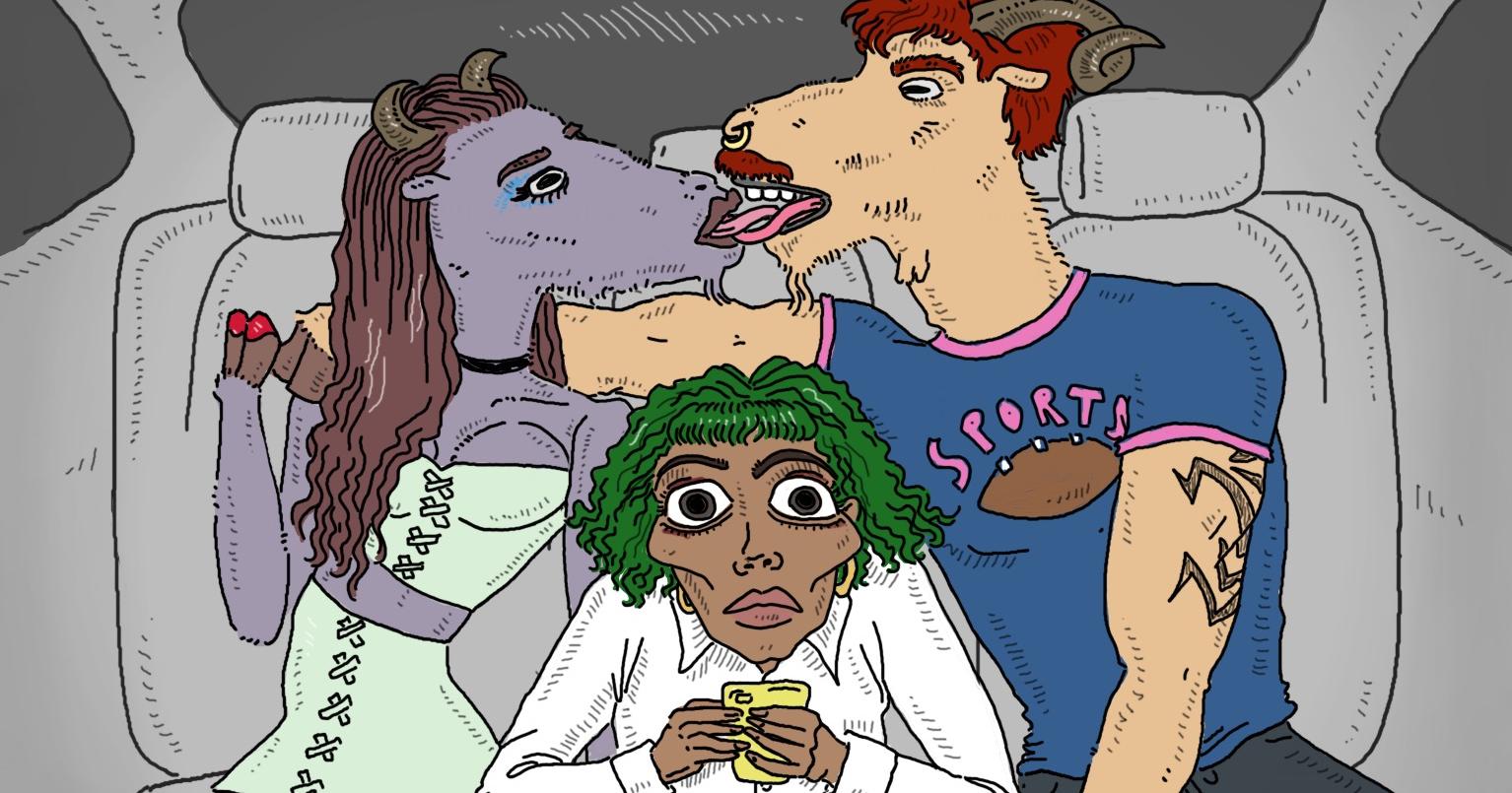 They keep apologizing for their PDA, yet continue the PDA. Wait, is someone is getting fingered?? Oh no, people still give hand jobs!? Someone's hand wanders to your body. "Sorry! Hehe!" It happens again. Good god you're alone.

They stop making out and start having an extremely personal fight and you remember how loyal 30 Rock and your bed are.

The One Who Should Have Ordered A Regular-Ass Uber 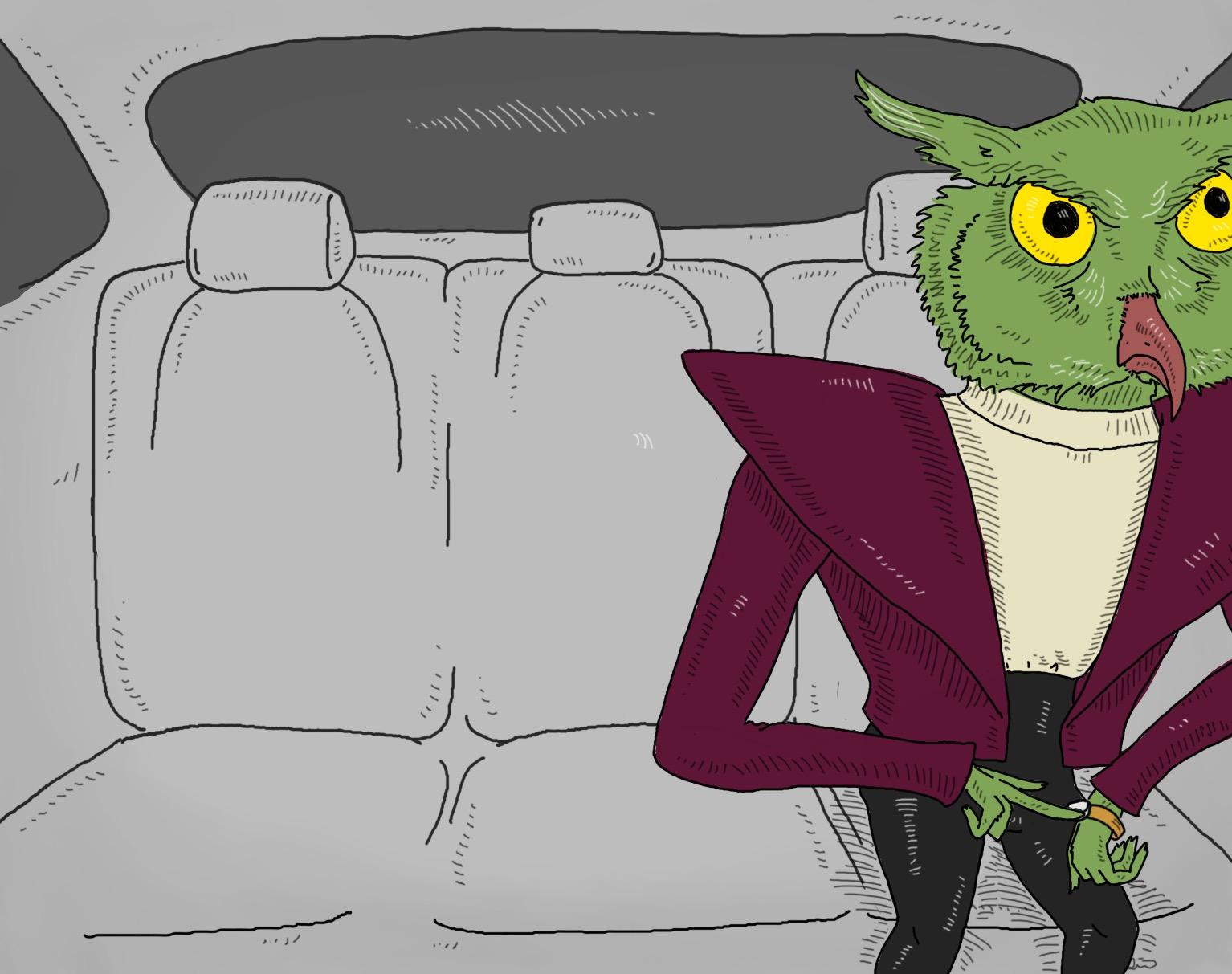 Homegirl won't stop asking how looooong the ride will be. She relentlessly mentions she's late even though nobody cares. She keeps huffing and puffing and looking out the window as if that will get rid of traffic. “Sorry, I’m just in a rush!”

Suddenly your body is riddled with secondhand anxiety.

The Dude Who Tries To Hit On You 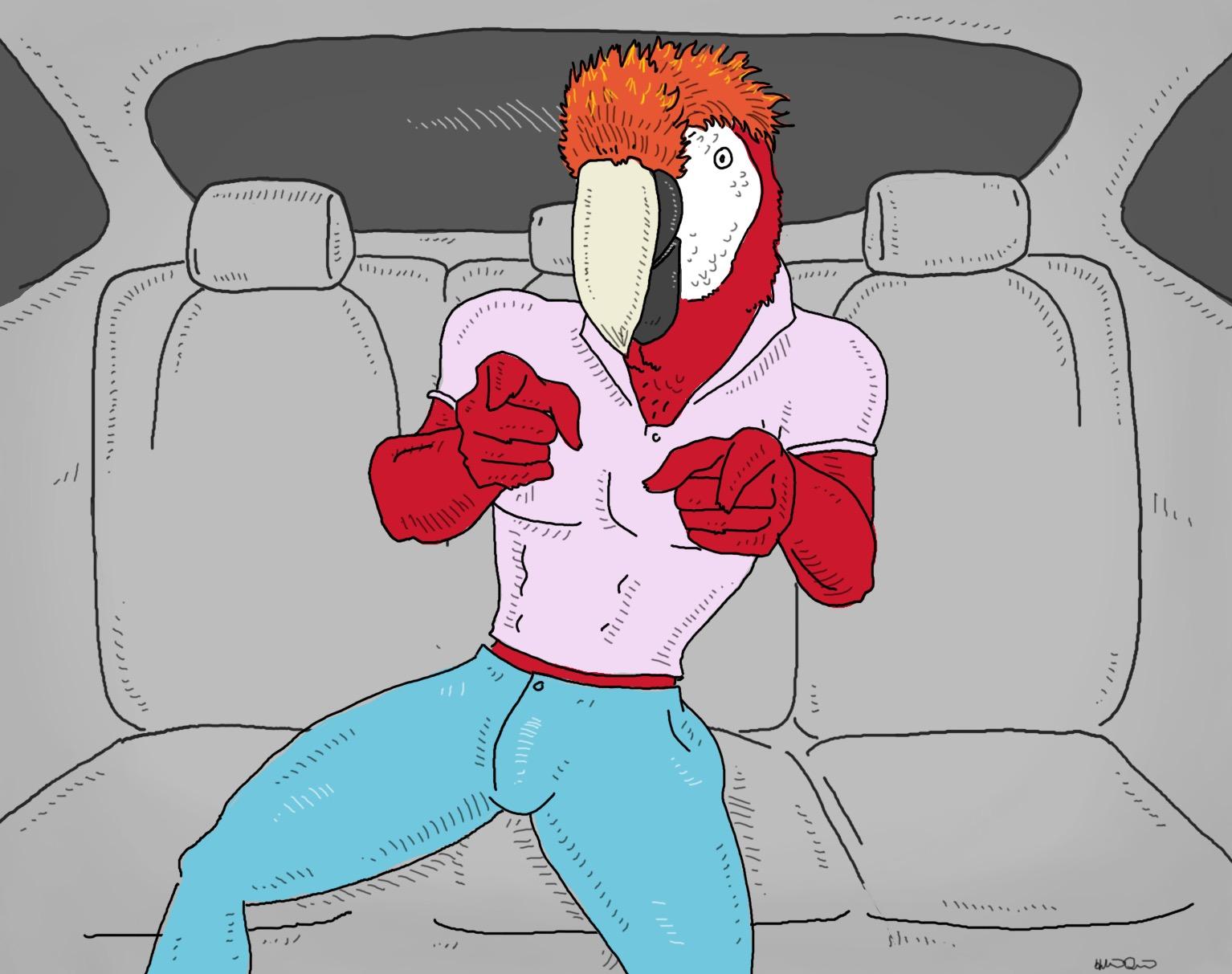 “So, where you headed?” You give vague answers. He ignores your fake texting routine to keep talking. To try and be "fun", he tells you fun facts about the neighborhood. You don't care, and it doesn't stop him.

The Dude You Try To Hit On 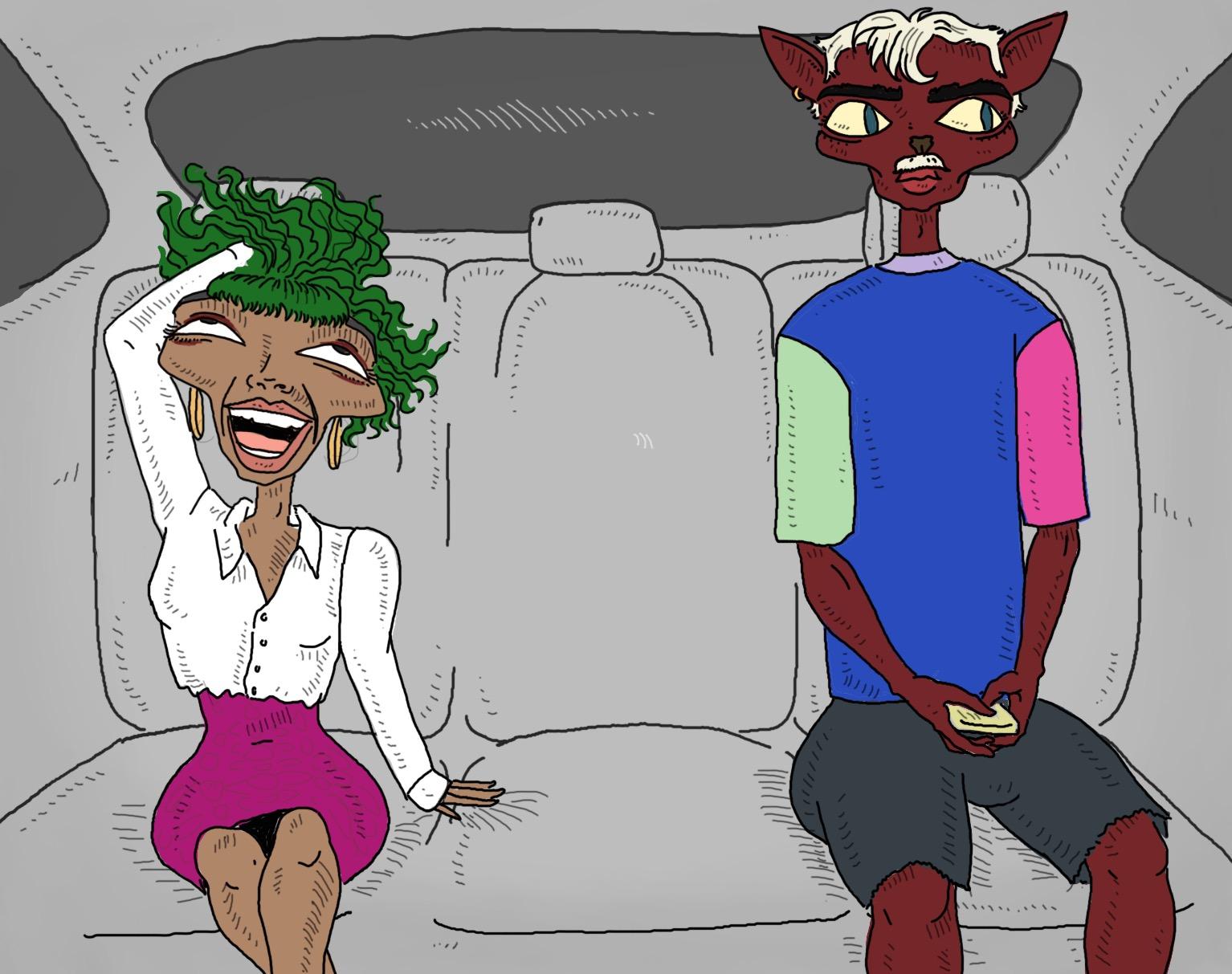 “So, where you headed?” You're intrigued because he looks employed enough to get a regular Uber but humble enough to be in this Pool. A man of the people! You’re overly talkative with the driver so he can see what a friendly, fun person you are before smoothly bringing him into the convo. You're connecting? Maybe?? Omg.

He's on his way to meet his girlfriend, sorry. 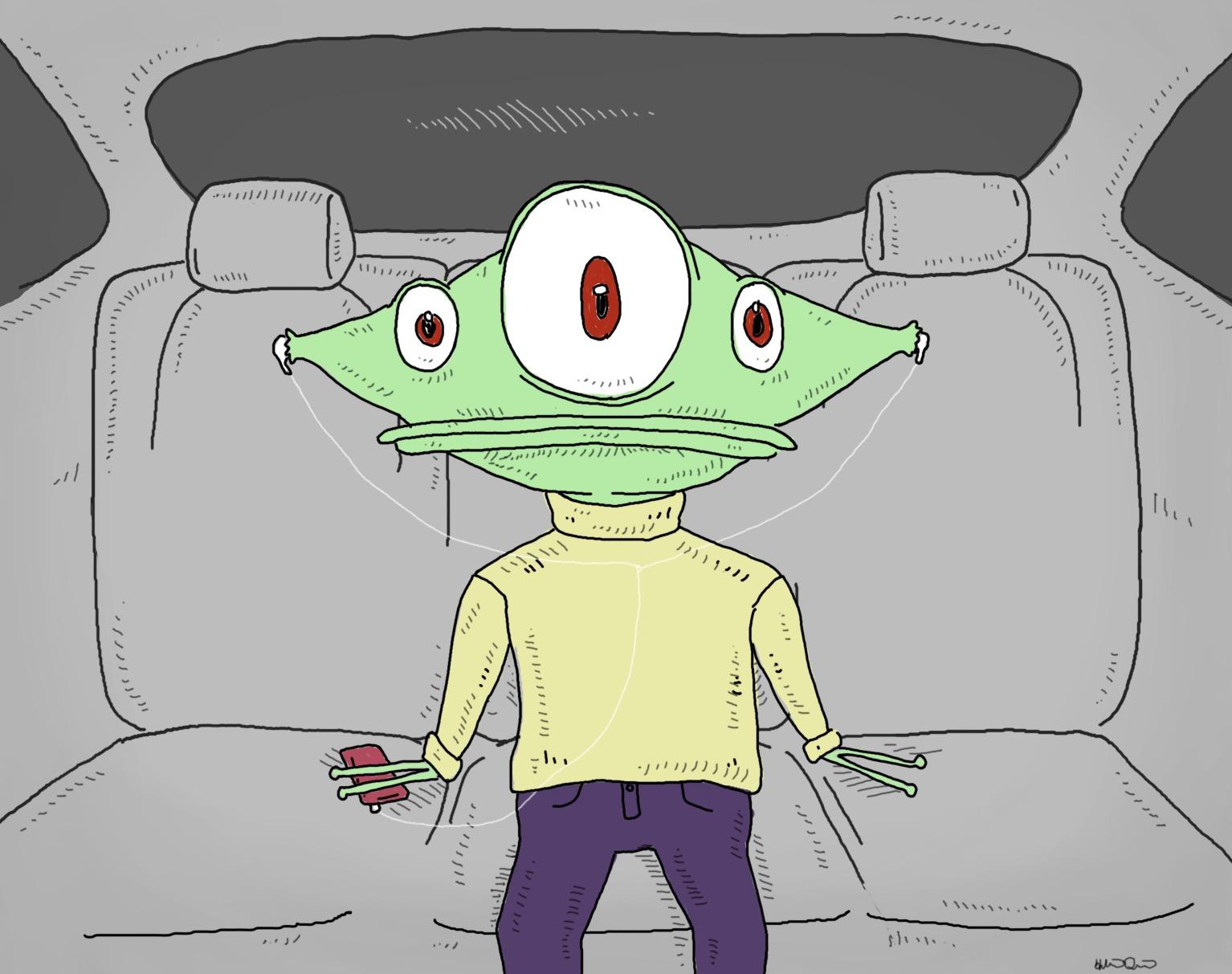 They look like they might’ve just seen some shit. (They saw some shit). They're wearing their headphones as an excuse not to talk but you learn in and realize they aren't even listening to anything. Now, they're texting about you. Probably.

They don't say bye and even though you don’t know each other you think it’s rude.

The One Who Talks Way Too Much 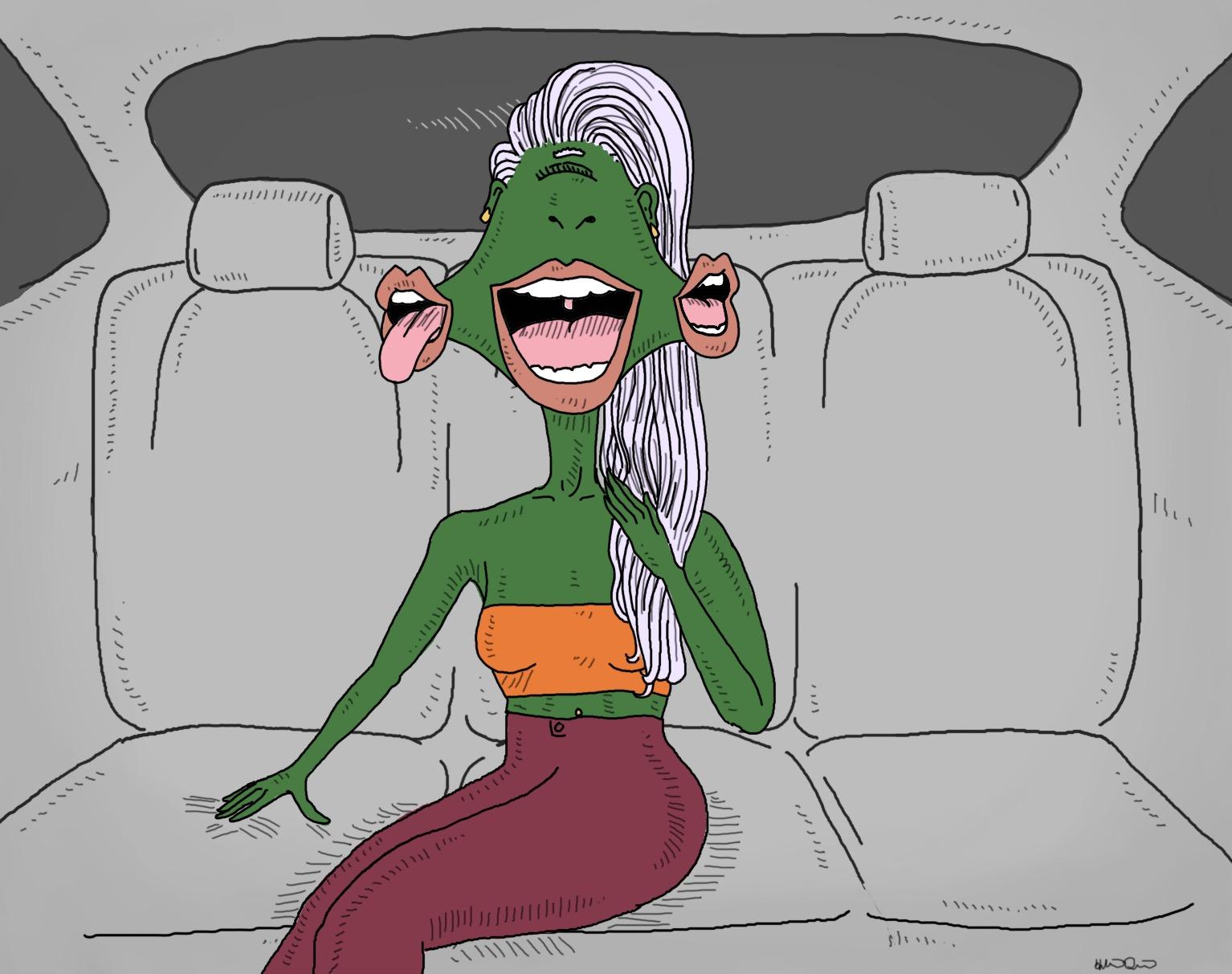 She comes in the Uber hot, likely finishing a loud phone call. She strictly asks way-too-personal questions and gives you too personal answers. Low-key the type to accidentally let something kind of racist slip. She thinks you have “mutual friends.”

The Girl You Bond With 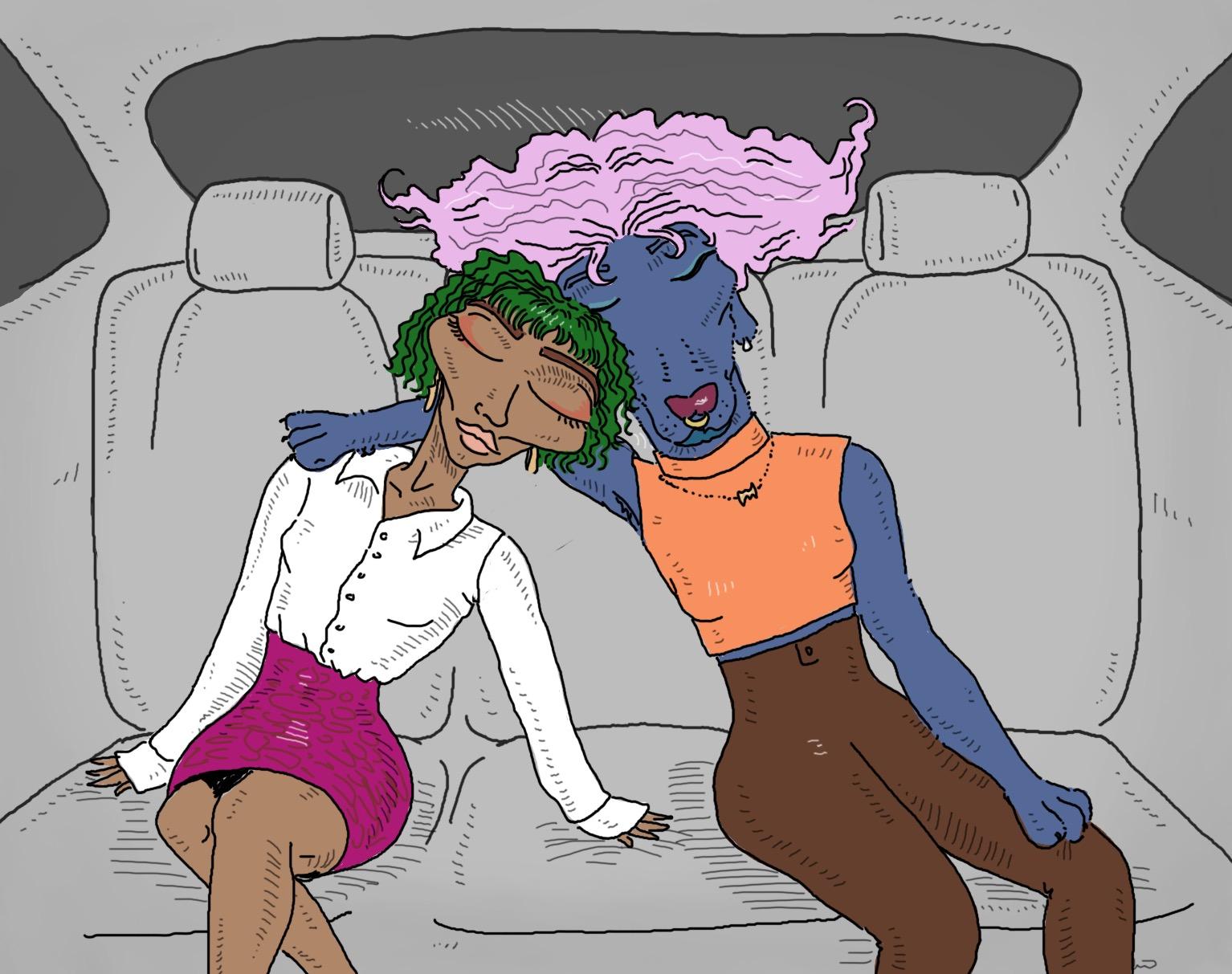 You both complain about the bad driving or how you’re both problematic for still using Uber. Sister gets it . She laughs at your average jokes and it turns out you have the same favorite bar. She’s got great hair and is one of the chill PR girls. She eventually tells you details about the sex she just had because you’ve become that close.

Anyway, you never hang out again.

The One Who Never Shows Up 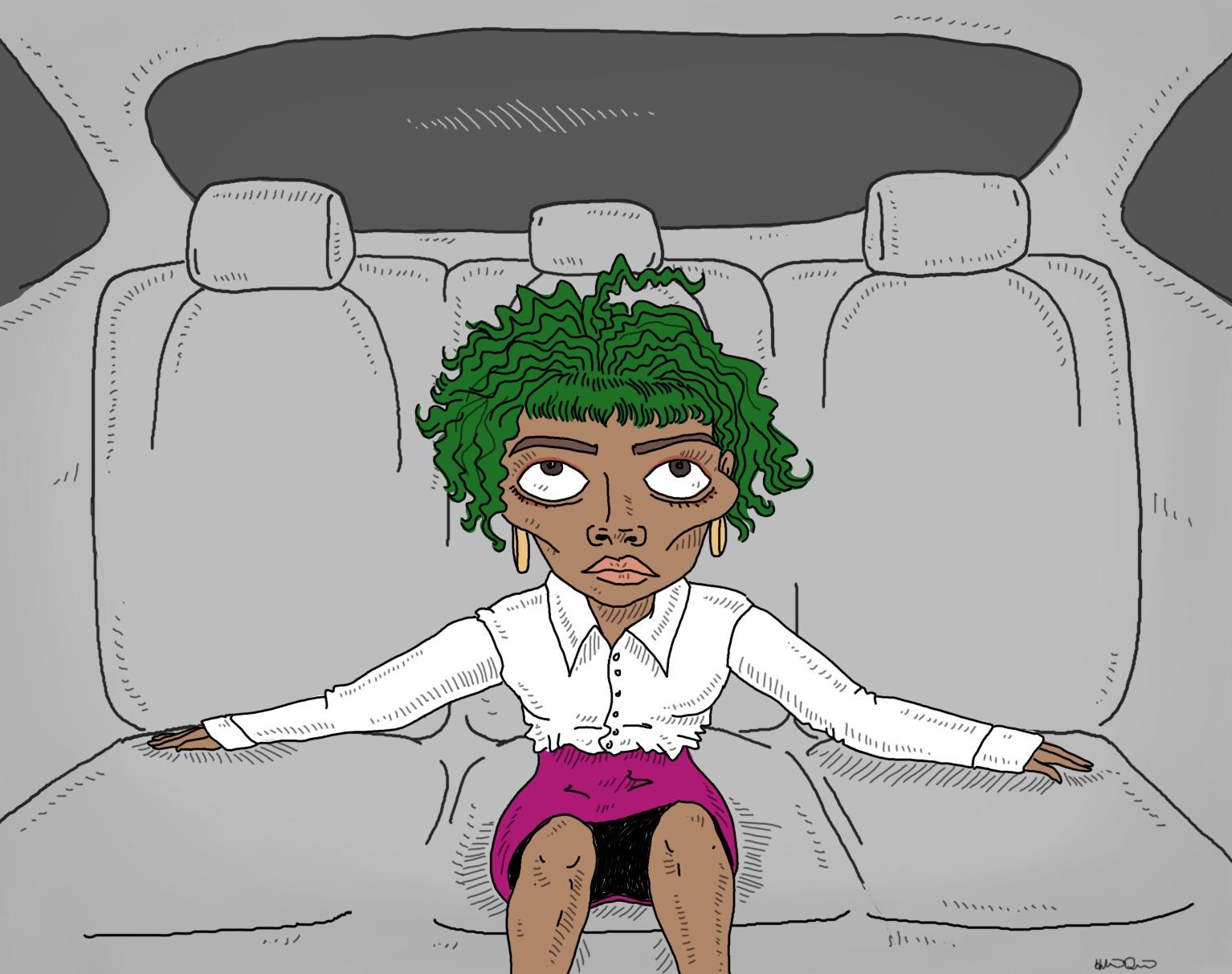 The best partner to ride with.