Plus several insane theories about it! 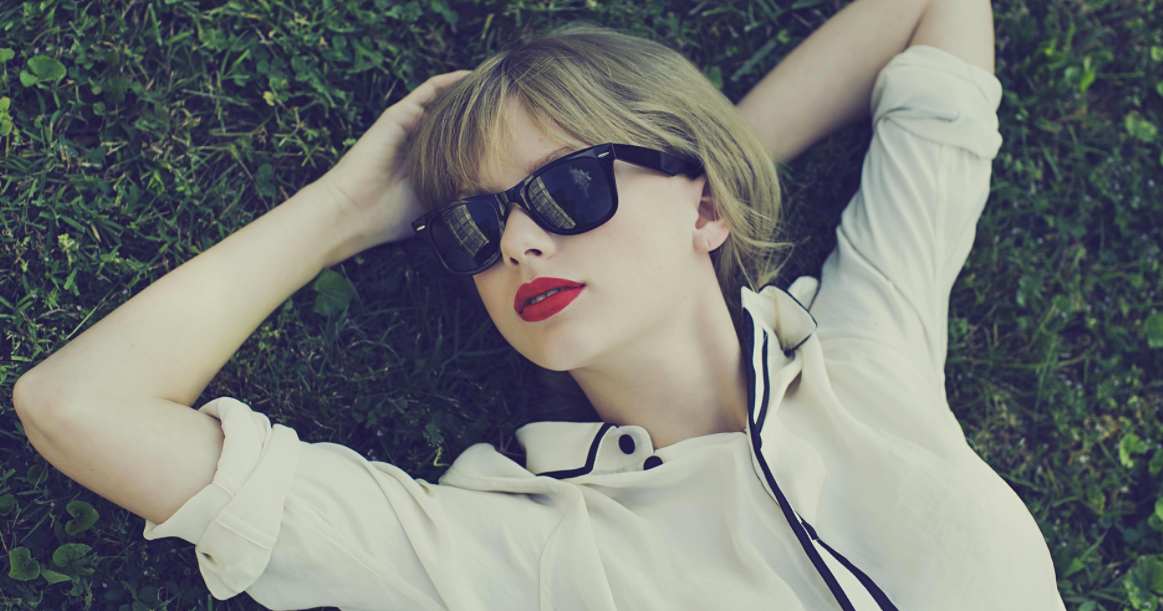 You have exactly 31 days to prepare yourself because on November 10, your entire feed will be Swift-ified. It will be utterly inescapable, much like the reach of a nuclear warhead's fallout. Even if you try to hide in a basement or parking structure, the heat from the blast will melt your flesh and leave you reduced to a pile of radioactive dust, destined to scatter in the wind and poison all plants and fauna in a 100-mile radius.

Totally overwrought metaphor aside, Taylor's new album is coming! In exactly a month! And while we're all eager for New Taylor to rise and destroy us all with booming 808-filled tracks and Drake collabs (Marvin's Room pt. 2, please), we still thirst for Old Taylor. Red Taylor. Maple Latte Taylor.

Because there is one song, one glorious, heart-wrenching track that towers above every other hit. It was named her best song ever by Rolling Stone, and if you ask any white woman in your contacts list to recite the bridge of the song, they'll immediately start screaming and trying to hang themselves with their plaid Zara scarves and calling their exes to leave sobbing messages about being crumpled-up pieces of paper.

It's All Too Well! OK, if you're unfamiliar (hell, even if you have the lyrics tattooed on your body), watch this quick catchup performance:

So, if you know anything about Swiftian lore, you know that this 5-minute long track about Jake Gyllenhaal isn't the full version of the song. Years ago, Taylor said the actual song is 10 minutes long and way more emotional than the one that made the final album cut.

We've been begging for it for years. Seriously, a quick Twitter search:

how i sleep knowing there's a 10 minute version of All Too Well out there that we will probably never hear pic.twitter.com/nhPye9nDMp

pennywise: if you come down here you’ll get the 10 minute version of All Too Well ?

Yesterday, in an effort to connect with her beloved fans (read: drum up attention for the upcoming album) Taylor told us where the hell the original song is. Aaaand it's disappointing:

Taylor in response to “where is the 10 minute version of All Too Well” pic.twitter.com/dPpacvHHWu

Now a normal person would read that and go, "Huh, it's gone forever, oh well." But have you read any of this 500-plus word story? I am not a normal person. I am a rabid, self-loathing Taylor Swift stan. The biggest thing to remember about this beautiful, heinous, perfect, horrible snake-woman who birthed me is that nothing she does is an accident.

Hear me out. Fans and reporters have been harassing Taylor for years about this song. Why would she all of a sudden a) acknowledge that it even exists, and b) give an answer that's a callback to the song itself?

Because! If we examine the song's first verse, some lyrics read:

I left my scarf there at your sister's house

And you've still got it in your drawer

So the whole point of the song is unearthing and reliving memories you've tried to tuck away. And that is what she said is happening via this livestream comment! She says it's in a drawer somewhere and that's literal and figurative for her. And this is important because it ties into this big theory about her upcoming album's track list.

There's this massive idea circulating the internet that every song on Reputation corresponds to a different era of Taylor's past. At the end of the Look What You Made Me Do video, 17 Taylors from different iconic moments are lined up — one for every track on the new album.

And if that's the case, Track 4 could be All Too Well. The fourth Taylor in line is the bandleader from the Red era. And a leaked document shows the fourth song is expected to be nearly 10-minutes long. What's more, Taylor liked a post about this theory on Tumblr.

The idea of Taylor's lined up in order to represent the tracklist of Reputation means that Tay #4, Red era, is the 10 min All Too Well ? pic.twitter.com/3Jj0y2JnGP

Some could call this all a reach. Some could tell me that I'm delusional and I should get a life and that this is why I'm single. And while they'd be right about all of that, I know I'm right about this.