Wait until you see this dress 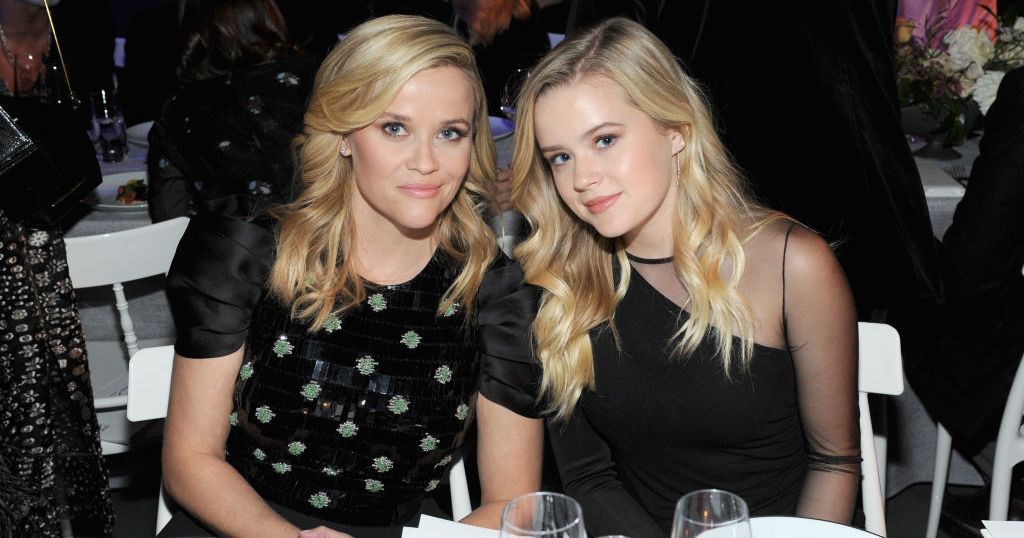 Reese Witherspoon's daughter is the spitting image of her and now she's a debutante. Ava Phillippe, 18, made her debut into society (how fancy is that?) at the Bal des Debutantes in Paris on November 25. She waltzed to the La La Land soundtrack in a golden Giambattista Valli Haute Couture gown with Maharaja Padmanabh Singh of Jaipur while we all ate turkey leftovers in sweatpants on the couch. So yeah, she's living the life and here's everything to know about her.

Ava's dress was absolutely bananas. We haven't seen a skirt that big since the Gone With the Wind days. She danced with her escort like a pro and looked like a fucking princess. We're just going to leave this video here for you to drool over.

Ava's parents are Reese Witherspoon and Ryan Phillippe. They met the night of Reese's 21st birthday party and then starred in the 1999 classic Cruel Intentions together. Reese and Ryan got married in the same year. If there ever was a power couple of the 2000s, it was these two. Reese and Ryan had Ava and a son named Deacon before they separated in 2006. The heartbreak.

In other news, I'm still not over how much Ava looks like Reese.

Happy 18th Birthday to my sweet girl @avaphillippe ! 🎂Your kindness, grace, intelligence and humor never cease to amaze me. I love you and your HUGE ❤️ and I feel so lucky that I get to be your mom. 😊#proudmom #18

happy birthday, punk. i love you more than any strangers need read, but…

She's a regular kid (kind of)

Apparently you can't just skate by in the Witherspoon house. Ava was reportedly working at a pizza restaurant in the suburbs of Hollywood, according to BravoTV. She was doing your usual waitress tasks like setting tables, taking food orders, and seating customers. She apparently drives a used Volkswagen Jetta and wants to attend a west coast college after she graduates high school.

So she's fairly normal except for the whole ball thing, famous parents, and oh yeah, hanging with Rowan Blanchard like it's no big deal.

Ava has a super impressive Instagram feed. It has such a consistent and cool aesthetic. Like, my Instagram will never look this put together. She posts her own artsy sketches and handmade clay dolls. Full disclosure: the clay doll really creeped me out, but I guess it's still cool that she made it?

She's all about her dog

Just like most 18 year old girls, Ava posts a ton about her four-legged friend. Pepper is her grey French Bulldog who frequently sports very stylish headgear. Even Pepper knows how to serve face.

she got a treat for this, don't worry.