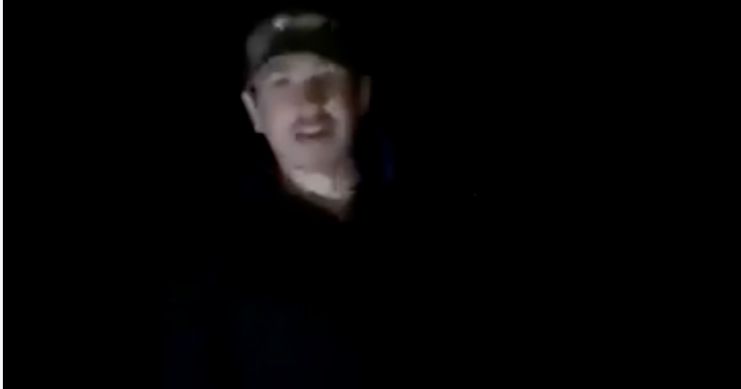 Jo Marie Santana, who spotted the video on her classmate's Snap story, screen-recorded it and posted it to Twitter with the caption, "What the fuck is wrong with this generation?"

someone slid up saying “those are my friends, they’re just playing around with it”. What the fuck is wrong with this generation? pic.twitter.com/AcNIaQbhWa

"I had one of the boys, Jarrod Higgins, on Snapchat and I screen recorded it" she said, adding that all the boys go to her high school.

Jo claims the boys have made similar racial remarks and videos in the past, because they think it's "just a joke."

"People think it is okay to joke around with these type of things," she told babe, adding she knows teens often joke about sensitive subjects like depression or suicide.

"They think it’s okay, and has no effect on people because it’s a 'joke,' she said, "Well to me, and many other people, this is not funny.

"They were shooting at trash, not an actual person, but the guns are real."

this is so damn sickening, proves just how fucked up our generation is .. sad to know these kids even attend my school

Both work at Wal-Mart supercentwr off I-30 on Broadway. They're both cart pushers

Babe reached out to Jarrod for comment, and he said, "Sorry for saying nigger. It was meant to enhance the joke."