Myspace-style photos are invading your Instagram, and there’s no stopping them. Here’s how to get the look

Bring on the 3D effects and stickers 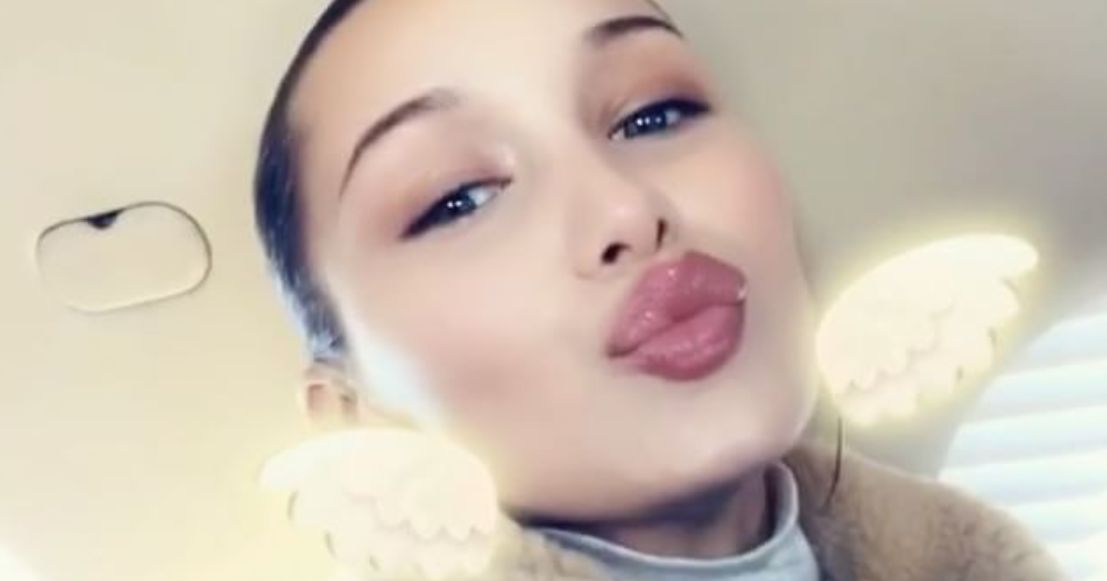 MySpace-style photos are trendy again. You heard me right. Stickers, effects, borders. We're going back to the fucking PicMonkey days.

But its way easier now. There's apps to make your pics look "cool girl in Chi O perfect" and we're here to help you find them. Here's your guide to making a pic 2008 you and 2018 you can be proud of:

One of the latest trends on Instagram is adding a 3D effect to your pictures. Most of the time, the effect is added to something in the background or to the area surrounding you, so it looks cool but not like you're trying to hard.

However, the effect can also be used on a selfie – specifically a selfie that already looks like it belongs on tumblr.

In order to achieve the look, download 3D Effect or Glitche from the Apple Store, then edit as necessary. I haven't seen an Android in like a trillion years, so I can't help y'all.

Trust me the best $1 you’ll ever spend … & yes it does make everything better ?⚡️✨ #KiraKira #ItsAnApp | Dress is Zara but I ordered it on #eBay!! | Again sorry for the repost|

Fashion bloggers and celebrities alike are adding glitter-effects to videos and stills they turn into videos using the kirakira + app from the Apple Store.

dreams coming to life on @Fallontonight performing my new single Never Be The Same. somethin musta gone wrong in my brain ⚡️⚡️⚡️

It's a cute way to enhance outfits, add drama to makeup in selfies, or put extra bling on something you're showing off via story.

Just don't overuse it, because we aren't back to rhinestones and glitter being trendy just yet.

Maybe one of the most Myspace-like trends on Insta right now is the use of stickers.

Girls are putting stars and other shapes in the background of their photos to make them a bit more eye-catching. Basically what I'm telling you is the day of the same old solo shot is over.

Give me back football season

Most often stickers are used to frame the subjects of the photo and can be applied to either the corners of the post or the entire open background space.

You ~snow~ where to find us

However, stickers are also sometimes used to create an "augmented reality" effect, like this cute rainbow pic:

Imagining that it’s sunny and 85 ☼

That's right, everyone! Augmented reality is back. But thank god it looks better than it used to. There's lots of apps to get cute stickers for your pics. Photo Editor by Aviary is a comprehensive way to add little treats to your photos, but PicsArt also has some great stickers.

One last extreme photo trend making the rounds is the angel filter from Snapchat. Celebs and other trend-setters are taking photos or videos of themselves on snap with the filter then uploading them to your feeds.

I don't know whether to be really excited or really horrified that photo editing is back in. I was getting kinda bored by everyones 50 percent Clarendon photos, tbh. I'd rather see everyone looking like half-robots any day.