A glow-up really is the best clapback

There comes a moment in every young girl's life when she musters up the courage to make the first move . . . just to be turned down.

It's like a rite of passage. Almost every girl I know (even the hot ones) has been curved at least once. Sometimes it's at a school dance, sometimes it's by a frat douche and sometimes, in the case of Cardi B, it's by a Vine star who ignores you after you ask him to share one of your videos on his page.

Last night, the since retired star, Mohamad Zoror, took to Twitter to share his feelings of regret.

my biggest mistake in life was ignoring @iamcardib when she messaged me on Vine 😭 pic.twitter.com/GPLKdA7GMo

She slid into his DMs before she was really famous

They must've known each other to some extent — I don't know anybody calling me "bae" in my DMs. 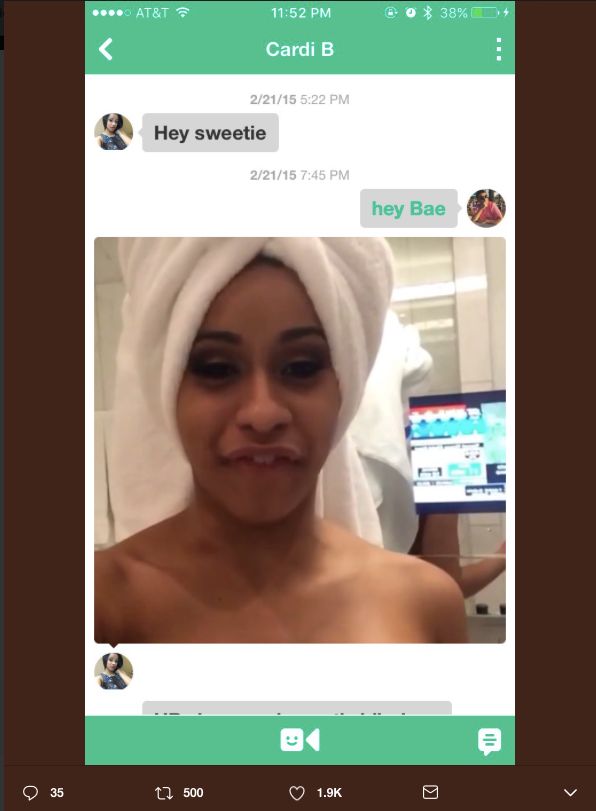 Apparently she was hoping he'd publish this video of her on his platform, but he straight-up ghosted her. 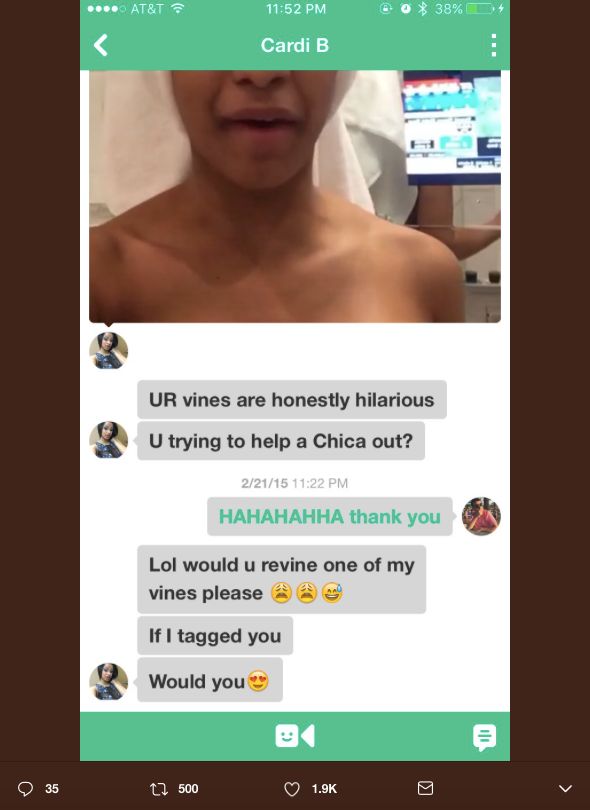 So the next time you build up the courage to message a guy, don't feel too bad if he looks the other way while you're trying to get his attention, or if he neglects to answer your friend or follow request.

If boss ass baddie, Cardi B—prior to Bartier Cardi— can be denied, it's only looking up from here. And with all her recent success, this won't be the last time she sticks her tongue out at someone who wasn't down during her reality TV days.

He coulda been Offset

Dawg you would’ve been offset rn 😂

Now, not only is Vine now dead, but he doesn't even have Cardi.