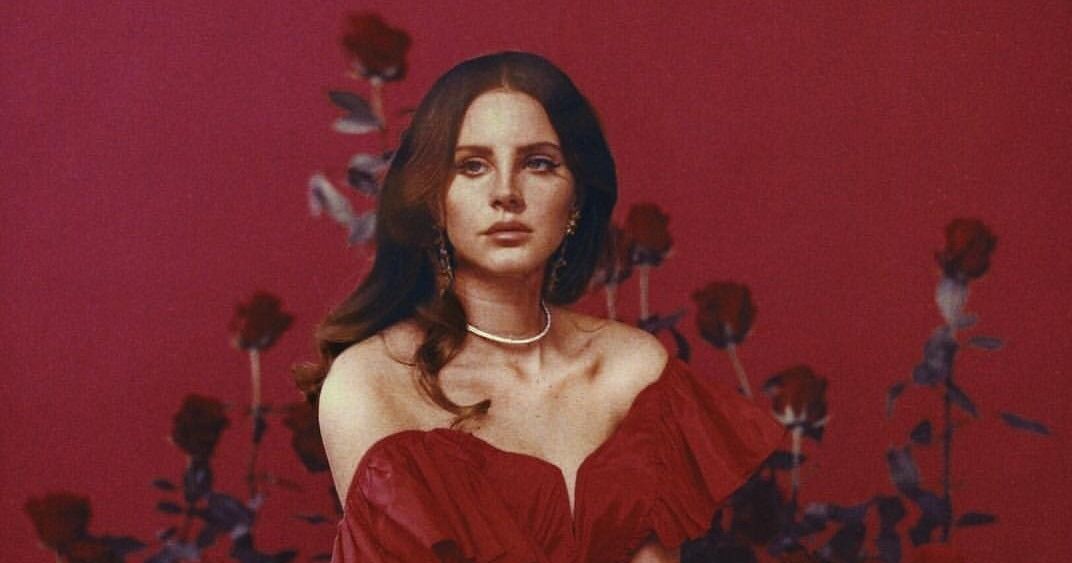 But that hasn't always been the case, and back in the Stone Age of Modern Internet (I'm talking about 2011), Tumblr was there for you with an endless stream of stuff to look at, and if you're anything like me, it honestly informed your aesthetic to this day. Let's take a trip down memory lane, shall we?

Let the memories wash over you like a GIF'd dissolving bathbomb: 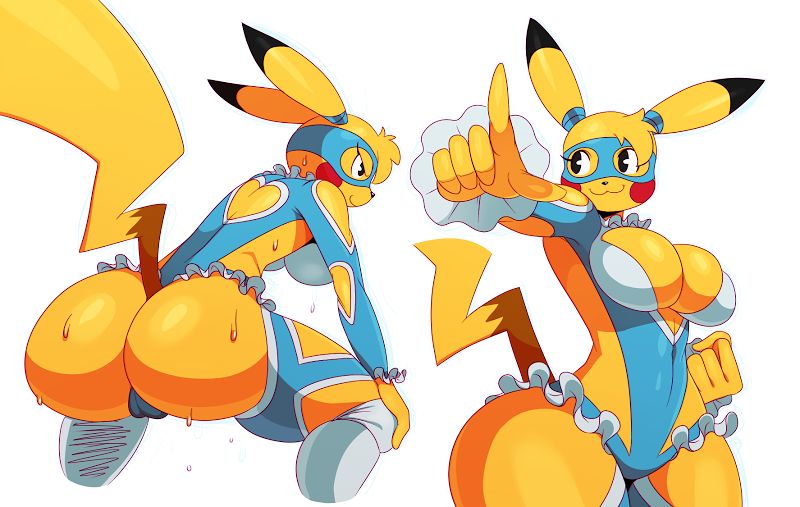 You also like, probably saw a dead body once or twice

Stumbling upon straight-up gore in pursuit of soft-grunge perfection. I was just trying to reblog this artsy picture of a full ashtray! I didn't want to see a guy who got run over by a car!

You definitely bullied yourself for attention

I had an old tumblr friend who would just send me anon hate to stew some beef up and then would do it to herself. (you can tell by the way she worded things) pic.twitter.com/sxhDiiwpXu

Also, if you either developed an audience of some kind or (more likely) had a handful of your weirdo friends following your blog, you probably sent yourself mean anon messages to stir the pot. It feels good to have people rush to your defense online.

You found out about 'cool' music

Tumblr probably also informed your music taste in a pretty big way, considering like every blog had Born to Die on autoplay in 2012. Fleet Foxes, Lana Del Rey, Wavves, Kreayshawn, RiFF RaFF, Best Coast, Odd Future… the list goes on and on, probably a little bit longer than you'd like to admit.

You watched the British version of Skins, aka THE REAL ONE 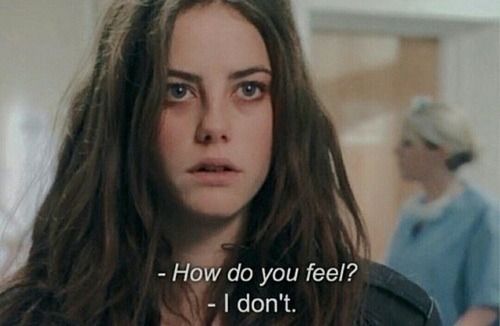 Fuck that American remake bullshit. You were an OG fan, and you probably watched Misfits too. If late 2010s British teen TV counts, and I think it does, then you were basically into foreign films.

You hid your angst (barely)

For the really deep stuff, like when your mom was rude to you while you guys were shopping for a new bathing suit, there was “Read More,” the function that hid texts posts and 100 percent guaranteed that people would indeed Read More.

You've seen every possible combination of pizza and galaxies

When did we decide these two things went together so well? Like, I guess historically I've eaten pizza at night more often than during the day, but… it still doesn't make sense. That didn't stop us from hitting the motherfucking reblog button every time, though.

When it comes to meme-based comedy, you were ahead of the curve

From the absurdist humor behind stuff like The Eric Andre Show to whatever this Tide Pod bullshit is, Tumblr's Dada-esque sense of humor prepared you for how weird jokes are now. I distinctly remember laughing at a post that was just the word "egg" for like, 10 minutes when I was in high school. And I'd do it again today! 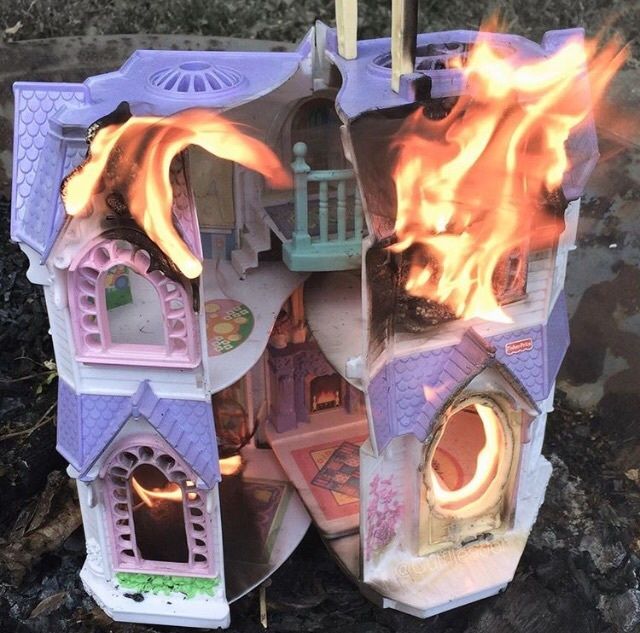 This is still cool to me

If anyone wants to deny that our current o b s e s s i o n with millennial pink owes a good part of its existence to soft grunge, you can fight me in the comments. You know you vibed with this, even if you kinda made fun of it too. 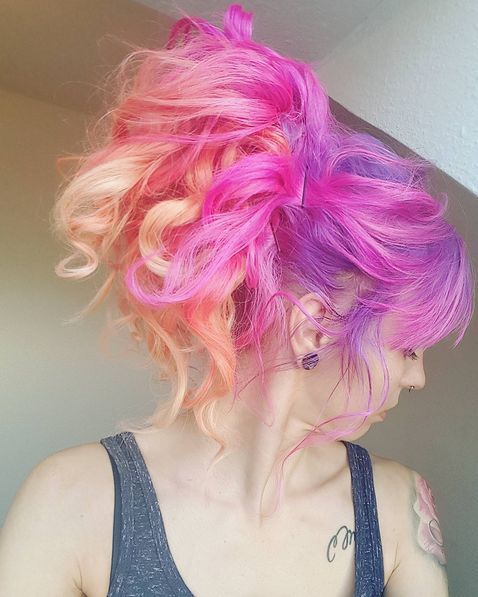 Did she do this herself? Can I pay her to do it to me?

You were jealous of girls with a head full of Manic Panic pastel-colored, impossibly beachy waves, even though anyone you knew in real life who tried that look damaged the shit out of their hair.

You acted waaaay more into drugs than you actually were

Hell yeah, let's smoke this blint. Light it up!

Yeah, I see 16-year-old you reblogging photos of beautiful girls half-naked smoking perfect joints when in reality you'd smoked in your friend’s older brothers room like, twice out of a Arizona Tea can.

Speaking of drugs, I bet these gifs look pretty familiar

Again, you were a super cool teen who loved sex and drugs, so obviously these gifs were supremely your shit. In the words of you quoting Kid Cudi to make yourself seem cooler: "People told me slow my roll, I'm screaming out 'Fuck that"/I'mma do just what I want, looking ahead, no turning back.'"

I can feel my mind… expanding….

Cudder was talking about his music and general vibe. You were talking about getting judged for taking shrooms at Firefly for the first and only time. Same difference. 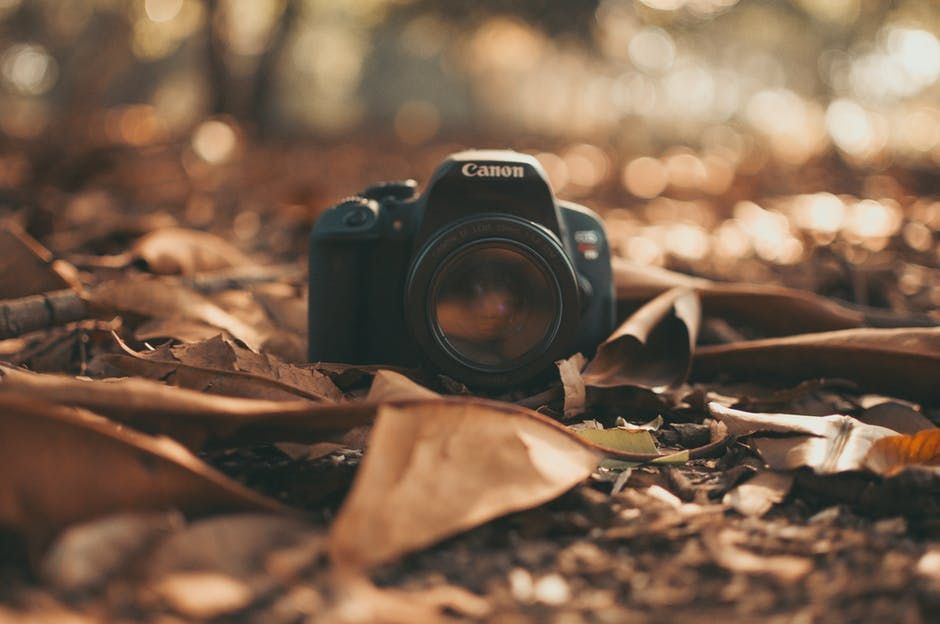 WHAT DID YOU TAKE THE PHOTO WITH

It just…doesn't make sense. But god, it looked cool.

This fan-art of the Little Mermaid was basically revolutionary 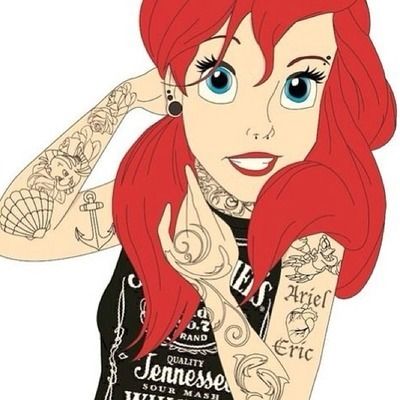 Lmao honestly this feels like a collective hallucination we all had

Artists on Tumblr were reimagining Disney Princesses before the concept became a clickbait classic, and all of them were…scene? You thought it was badass and subversive as hell — taking a children's cartoon, but making her an ADULT? That's one high-level metaphor for adolescence, or something.

I want a inner lip tattoo so bad ?? pic.twitter.com/S6lOo3FFcO

Getting a tattoo when you're 15? Edgy as fuck. Hiding it from your parents inside your own mouth? Smart as fuck. It's a win-win!

You got 'into knives'

If you had a Tumblr and didn't have a "secret knife," as inspired by the shitload of iridescent knives on soft grunge blogs, then you were soft. Sorry, I don't make the rules. 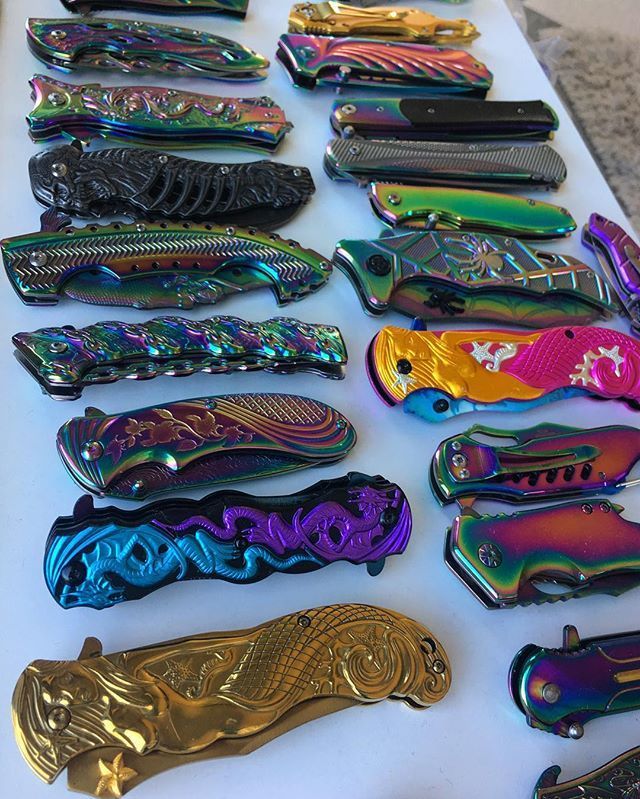 Damn, that dragon one is still sick.

You developed an appreciation of the literary arts

There was so much shitty, anonymous poetry about shitty people like "i was a doctor's office waiting room magazine/and you were just there for a physical." Think like, early Rupi Kaur. I say anonymous because, for whatever reason, all of these poems were just signed with initials. How did everyone figure out what font to use for those? Did I miss that meeting?

Pink, rose, blush, gimme gimme. PS: Did you know I do the makeup for the vast majority of my shoots? Besides photography, one of my obsessions is makeup. François Nars, of Nars cosmetics, inspires my mixing of passions. He photographed most of the initial campaigns for Nars when it was first created. . . . . . . . #cleojanephotography #alaskaphotographer #portrait #makeportraits #postthepeople #passionpassport #getoutside #sharingalaska #pnw #pnwphotographer #canon #livewhatyoulove #creativewomen #paperpeony #alaskaknitnat #flowercrown #supportsmall

y'all never gonna admit the fact that lana del rey wore a Native american headdress in the ride mv is problematic and culture appropriation? pic.twitter.com/OGRtW3VrkR

Which is cool because it made you woke, then made you a little too woke, so you had to pump the brakes and now you're socially aware but not weird to hang out with.

I was definitely not the only one who was jealous as fuck of these relatable artists and their relatable drawings. But I couldn't stay mad, because I related too much! Do you get it?

Knowing every single detail about some random stranger’s (dramatic) life

I hope the 18-year-old Canadian with a heroin problem and a bunch of older boyfriends whose posts I read obsessively is like…OK. I don't remember her URL, but I really hope she's OK.