Professor Alec Klein of Northwestern University was accused Wednesday of sexual harassment, "bullying" and "predatory" behavior by 10 of his former students and employees in an open letter.

Klein said in a statement that he "categorically [denies] the allegations" and plans on taking legal action.

The letter, which was addressed to the Dean of Northwestern's Journalism School, alleges that Klein "gave unwanted neck massages" and "made sexually graphic remarks" at work and "attempted to kiss a prospective employee."

Klein is a star professor who has won awards for his work at Northwestern University. Prior to his time at the university, he worked as an investigative reporter at the Washington Post, and has also worked at the Wall Street Journal.

The 10 women who signed their names said that Klein "belittled, insulted and berated" them, and made them feel degraded with comments like "you will never be a journalist" and "you're not as smart as you think you are."

The letter continues to say that: "[Klein's] misconduct is now an open secret at Northwestern University to the point that many students have boycotted his class, robbing them of the opportunity to pursue investigative journalism at Medill."

Students who wrote the letter have declined to comment to babe, "letting the letter speak for itself."

Klein is the head of the Medill Justice Project, a program in which students and fellows can apply to participate in journalistic investigations into potentially wrongful convictions.

Although Klein is not the first professor to be publicly accused in the #MeToo movement, he is the first to have been named in an open letter of this nature.

In May, Huffington Post writer Amanda Terkel tweeted that a Northwestern professor who a student listed as a reference had been rude to her over the phone and insinuated that she lacked writing skills based on her age and gender.

Klein eventually identified himself as the professor on the other end of the phone call. 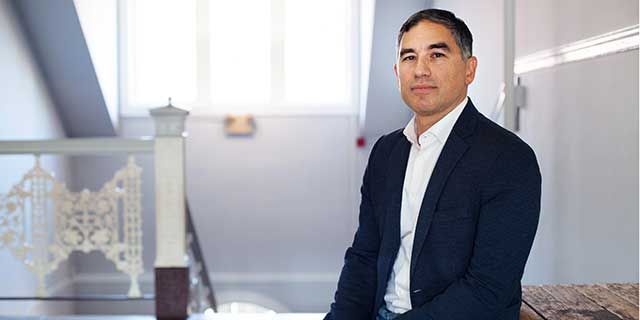 In a statement that he sent to babe upon request for comment, Klein said that these allegations stem from a "disgruntled former employee" who had been disciplined for poor performance.

It also said that all of the allegations presented in the letter had been investigated by Northwestern University, including its Office of Equal Opportunity and Access, and no violations were found.

Klein also reiterated that he is "fully committed to his students" and added that "it’s also true that I have high expectations for my students and expect them to do their best because the goal is for them to become better journalists."

Here's the letter in full:

This is Medill’s #MeToo moment.

Today, we are writing to tell you that Alec Klein’s time is up. His harassing behavior. His predatory behavior. His controlling, discriminatory, emotionally and verbally abusive behavior has to end. We all know about it. We’ve experienced it. It’s time you heard us. It’s time you listened.

Some of us date back to his first class at Medill almost a decade ago. Others of us worked under him as staff and fellows of the Medill Justice Project. His misconduct is now an open secret at Northwestern University to the point that many students have boycotted his class, robbing them of the opportunity to pursue investigative journalism at Medill.

Each one of us, the undersigned, has experienced harassment or bullying at the hands of Alec Klein.

And let’s be clear: Some of us have also experienced sexual harassment and sexual misconduct.

He attempted to kiss a prospective employee, prior to hiring her. On the same occasion, he asked if she smoked marijuana and asked to smoke with her and ordered her several cocktails.

He asked a female employee to come to his hotel room “for drinks” on a business trip.

He gave unwanted neck massages while a female employee was trying to work.

He asked for a hug in return for giving an employee a requested day off.

He made other unwarranted physical contact, such as grabbing a student’s hand during conversations.

He made sexually graphic remarks at work.

He talked about his sex life and pressed for explicit details about others’.

He told female students they would be good fits for broadcast journalism because they were “good-looking.”

He asked if an employee was having another baby when she mentioned that her stomach hurt.

He asked an employee if she was a stripper.

He sent texts “intended for his wife” to a female student.

But many more experienced a different type of abuse. We were belittled, insulted and berated.

He repeatedly accused students of insubordination and reprimanded them to the point of tears over minor or perceived offenses, such as pushing back on an editorial misjudgment or offering an alternative method to pursue an investigation, or agreeing with a peer’s suggestion instead of what Alec Klein proposed. Several of us were summoned into his office individually, made to sit on a short cushion in a corner as he hurled accusatory vitriol about our mistakes and then refused to accept any apology. He sometimes retaliated by lowering students’ final term grades even though these disagreements had nothing to do with academic performance.

He continued to show retaliatory behavior after discovering that students went to senior staff at Medill to voice their concerns about him.

He often required excessive and unnecessary closed-door meetings during which he pressed several of us to divulge deeply personal details about our lives, only to later use this information against us as a tool of manipulation.

He retaliated against an employee by giving her a poor performance review after she defended herself against his verbal abuse.

He has said: “You aren’t as smart as you think you are.”

He has said: “You will never be a journalist.”

He told one of us, after learning her mother is a professional writer: “Your mother is a writer, I’d expect you to be a better writer.”

He questioned whether an employee had actually attended her grandfather’s funeral after she had requested and taken the day off.

He told one of us she needed an A- to earn his recommendation. He later promised a male student in the same class a recommendation in exchange for a B+.

He scolded employees for “taking too much credit” for their work and in one instance denied any credit until proof was provided.

He has yelled at employees and students and accused them of “ignoring him” for not immediately answering his phone calls or emails — at times, outside of working hours, or when one employee was on vacation, despite her returning his call within a few minutes.

He has hung up the phone on several people who have challenged or called out his behavior.

He was openly dismissive in class to a student who struggled with English and made it apparent that he did not like her Middle Eastern accent. According to this student, he “killed” her confidence and made her feel like “nothing,” and he screamed at and hung up on her friend whom she had put on the phone with him for help.

He has said about and to female students that they are “too emotional” and “immature.”

Yes, you get judged for your 'phone voice' — and these tweets prove it

Testimony of Alec Klein’s awful behavior continues to spread through a whisper network of female students and alumni at Medill. Some of us, years later, can’t shake the hurtful and demeaning things he said to us. Some of us have had to seek counseling and therapy in the aftermath of his behavior. This has to stop.

We are writing this letter because despite numerous allegations, investigations and complaints — and at least one settlement — Alec Klein is still teaching. He still has tenure. He is still leading the Medill Justice Project, a crown jewel of the institution. Many of us have spoken to Title IX officers. We’ve spoken to other university officials and still, nothing happens.

We are not seeking to merely reprimand Alec Klein. We are demanding accountability for his dangerous behavior. He is a liability and a predator among your faculty. Yet his actions have gone unchecked for years, further traumatizing more and more women. Medill has not only let us down — it has also failed to protect us.

This #MeToo reckoning joins a host of other women who are collectively unmasking powerful men across the globe. We have seen many men of great talent — even some of our journalism heroes — fall. But know this: Alec Klein is no hero. And journalism, especially the emerging journalists who come to Medill to learn in a safe space, will be better served without him.

We know many unheard voices remain. Medill alumni, colleagues, students and others may send their stories here: [email protected]

In the interest of transparency, I participated in the Medill Justice Project from September until December 2017 as a student.