Live for the spotlight! 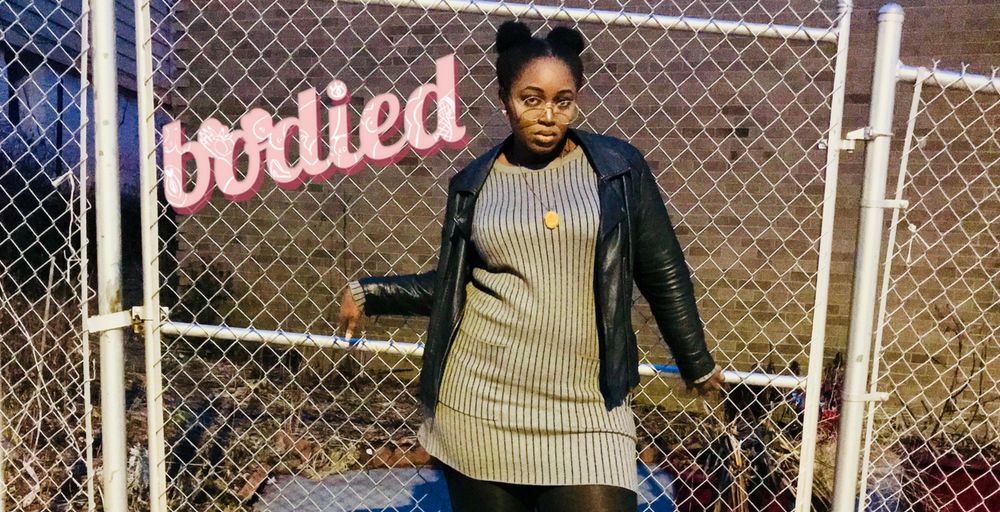 Throughout my journey to self-love, I tried to understand early on that not everyone had a body resembling Gigi Hadid's. Overtime, I learned that a lot of my fat-shamers were carrying their insecurities like bad acne and probably didn't know how to style themselves to maximize their attention-seeking abilities—but I have. Peep these plus-size body types and find out what your go-to look is for always remaining center-stage.

Poison apples' body type derives from the shape of an actual apple, meaning their widest measurement is at the midsection. Don't let that fact intimidate you, though. Girls with killer apple bodies know how to rock every body-con dress sold at FashionNova because it highlights the curviest part of their figure — that means they'll absorb the hell out of the body positive attention whenever she's spotted. In proportion to her midriff, though, poison apples have slimmer shoulders, hips and legs.

For my gals who flaunt this rectangular-shaped body type, you're the kind of girl who can really pull off lengthy, gown-like dresses—even when the occasion doesn't call for it. You'll cut your own slit to show off your legs as your taller stature makes you regal enough to prompt any passers by to take your photo. The Banana Baby has no obviously defined curves, which can look really cool. In other words, she's basically a model who can wear whatever the hell she wants.

Pear princesses are bestowed with a prominent ass and hips. If this is your body type, you seek out those classic 1950s "Breakfast at Tiffany" skirts that cinch your waist and flow out. You're gunning for that groundhog, despising him for putting you through six more wintery weeks because you're too eager to get back to sporting that sultry low-cut Boohoo body suit which you've bought in every color.

Carrot Tops are girls with wider shoulders and slimmer legs, so they may not struggle as much to get their legs through a pair of skinny jeans—which also happens to be her go-to look for optimizing her inner attention-seeking babe. Carrot Tops always want someone to notice just how leggy they are and anything sleeveless is pretty much their life's motto. They know a top with no sleeves in the winter is a surefire way to distract idiot men. You come off as sweet and innocent, but you know exactly what you're doing to take the attention away from slim-thick Becky Jane.

Since becoming an Hourglass Hoe, a semi-cocky attitude was a side-effect of my newfound confidence. But #sorrynotsorry, because it was was the main tool in my clapback arsenal against bullies. An Hourglass Hoe is similar to a pear princess in that both carry a full bust and hips, save for a naturally slimmer waistline. We'll probably seek out attention by wearing a pair of almost see-through leggings to show off the width of our hips and a crop top so people can't help take notice of our perky (or otherwise) tits while spotlighting our snatched waistlines.

Regardless of your shape, there's always a way to dress it up, so that you're bod is the hottest when you post to Instagram. The more you know your body and how to dress it, the higher the chance you'll steal a shamer's man.

Why is it so hard to make plus-size versions of cute, straight-sized clothes?

I'll say it: I'm salty. Why? Not because I haven't been laid (I haven't, but besides the point), but because every time I need a last-minute dinner or club lewk, all the plus-size clothes are ugly and leave me with nothing to wear.I have great taste, so I know awe-inspiring fashion when I see it.…

Being plus-size stopped me from coming out

It wasn't all that surprising when I could admit to myself that I liked both guys and girls. Maybe it was obvious because my first (accidental) kiss was with a girl in the 5th grade, or that I attended an all-girls high school, or how reading Rolling Stone headline "Should Straight People Attend LGBTQ Pride?"…

You can’t claim to be body-positive AND wear Spanx

She can go back to her packaging

Supposedly, we're now living in a world in which you can be a size 16 and rock booty shorts and a crop top — and its a power move. Plus, I challenge you to scroll through a women's interest site and not see stories about fat chicks refusing to conform to fashion standards, including ours.…