Which hot US Olympians are single? babe investigates

Don’t worry, there’s a lot of them 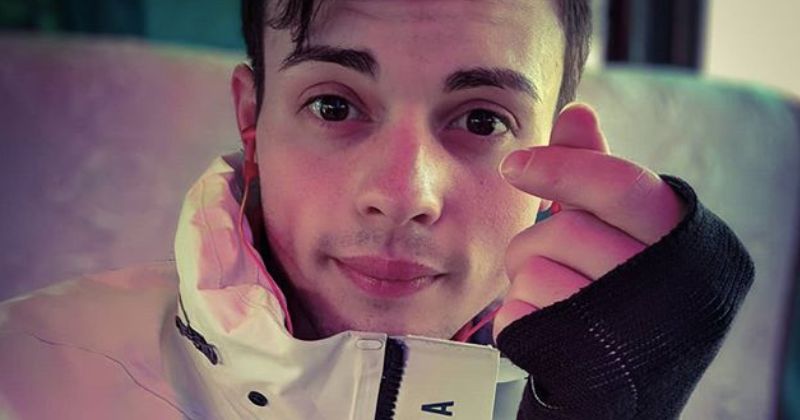 You always hear about all the hookups that happen in the Olympic Village. I mean, you can't really blame them. If I was surrounded by hot, single athletes 24/7, I'd probably be banging a lot, too. But if so much is going down at the Olympics, a lot of the athletes must be single. We investigated which hot US Olympians are single so you can go medal-scouting.

And don't worry, there are a lot of them.

Joey Mantia, a Team US athlete who somehow pulls off the fuckboy haircut, told US Weekly he's looking for a girl who loves dogs. Seems like every woman in the US, but okay. Cat lovers need not apply.

Alex Shibutani and his sister, Maia, holding their Bronze medals

Alex Shibutani must be a sweetheart considering he spends all his time skating with his baby sister, Maia. He's also single, if you can get over how much time he spends dancing with his sibling.

John Henry Krueger even looks good in a fucking bodysuit, and he's single. That's right, he doesn't have a girlfriend. And I'm pretty sure he's not gay. You know what that means: We might have nothing in common, but I still plan to shoot my shot.

This hot gold-medalist is single, and while he might be a global superstar, he's apparently still obsessed with Netflix. Sounds like the perfect boyfriend, IMO.

Nathan Chen, Team USA figure skater, on the ice during the Team Event

Nathan Chen, the beautiful Team USA figure skater, is reportedly only in love with figure skating. But I think it's time to change this guy's relationship status. I'll love you, Nathan!

Adam Rippon, Team USA figure skater, on the ice during the Team Event

Adam Rippon is a media sweetheart, Gay Rights activist, and world-renown Figure Skater. Sources say he's a major flirt in the Olympic Village, so if you think you can bring it, he's (probably) single.

Hot skier Lindsey Vonn is so single, she's tweeting about it. Someone slide into her DMs, stat.

Aja Evans, the beautiful bobsledder who starred in The Body Issue of Sports Illustrated, is single. She's also probably way too successful for you. Just saying.

Karen Chen, a Team USA figure skater, is hot and supposedly single. She could skate around my rink any day.

Chloe Kim is a gold-medalist who is also absolutely hot. Life is incredibly unfair. The snowboarder is probably single, since she's dedicated all her free time to her sport. But, she's also 17 so this is for high school seniors only. ?

Bradie Tennell, a figure skater who helped Team USA win the bronze in the team figure skating event, is notoriously private about her personal life. But all sources point to the Illinois-native only being in a relationship with her coach, Denise Myers. She might be too busy to go on a date with you, but honestly it's worth sliding into her DMs. Look at those legs ?