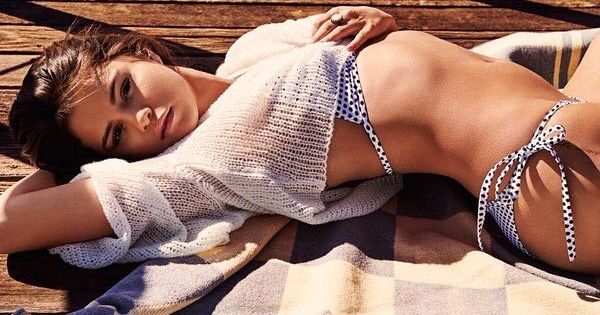 It seems like Selena is taking her split with Justin a little harder than we thought, because she's reportedly recording a Christian album even though I am fervently praying that this rumor is fake.

Selena, a Christian pop album? In 2018? In this day and age, the only people we're worshipping are Cardi B and Stormi Webster.

Selena Gomez doing Christian pop?
I'm not Christian and Wtf!
Guess I'll be saving my coins for AG4 instead.

I guess ever since the Biebs went all Mega Church on us it was only a matter of time before Selena succumbed too… But still, I'm a little worried for her.

First of all, is the market there? Billboard does track Christian music, but I haven't heard of any of the songs currently topping the Jesus Charts — and not just because I only listen to Soundcloud rappers.

Second of all, is pop music there? Christian rap had a lil moment back in 2015, before overt despair got trendy, but pop has been pretty areligious since Madonna freaked the church out with Like A Virgin back when your mom was still cool.

And finally, is Selena there? If Beyoncé announced a Christian pop album, I'd at least consider buying it because I feel confident that she's got God on speed dial.

But am I really supposed to buy that Selena and Jesus are tight like that? I don't think Jesus would let someone leave the Weeknd for a pair of sentient checkered Vans like Justin Bieber? I think the fuck not.

● I copied Selena Gomez on Instagram for a week and all my friends were like, seriously worried about me

● Here are the hottest pairs of twins EVER, ranked and then compared to each other