Teens are better than us

Students all across the country took to the streets, fields and sidewalks today to protest the epidemic of gun violence in schools that's already claimed at least 27 lives this year and my god, it is genuinely inspiring.

The entire #nationalschoolwalkout movement is basically the opposite of those 'If Hillary Had Won, I'd Be At Brunch Right Now' signs — students aren't lamenting, they're demanding because they know their lives might just depend on it.

Here are a few of the best pictures — of signs, of students organizing and rising up — we found from today's protests. They say it all better than my quippy intro ever could.

This black boy looking forward to the future

Student sign says: As a black boy, I hope one I day I have as many rights as a gun. #nationalschoolwalkout pic.twitter.com/PuIXpy5yo1

These students from Bethesda Chevy Chase High School in MD did *not* get permission to come out here, did it anyway. #NationalSchoolWalkout pic.twitter.com/FFeK7q2HBy

This student who's rocking a customized jacket 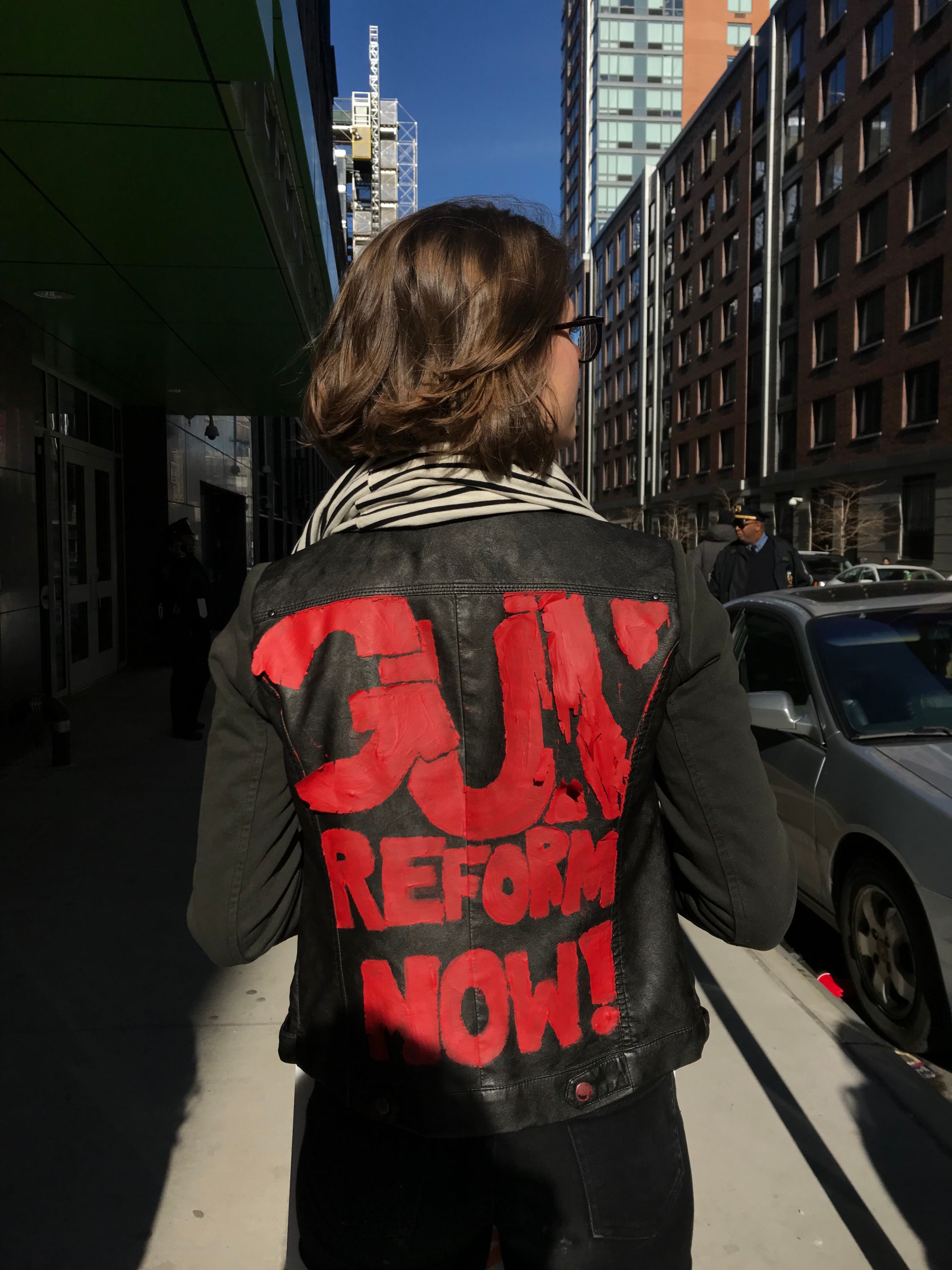 Photo courtesy of Liv Kleinberg, who you can also catch on our Instagram story!

This student who can't wait to exercise his voting rights

A student named Alex has brought this sign to the #NationalSchoolWalkout in DC pic.twitter.com/Et630jrJQ8

These New York City students, who would rather be worried about other shit

The students of Harvest Collegiate in New York City have had #ENOUGH. #NationalWalkoutDay #EnoughIsEnough

Justin Blackman, who was brave enough to walk out alone

These t-shirts designed by students in Philadelphia

The way this school in Maine honored Parkland shooting victims

Students at @SaintJosephsME participate in #NationalSchoolWalkout while 17 backpacks lie in the halls to remember the victims of Marjory Stoneham Douglass shooting #EnoughisEnough pic.twitter.com/ipjUTeiuYO

These students in Dearborn Heights, Michigan who formed a human hashtag

This student, who noticed that women's bodies are often more policed than literal weapons

“My Dress Code is Stricter Than The Gun Laws” pic.twitter.com/KoSaUUILmk

These students in Chicago who want to get back to work

● Courtlin Arrington is the school shooting victim almost everyone forgot about