Regina George’s character is completely different in the Mean Girls musical, and it’s not a good thing 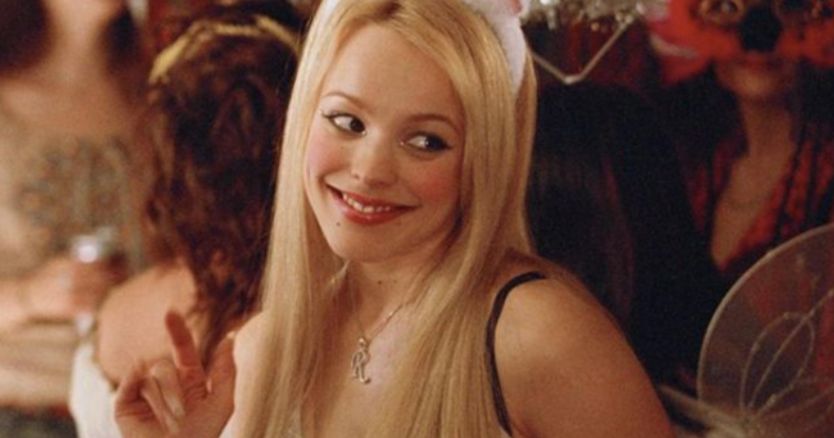 Listen here: I was not cool in high school. In fact, I was a theatre kid. Like, my whole senior year, I hooked up with a guy who played Pinocchio in our production of Shrek. That's how nerdy I was. And as someone who grew up singing show tunes and dreaming about being a cool girl like the ones in the movies, I was ecstatic when I heard there was going to be a Mean Girls musical. But a recent development has made me completely lose hope that I will ever enjoy this musical:

According to Refinery 29, Tina Fey has tried to add nuance to the character by adjusting Regina from a queen bee to a "girl boss." Rather than portraying Regina as pure evil, they've decided to poise her as a woman who is trying to figure out how to assert authority and be an independent woman in these modern times.

"Nobody wants to be mean, but everyone wants to kind of find their inner boss. And I think there’s a way to make Regina’s inner boss really positive, and I think in our musical Tina has done that in spades. You realize the reason people are like, ‘Bitch!’ is half because, yes, she is a dangerous person socially, but also part of her is finding that place where she can assert authority."

Refinery says this change makes Regina "relatable" and part of an effort to revamp the 2004 Mean Girls story for 2018 audiences. And while I agree there's lots of space in our current culture for stories of "girl bosses" (as long as you don't call them that, dear God), I'm not sure the Mean Girls stage is the right space. And I'm not sure it's relatable at all.

Mean Girls is easily the most quoted movie of my generation. And part of what makes the movie iconic is how it perfectly harnessed time-proof high school tropes. Sure, it was a little exaggerated to make it comedic, but the reason it still resonates is because it's just so fucking real.

We all connected to the stereotypes and teenage touchstones Mean Girls capitalized on, mostly through our own experiences and then again through age-old portrayals of high school in pop culture.

And who isn't familiar with the Queen Bee? She was in every teen movie, and every teen's life.

The Queen Bee wants to feel good about herself, most often to the detriment of those around her. She's an insecure middle or high school girl who happens to be cool enough to commandeer others rather than expressing her struggles by crying in a bathroom stall.

And there's something much more relatable in this narrative than the narrative of the 17-year-old "girl boss" who's, essentially, too strong for the weak girls around her. Think about it: Do we set high school girls up to be assertive and strong and confident by their junior year of High School? Should we suggest bullies are somehow the confident and strong ones, because they're just too "assertive" like Regina? And why are we so against just portraying the mean girl as mean? Mean girls exist. And we shouldn't be scared of offending them. We're allowed to call some people bad and not try to understand why!

Calling Regina a "boss" isn't cool and it's not relatable. I'd much rather see Regina as being fucked up because her mom wants her to have plastic tits than trying to empathize with her "lady power." Because lots of girls don't have power when they're 17, but that doesn't mean they aren't strong. And it definitely doesn't mean that mean girls who do have power should be given a pass for being a bitch. Some people are just evil and we need to acknowledge that.

• If you think about it, Regina George’s mom was actually a tragically misunderstood feminist icon

• This girl looks just like Regina George in her senior pictures and Twitter is going banaaaanas, y’all