I just wanna know why 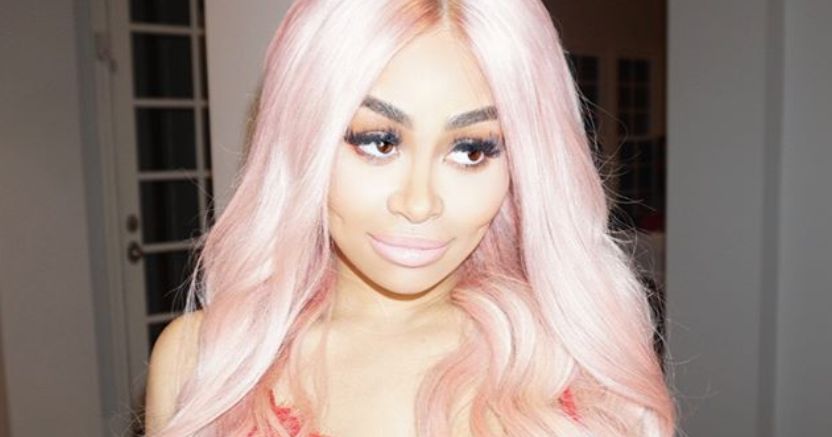 Age is just a number, and I'm an avid believer that you can date whoever the fuck you want. But I also think you can be criticized for it. So here's my criticism: I want to know why the hell Blac Chyna, a celebrity and mother, is dating an actual 18-year-old.

YBN Almighty Jay is a TEENAGE rapper from Houston. She's 29, so they're only 11 years apart. I guess that's not that bad. I just don't understand how she went from Tyga, to Rob, to a dude that looks more like her child than her mans? Like, Blac Chyna could bag literally any Soundcloud rapper and she picked the one that barely cuts it as a legal adult. Yikes.

And guess what? Twitter agrees with me. This whole thing is messed up. They've been taking this relationship down from Day 1.

This is too funny, she look like she taking him back to school shopping. pic.twitter.com/W53ZSQO4ST

Blac chyna posted a picture on snap of her and her boyfriend and he looks like an angry child waiting for his mom to finish shopping ?

After a shopping trip, Blac Chyna had to keep her mans from running into oncoming traffic. WHAT?

Blac Chyna pulled her boyfriend back like he’s her actual son I can’t believe pic.twitter.com/mATtYcPTwL

Blac Chyna grabbing her boyfriend out the street so he wouldn’t get hit by a car really showed me homie 13 & a half.

Y’all I’m really cryin, she had to snatch him up before he ran into the street like a toddler! Help! ??? pic.twitter.com/fHTVQfoy2N

Not to mention this boy straight-up looks like a child

Blac Chyna’s boyfriend doesn’t even have facial hair dude!! ??? He really is a little ass boy…

And apparently the couple met on CHRISTIAN MINGLE?

The worst part of this whole thing. Maybe it's an arranged marriage for Blac's brand?

Look at that booty grab!

• Blac Chyna’s mom says the Kardashians are using their babies to compete with her???

• QUIZ: Spend a million dollars and we’ll tell you your Kardashian baby name