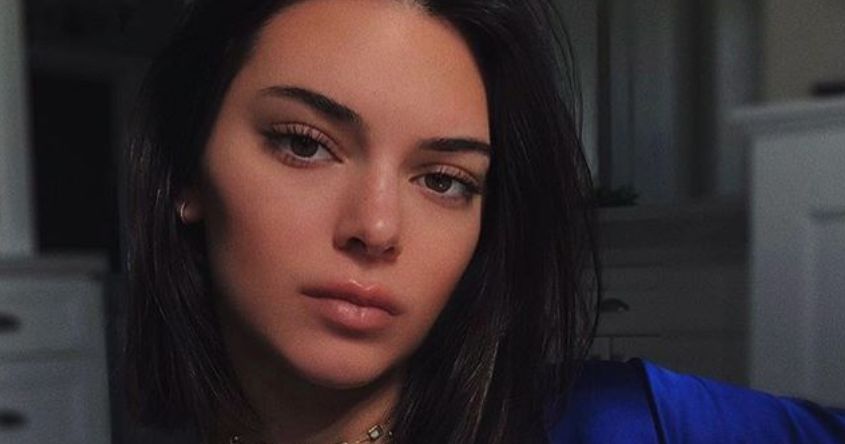 You would think by now the Kardashian-Jenner's would be chill just telling us about their plastic surgery. Like, I've literally watched your metamorphosis over the last 10 years, there's nothing to hide! Still, the sisters are usually tight-lipped about their cosmetic surgeries (no pun intended.) But just now, Kendall slipped up and revealed to us she's probably gotten some major surgery. Here's my theory:

A fan criticized Kendall and Bella Hadid for their plastic surgery, which prompted a viral clap back from Bella

Tbf, it was kinda the most iconic Insta comment of all time. I would've vomited if Bella Hadid responded to me.

So, she's started hiding her face when she's out in public to avoid getting caught with some major fillers

A doctor told Hollywood Life the star has definitely gotten lip and cheek fillers, along with a nose job like… super recently

She's just hoping we don't catch on, that's why she's been hiding her face in Insta pics or using blurry filters

But honestly, she made it way more noticeable by hiding

I don't really give a fuck if Kendall Jenner got plastic surgery. In my opinion, she just went from hot to hotter. Isn't that kinda the Kardashian game?

● Kendall Jenner is the only sister who didn’t congratulate Kylie, and it might be because of Travis Scott

● Let’s venture through the many faces of Khloe Kardashian