Ariana Grande is the best pop star of this generation, and I have proof 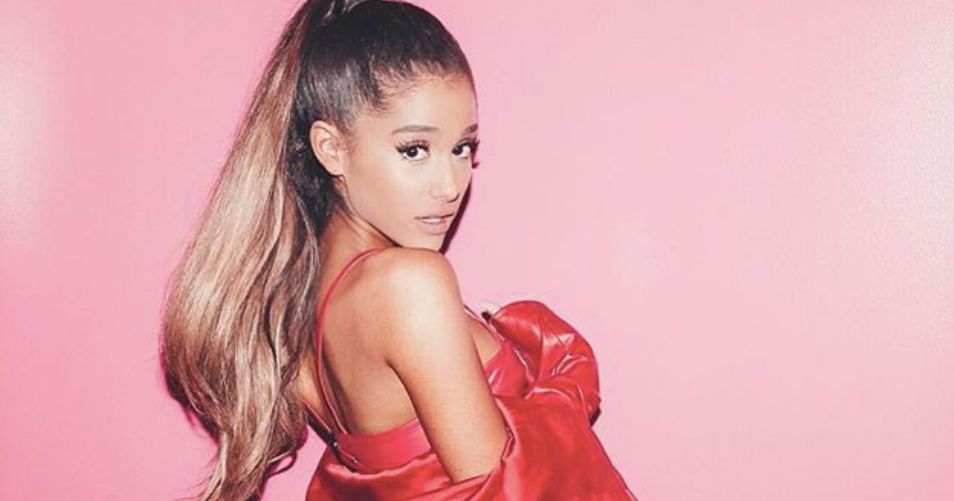 I'm often told we're living in a golden age of basically everything. We have the internet on our phones, Game of Thrones and Stranger Things on our TVs, and artists like Kendrick Lamar on our radios.

But if right now is the golden age of music, Ariana Grande is pop's queen.

She got her start on Nickelodeon's Victorious and Broadway's 13: The Musical, but she's developed into one of the best-known musicians in the world. Breaking onto the scene in 2013 with her triple-platinum hit The Way featuring Mac Miller, Ariana caused 15-year-old me to go out and buy a Teddy Bear phone case so I could look like her. But her influence in youth (and gay) culture has lived on. She is by far the most lovable, talented pop artist making new music right now. And if you don't believe me, I've written a multi-point essay to prove you wrong.

Oh, but let me put a disclaimer right here: Beyonce isn't the queen of pop because she's the queen of music. Beyonce transcends genre. So the Beyhive can stop right there with their ASSAULTS. Now, on to Ariana.

Literally everything this girl does slaps. She's the only artist to have all of her lead singles debut in the top ten on the Billboard charts AND go platinum. Ever.

Her first two albums, Yours Truly and My Everything, reached #1 on the Billboard Charts. And her third album, Dangerous Woman, peaked at #2 behind Drake's Views.

??#1YearOfDangerousWoman !!!! ♡ Thank you soooo very much for making this year so special and for showing this whole album so so much love. Really. Not just the singles, y'all really sunk into this with me and that is what means more to me than anything! You became a part of it. You gave every song on this album so much life and love and you have noooo idea. My heart is so full !!!! Thank youuuuuuu thank you for being by my side and showing me the love, dedication and support that you do. It's so unbelievable to me and always will be. Also, I'm having the time of my life touring this album and singing it for you every night !!! Music is truly everything to me…. so thank you for listening and growing with me …. I can't wait to take you where we're going next…….. ?

Her entire discography is critically acclaimed as a gift to pop music, and people are LOVING her first single off her highly-anticipated fourth album, No Tears Left To Cry.

The reviews are in: The critics are loving #NoTearsLeftToCry !

Billboard: "A grower, not to be fully appreciated on first listen."

I mean, fuck, her music is so good that the high quality of Into You is a meme.

Grandkid 2: there's no way *plays Into You*

Me on life support: pic.twitter.com/oi4yMUnlE5

When Ariana Grande hits the high note in “Into You” pic.twitter.com/s8KfelXNQE

She's constantly compared to the queens of pop past, like Mariah Carey and Whitney Houston

Ariana's 4-octave range and complex songs have drawn comparisons to Mariah Carey, Whitney Houston, and Celine Dion — so much so that have caused critics to call for an end to comparisons. Ariana should be allowed to snap all on her own, you know?

Me trying to hit the whistle notes in any Ariana Grande or Mariah Carey song pic.twitter.com/WKyCrbXaWW

And her talent is all real

Her live singing is INCREDIBLE. Autotune who?

She has a signature *look* like every pop star should

The bunny ears. The high ponytail. The teddy bear phone case. The thigh-high boots. Ariana has a distinct style that has made her a pop culture icon, like every real pop star. And she's really fucking cute. Two for two, bitches.

Ariana doesn't just get on stage and sing with her amazingly angelic voice. She puts on a fucking show. She dances.

She has sweet sets. She even fucking biked during Side to Side on the Dangerous Woman Tour. There are few people performing pop at her level, imho.

She supports other female artists

Ari's friendship with Nicki Minaj (and their consistently BANGING joint singles) is iconic.

#sidetoside is certified 2x platinum @riaa_awards !!! ? ?? thank you so so so much my babies ??♡ I miss and love you @nickiminaj! Congratulations on being the woman with the most HOH entries of all time!!!!!!! ? You are a gift and I am so so happy for you. Aside from making great records together ? I am most grateful to have you in my life as a sister and friend. You deserve the world! ♡??⭐️?✨

But she's always posting in support of female artists.

? VOCALS, POWER AND SUCH BEAUTIFUL ENERGY ? that was so special @ladygaga ♡ congratulations and much much love from a fellow Italian American music loving human ??

Literally the only scandal Ariana has ever been caught up in was the one time she licked a donut and said she "hated America." But honestly, don't we all hate America a little bit? And don't we all do something dumb like lick a donut every once in a while? I mean, lots of stars have done really HORRIBLE things compared to his. Remember the time Justin Bieber peed on someone? She even issued an apology, just saying.

She speaks up about important issues

But like, without being fake a la Katy Perry. Ariana has been described as a "natural" at signaling her virtues in a genuine way. Ariana has been using her platform to take down sexist double standards in the music industry for years.

She's also posted in support of various social movements, like Black Lives Matter and March For Our Lives.

Horrified doesn't even begin to cover it. My heart and prayers are with Philando's family. #philandocastile (Second photo should also include #AltonSterling #TerranceCrutcher and more) ???♡

Thank you @cosmopolitan for having me on your cover ♡?? Photo: @ericraydavidson Fashion director: @ayatkanai Queen of Cosmo EIC @michprom

She performed at the March for Our Lives rally and the Concert for Charlottesville. A woke, anti-white supremacy queen!

join us tonight for an evening of music and unity! watch live at http://www.musicandunity.tumblr.com

And can we talk about how she handled the Manchester terrorist attack?

She handled it like a selfless queen, that's how. Ariana immediately reached out to the affected families, performed a benefit concert, and continued on her tour despite emotional trauma like a fucking legend.

Plus, her fans are fucking cute

Arianators are all so pure! They just want to see Ariana succeed, and you always see them supporting other artists in exchange for other fan communities tossing Ariana some coins.

I love seeing Arianators and Swifties come together! We really do stan the current queens of pop!❤️ pic.twitter.com/RKsCuL8vTX

Damn the relationship between camilizers, arianators and mixers is STRONG

Basically, Ariana Grande is the greatest musician of today. She is a politically active pop princess who struggled through PTSD to bring us bops, has more notes than Idina Menzel, and has inspired a fandom that's not rabid but actually super feminist. We have decided to stan forever.

In dhefense of Bhad Bhabie, aka the ‘Cash Me Ousside’ Girl