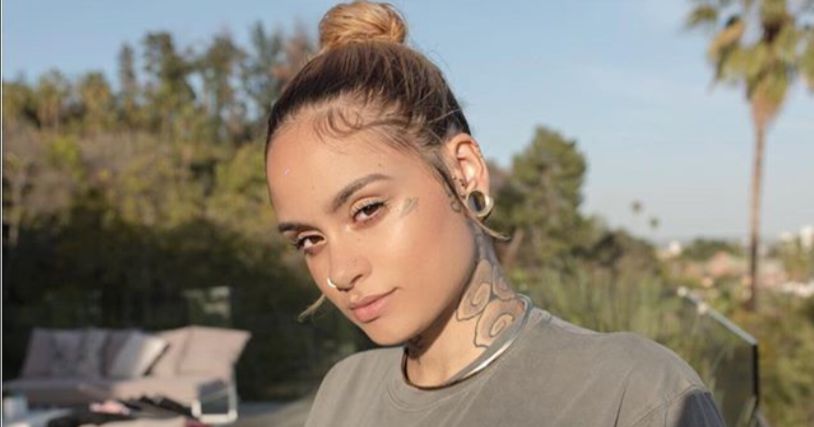 Rather than being gifted with presents within hours of her 23rd birthday, Kehlani gifted us with her return to Twitter yesterday, identifying her sexual identity as queer.

She continued: "and since we on that… i’m the LEAST attracted to straight men, y’all really adorable sometimes tho. bisexual men really are little gifts from god tho."

Soon after, she deleted the tweets.

But went on to explain why she retracted the Tweet

i retracted my queer tweet because i am being corrected about the way in which i listed the gender spectrum and i’m super super sensitive to being offensive especially when i’m only trying to appreciate. point is, i love love, and that love lies in every gender there is. ?

i always want to be corrected & educated when i am wrong. if i tweet something any form of incorrect, please let me know because i have a massive responsibility by having a platform.

She even admitted why "gay" didn't quite fit her mold

i felt gay always insisted there was still a line drawn as to which “label” of human i was attracted when i really jus be walking around thinking ERRYBODY FINE https://t.co/2zXOUY7fDf

Despite some of the backlash she received in talking about gender identity, there was hella support for her coming out

This is the formula to be woke !

WE LOVE A SELF AWARE PROGRESSIVE QUEEN pic.twitter.com/2uL3YYVUph

you're so precious sdfgsdf pic.twitter.com/grgDLj8nup

can i have your babies ☺️?

Happy birthday Kehlani! We're so glad you've become a representation of the Q in LGBTQ, since a lot of fools out here still don't seem to know what the last acronym stands for. Hopefully you can knock some sense into those pea brains.

● Demi Lovato and Kehlani are dating, and this sexy grinding is all the evidence you need