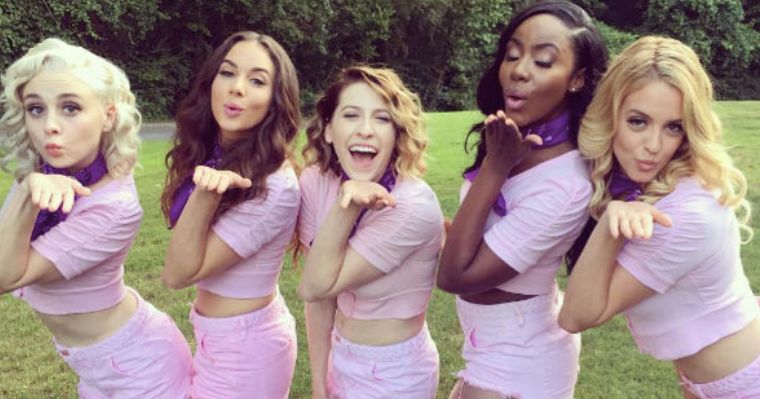 A big chunk of my childhood was spent pent up in a small town. It didn't occur to me until I moved from LaGrangeville to The Bronx ??how different I'd been treated in elementary school by the white faculty.

If you've grown up in a small town while Black, you'll probably have flashbacks to eeevery one of these moments, from Brad begging for your blessing to use the n-word to Cassie investigating the nature of your hair texture.

'Oreo' is your the nickname your urban aunties bestow upon you

Every member of your extended family who's lived in a major city for most of their lives will criticize your speech and wonder why you turned out "so white" because you actually enunciate.

You’d turn your earbuds down, paranoid kinfolk could hear you listening to Kacey Musgraves

I can't lie, I've been a culprit of pausing my Hannah Montana/Meet Miley Cyrus soundtrack in fear of being judged. Once the fam catches wind of your "alternative" music, the library is open to read you.

Your taste in music was always very well developed. But instead of your white friends letting you bump in peace, they'd tap your shoulder to throw down their 90s rap wisdom while tryna break it down to the bars of Wu-Tang.

Word to the ignorant: yes. And I should also mention that sunburns are also possible, too my unwoke grasshopper.

Finding natural hair products at Walmart (or anywhere, really) was a bitch

Imagine walking into a store that wasn't stocked with water. Yeah, that's the kind of famine Black suburbans have to prepare for. In many cases, I've put a few miles on my mom's car in search of a bottle of cocoa and shea butter for these naps.

Finding a hair dresser in the suburbs is like looking for the next prophet. I was in luck and traveled to the random hair salon embedded in JC Penney, seeking out their token beautician to get my kitchen to lay flat.

One of Yoshi's highest viewed vids on her channel is this quick messy bun…go check it out in full and subscribe! ? #yoshidoll ? Ghita – HateULoveU

It was always hard explaining to the Caucacity that my hair was special. Before white privilege became a term we all know too well today, many of my white friends were sad that, per genetics, they couldn't have what I had.

You were typecast in every school play 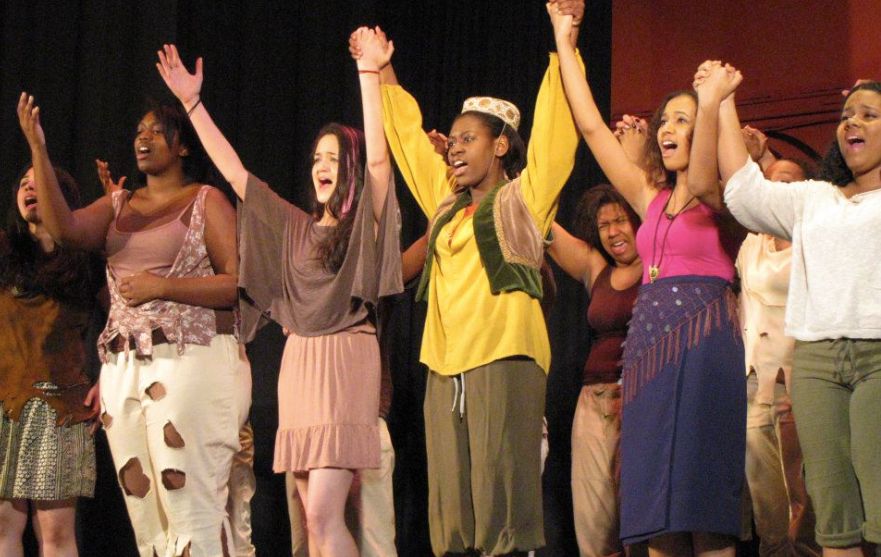 When you're rehearsing for plays like Hairspray, Grease or any time period where Jim Crow was in effect, you'd either be a dancer, the Black BFF or a damn tree. If you even recommended the Lion King to your music teacher, there'd be a lot of angry parents calling the principal.

There are numerous accounts of having to reiterate that I've heard of Ginuwine, Nas and Three 6 Mafia. It's like you're the all-knowing powerful one of your class, validating how down for the brown they are.

On the school bus in 7th grade, a kid called my sister a "nigger bitch." She punched him in the stomach and 15 years later he randomly hit her up saying it was the biggest regret of his entire life. Ass-whooping's impact!

Let's be real, popular culture is dominated by Black people. Men can't keep Lebron's name out they mouth, everyone wants to be a rapper like Kung Fu Kenny and Bardi, and you really think Becky with the good hair came up with phrases like "Okuurr!" "Yaaaas queen!" and "throwing shade"?! Girl, bye.

This was my favorite part about history class, to be frank. I had the pity of my classmates, teachers and principal in the palm of my hands — and made all my friends do my homework and give me their lunch snacks >:). I didn't realize it at the time, but I was definitely getting a return on my ancestors' brutal life.

If you got a new hair cut/style, friends and adults will try touching it

After your mother just spent a fortune on getting your hair permed, your pale friends were so enamored by your hair transformation, they combed their clammy hands through your locks—which they weren't permitted by you to do. 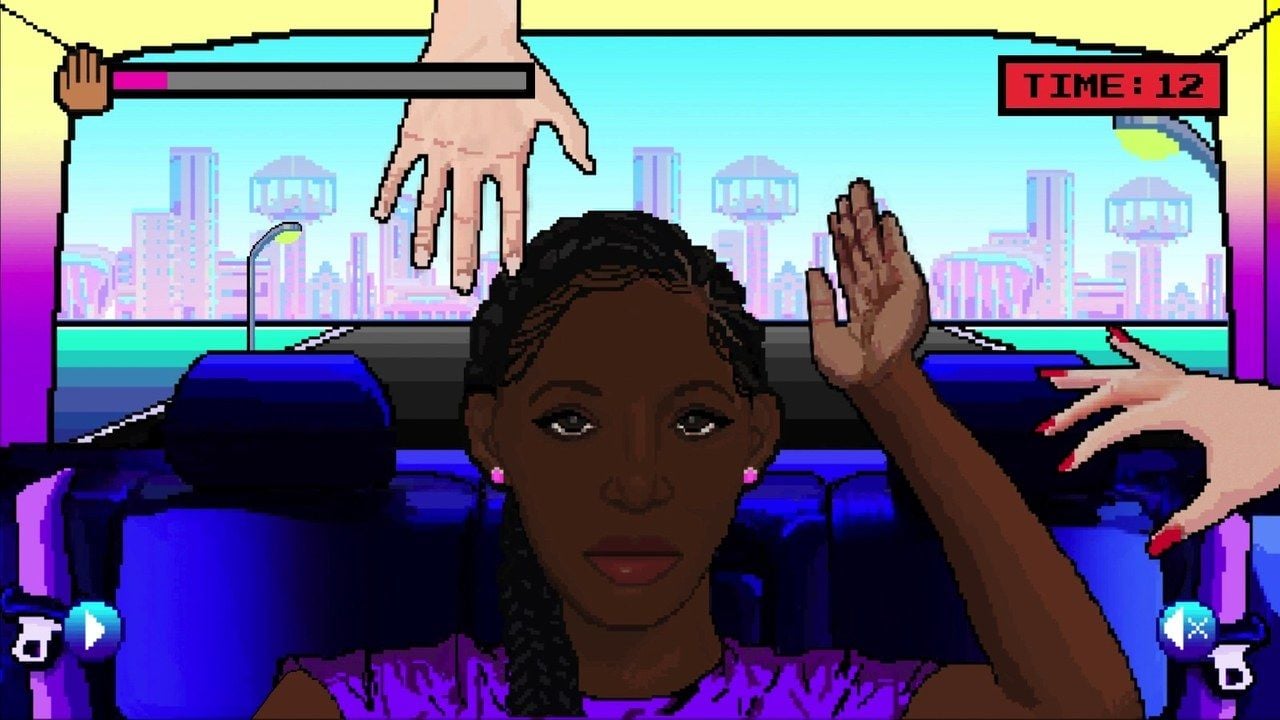 Even nowadays, there are still a lot of ignorant people who think all Black people are in cahoots with each other.

You’ll be asked to spit bars on the spot

Because the culture has a knack for rhythm, it's expected that rhymes and poetry just ooze out of our bloodstream—which isn't the case. But I like to be prepared for a rap battle anyway.

Many Black women are blessed with a little extra something and after watching one video of a girl shaking it in leggings for her workout video, everyone wants you to replicate her success. We may have it like that, but I'm not droppin' it for anyone but my man.

I understood early on that my coach needed me to play center in basketball: I was tall, bulky, and (if you haven't noticed), niggas are winning when it comes to athleticism. Looking at how these dudes in the league are built always make me wonder how the fuck we were enslaved in the first place. Like who the hell is shackling Shaq's 7-foot ass?

They somehow made a justification for you being a 'reverse racist'

I'ma lay some truth on ya'll: reverse racism doesn't exist. But if you're eligible to visit Wakanda, you already know this. All the times you said they can't dress up in Blackface nor use the n-word, your privileged counterparts tried to make a case for the fictional concept.

The irony of someone who doesn't know your experience attempting to educate you on what you should and shouldn't be offended by is appalling. Sadly, growing up Black in a small town means consistently having to defend yourself.

You were nervous to admit you liked someone outside your race (so like, everyone)

My sister liked guys named John, Josh and Taylor — meanwhile I was crushing on dudes named Justin, Adam and Kyle. Basically, the dating scene in a predominantly white town was probably as terrifying as the dating scene in New York City. Testing their woke patterns is a prerequisite for them getting my number.

No one understood why you kept so much lotion on hand

My teachers became concerned for me because when the air was brutal and brittle, my hands would be white as snow (but not enough to pass). Apparently, many of them were had never come across an ashy Black child in their entire educational careers. My dad had to explain to them that I was perfectly fine and that my skin was just a lil dry.

Anytime there was a racially tense issue, that's when you put on your adult face and accepted wholeheartedly that your teacher would with brush the issue under the rug and apologize to you on the other person's behalf — or they'd call in the parents, so they wouldn't have to deal with that drama.

You couldn’t borrow your friends comb and other hair products

There were countless amounts of times in elementary school where my white girl squad would comb each others' luscious locks, but mine were harbored in two or three despicable doo-doo braids with neon-colored barrettes at the ends. Needless to say, I couldn't participate in the braid train as my hair was much too advanced for the likes of a 7-year-old.

growing up black in the suburbs is: pic.twitter.com/3yIOWYabar

Whether you're a bonafide American Black person or came straight out of West Africa, its always an ordeal discussing your background. You're the only one with any real knowledge on African (or any other) history seeing as the textbooks are filled with nothing but white history.

We were stripped of cultural practices due to, y'know, captivity?! That, however, doesn't stop your white friends from asking why you can't imitate a Xhosa accent.

You are constantly just TIRED in that environment

Having always tried to fit in with white people while maintaining your Blackness is a lot of energy exerted. Just living is an exercise because you know to be at the top, you'd have to work 10 times harder. Many are looking for you to fail and become a stereotype, ending up young and pregnant or in jail. I still remember the jealous faces of racist parents when I beat out their kids, earning a metal for exceptional school grades.

Eventually, you went to go find some Black friends

When the pressures and irritations of whypipo got to us, we sought out ways to meet brothas and sistas to cope with the struggle. Thank goodness we have BlackPeopleMeet.com now. Where would we be without it?

● All the things black girls are tired of hearing