This generation gets everything!!!

During finals, you'd rather be standing outside the gates of hell than the doors to the library — and no, that's not an exaggeration!

So while you upload pics to your Finsta about how you're "literally crying rn omg", a student at the University of Utah, Nemo Miller, used her ceramics skills to help out. Nemo built a "cry closet" for stressed-out students to sit in and sob.

“A Safe Space for Stressed Out Students Otherwise Known as the Cry Closet” is up in the library!! Please use it to a take a break if you need it this finals. #cryclosetuofu 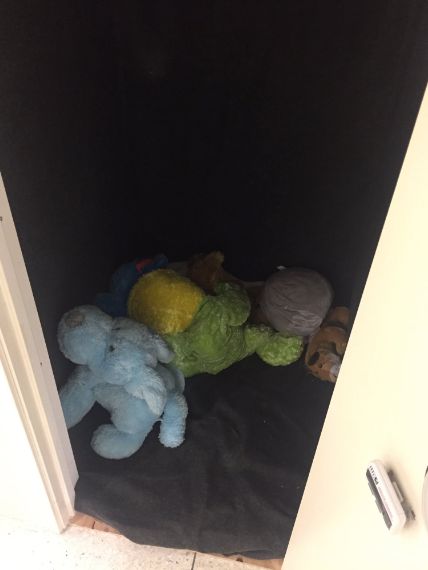 "This space is meant to provide a place for students studying for finals to take a short 10-minute break," the sign reads outside the closet.

Babe spoke to Nemo, who's a ceramics major at the university, and learned the cry closet originated as a project for class.

"This was actually made for an assignment in the Woodshop Techniques class, which was social intervention as an art genre," she said. "I thought that I definitely needed a cozy space to chill out this finals season, so I assumed that everyone needed one."

She installed the piece in the Library on Sunday, but had no idea it would go viral. "I’m not sure what the initial response was. I installed it, critiqued it with my class on Monday, and then it just blew up on Twitter."

In addition to the room's intended use, there are a list of rules outside the closet which the students probably have no intention of abiding by. Some rules include knocking before entering, one person per cry closet(yeah, right), and to turn off the lights before leaving.

bruh put one in my school

@Nemosanartist is the most iconic person at the U after making the cry closet
??

Make one for Georgia State pls

While my college initiated doggy play to minimize the stress of final exams (I'm referring to playing with actual dogs, you sickos), I think a room to bawl about my life problems may be a better trade-in.

● This girl found a genius way to bring Michael B. Jordan to her prom