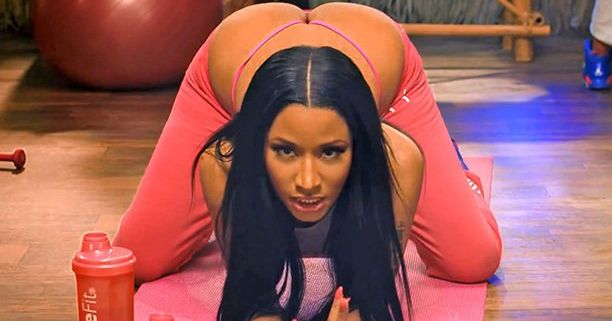 There's always a first time for everything, and some of us have never expanded our bandwidth of outlandish kinks. While the first time I experienced an ass eating came completely by surprise, some people are willing and able to try something new.

I went ahead and asked guys what the experience of eating ass is like for them, and the responses may just convince you to spread those cheeks for something other than a Brazilian waxing. Here we go.

Babe universe is our community of real girls just like you where you can ask any question in a safe space and get instant, personal replies to your problems.

I ate ass once, and it's literally something I did on accident. I also made sure hygiene was A1! I can't have a black hole full of dirt. As long as it's clean, it's just like eating the other thing. It's tight, it tastes like skin, and there's no taste. There shouldn't be.

Make a fist, then stick ur tongue in the middle of ur index finger. That's it. I like giving oral sex. And that's a part of it. If the lady is into it, I feel fine.

As long as the anus is pristine, it can be pleasurable for the giver and deeply pleasurable to the receiver. I have been both. After a shower or hot tub, and if the person being pleasured is OK with it.

One may not want any attention to the anus for any number of reasons, so just respect that. But When the stars align so to speak, enjoy. Enjoy for the intimacy of doing it, and enjoy it for the pleasure it is bringing to the partner.

It’s like eating joy! I get pleasure out of eating it. One time I oiled a girl's ass before I ate it so that I wouldn't have to lather her up with my tongue so much. Your tongue muscles start to tire out after a while.

Yes I eat ass, yes I love having my ass ate. Do I care what others think? Not a damn thing.

It's magical! It's just like eating pussy, so it's not that bad. But I love getting my ass ate too.

I always wanted to try it because the thought really turned me on, but I thought my ex would think it was weird to ask. But one day I just was like, "hey can I eat your ass?" The first time we did it she was definitely hesitant about how it felt and if she was into it, but after doing it a couple times, she would literally back her ass into my face because of how much she loved it.

I did it to my girlfriend and she loved it! And I've done it to her a whole bunch of times since, and (beside the point) she's been having really huge orgasms from me eating her ass while rubbing her clit.

I'll only do it after a shower. Usually when I eat, it's to make it wet so that I can slide in.

There was no awkward "can I eat your asshole?" The best way to go about it in my opinion is you just go down on her, get her going like crazy for a little bit, and just lick her there once at first. She'll think "did he just…was that…?" But you're still eating her pussy so she's feeling that and going crazy. Then go back to her ass just a little bit again. Rinse and repeat. Stay there longer each time. That's all there is to it.