Sooooo…is Blac Chyna pregnant with this teenager’s baby or what?

I don’t know about ya’ll, but I see a lil bump 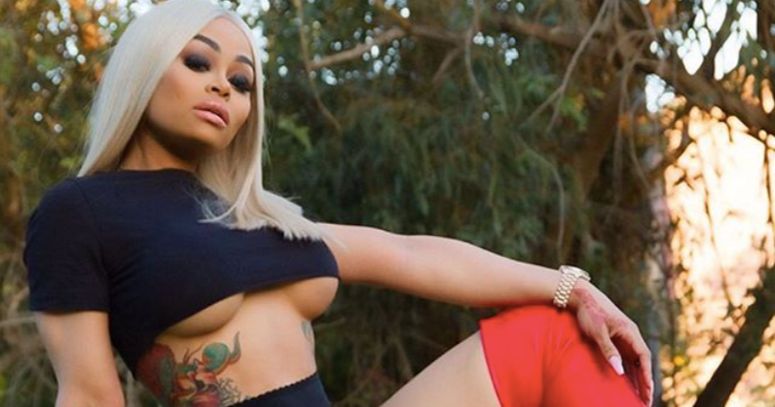 After we were floored that Blac Chyna moved on from New Year baby, Rob Kardashian, to an 18-year-old boy who calls himself YBN Almighty Jay, there are now rumors going around that she might have another bun in the oven with the teenager.

A site named MTO News, which looks like a bootleg TMZ, has published some completely unverified claims that Chyna is pregnant. They say they saw her at LAX, showing off a baby bump of two and a half months, smiling for the camera and rubbing her stomach.

A lot of people are now confused if she's really pregnant or if this is just a rumor:

blac chyna is pregnant by her teeny boyfriend ?

Is it just me or is Chyna doing this thing ALL WRONG?!? https://t.co/DzANAFitZ5

Chyna already has two other children in addition to this potential third. Her first child, King Ky is with rapper Tyga and she had her second child, Dream with Rob. If the rumors are true, this would be her third baby.

As of late, Chyna has been wearing more oversized sweatshirts and other athleisure apparel and it's reminding me of similar techniques Kylie used to cover up her whole ass pregnancy for nine months. But looking closely, I peeped a little more belly.

You can be the judge and drag me later, but honestly, I wouldn't be surprised if she was. Even Scott outed Rob for getting Chyna pregnant with dream after two weeks, so it's really just another day.

● Blac Chyna’s mom says the Kardashians are using their babies to compete with her???

● QUIZ: Spend a million dollars and we’ll tell you your Kardashian baby name