‘A man in uniform is a literal thirst trap’: Here’s what it’s like to have a military boyfriend

From the weekend dates to deployment 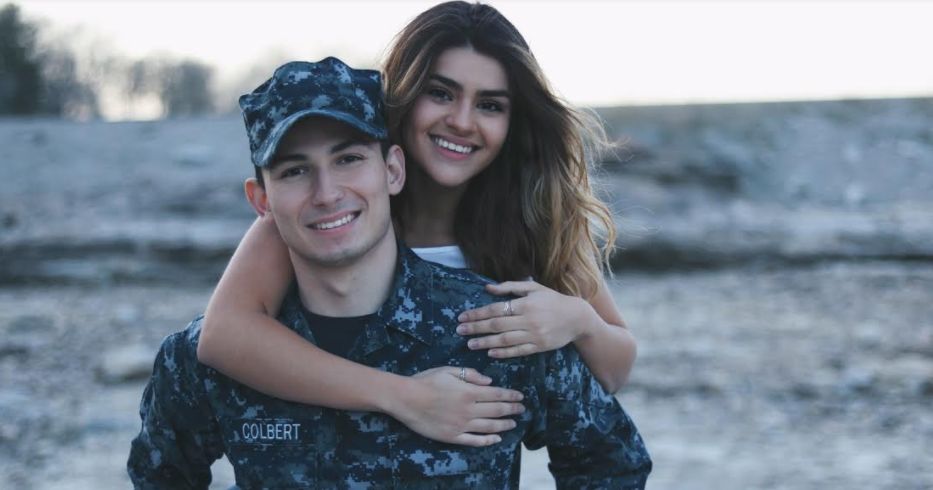 On our first date, the first thing my now-boyfriend told me was that he'd recently enlisted in the military. He was straightforward with me right from the start, and gave me every opportunity to walk away. He warned me that at times it would suck, but I decided not to run in the opposite direction. I took a chance, and almost three years later, I can't imagine what my life would be like without him.

Relationships in the military can be hard, but they aren't impossible. Here's what it's really like to have a military boyfriend — from the gym dates to the FaceTime calls to the fact that he puts his life on the line. 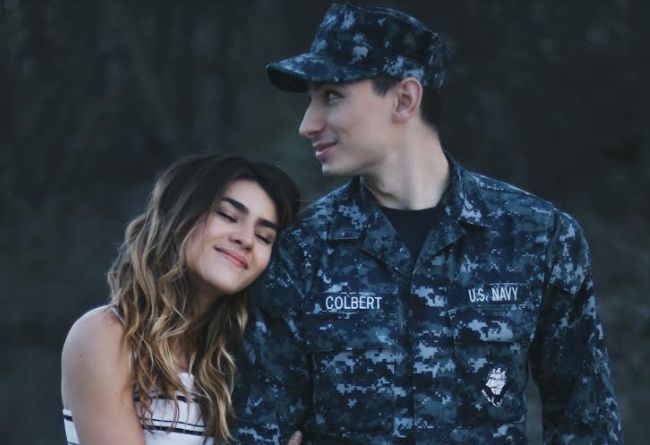 My military boyfriend and I

My boyfriend is enlisted in the United States Navy, and I'm a full-time student going to school a state away from where he's stationed. Basically, we're very long distance.

We don't get to see each other on weekdays, which sounds terrible but isn't as bad as it could be. On weekends when we're both free, we commute to see other. We take turns to split up the driving, so on opposite weekends, I head up to his duty station or he comes to visit me. I'll admit, it sucks only seeing him a few times a month (if I'm lucky.) But being in the military doesn't mean that my boyfriend never gets to take days off. For every 30 days he works, he gets 2.5 days off for leave. So, he's always home for things like holidays and birthdays. It's just like getting paid vacation days in any other job field.

Girl: I haven’t seen my boyfriend all day I miss him
Me: *laughs in military girlfriend*

There's a lot of good that comes from being long distance, too. Being apart during the week gives us both the opportunity to be independent and focus on ourselves, while also having freedom to spend our time however we want. It also keeps us from getting sick of each other. Because of the distance, we've learned to pick our battles wisely and we don't argue over stupid little things. When the time you have together is limited, you make sure that not a single second goes to waste.

I always remind myself that it could be worse. During a deployment, the military sends enlisted men and women all over the world for any amount of time up to just under a year. I'd take not seeing my boyfriend a few days a week over not seeing him for months during a deployment. Just having him on American soil is enough to keep me happy. 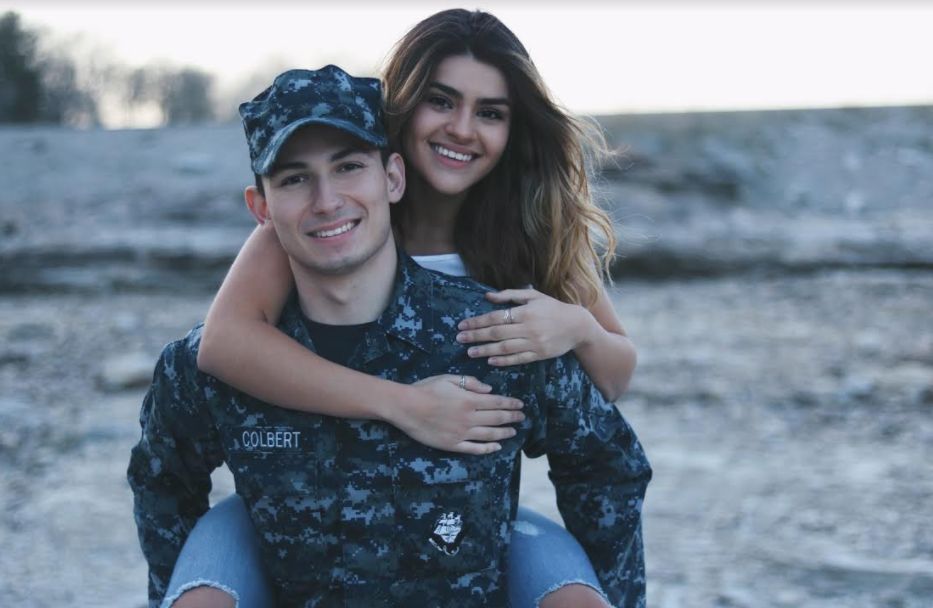 We don't talk every day

It's 2018, so talking isn't nearly as difficult as seeing my boyfriend. We're free to text as much as we want throughout the day. He works in the morning while I'm class, and by the evening we try to catch up on FaceTime or over the phone.

There are always days where being busy keeps us from talking too much. On top of his job at the hospital on base, my boyfriend is also required to participate in daily physical training — basically mandatory workouts. Some days even pass where we don't talk at all. What's important is that we're always making the effort to stay in touch when we can, even if it's only a quick hello. Time is everything in a military relationship, and how you spend it with the other person when you have the chance is what really counts.

The thought of losing him is terrifying

My boyfriend works as a Hospital Corpsman — essentially a doctor trained to work with Marines in combat. As a daily job, being a Hospital Corpsman means working in a clinic on the base. But my boyfriend's role in the military isn't to take care of soldiers with colds. On a deployment, he's the one responsible for running out onto the battlefield to treat wounded Marines.

Knowing that your significant other could potentially lose their life is probably the hardest part of being in a military relationship. It's something you have to accept at some point. At any time he could be sent out on a deployment, and knowing that he could come home hurt or just not come home at all is incredibly scary. 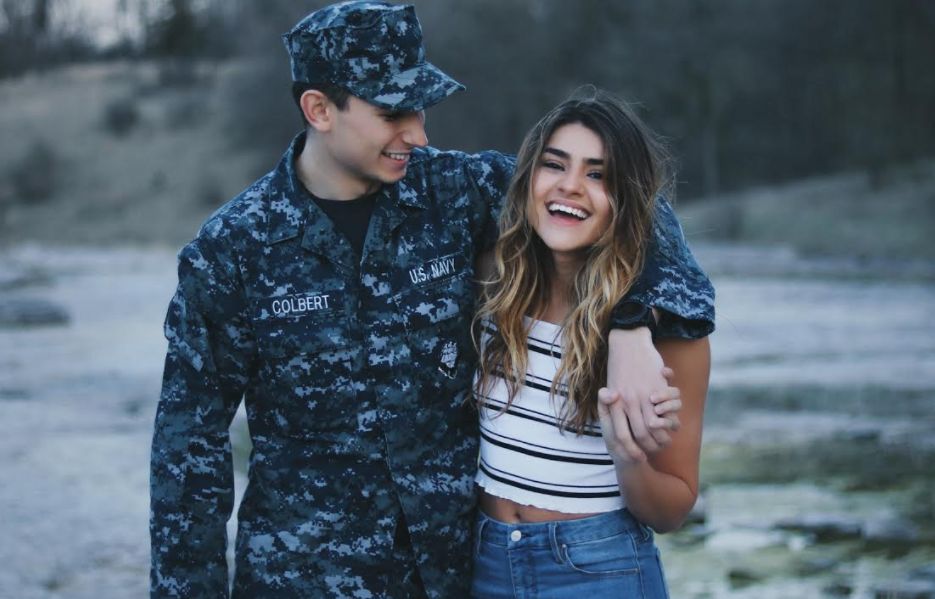 But it's something I can't let myself think about too often. To love someone like you might lose them is so special. It really teaches you to appreciate what you have while you have it.

But military relationships have their perks

A man in uniform is a literal thirst trap, but being with someone in the military comes with so many other benefits. People in the military have to stay fit, so enlisted guys generally care a lot about staying in shape and rocking a hot bod. My boyfriend is the ultimate partner when it comes to hitting the gym and challenges me to keep up.

Need me a military boyfriend cause they fine af in uniform ?

More importantly, I'm lucky to be with someone with such genuine character. My boyfriend's passion for his career in the military translates to his feelings toward me. He's hardworking, determined and will never let me down. For that, I look up to him. He's my rock, especially because he serves as a rock on a much larger scale. Every day he inspires me to be a better version of myself, and encouraging the growth of the one you love is essential to a happy and healthy relationship.

• QUIZ: We know who has a crush on you based on your personal style