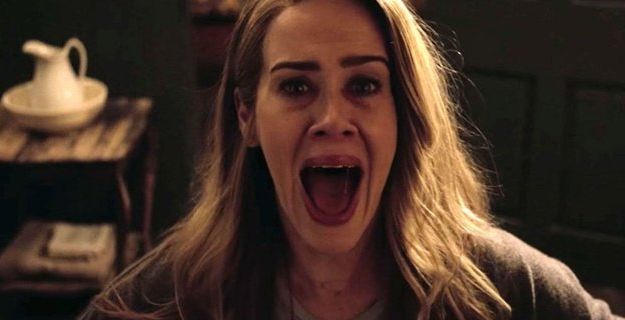 Every day, I get mad about something I see online — but usually I manage to keep it to myself and channel that rage into writing snark about Youtubers instead. But today, I came across the Ryan Murphy profile during which he told the New Yorker about an idea he had as he "absorbed the #MeToo crisis."

The idea? A Black Mirror-style, episodic drama called "Consent." Hell yeah! Let's turn that pain into pain-tertainment, baby! Why consider the fact that #MeToo is made up of survivors who've seen their trauma dissection on a national scale when you can consider how fucking GOOD Darren Criss is going to look dressed up like David Blaine?

Trying to make money off of other people's incredibly personal stories, turning them into entertainment for a quick buck, is gross and Ryan Murphy should be ashamed frankly.

Honestly, I feel like I'm in a fucking Black Mirror episode right now. Can we just sit on this, for a little while? The #MeToo movement isn't even cold yet, and our television wunderkinds are already getting inspired by it.

Imagine what we could come up with if everyone waited like… a year? Maybe some women could fill the vacuum that, in a perfect world, would be left behind by predators exiting the industry. Or fuck it, wait just six months and let Ed Westwick and Louis C.K. play themselves!

faced with revelations of widespread sexual harassment and assault in their industry, the men of hollywood ask: how can we turn our female colleagues’ pain into profits? https://t.co/4w5AFVYoDh

In terms of "Consent" episodes, so far Murphy envisions a Weinstein Company reenactment, a Kevin Spacey type, and even one featuring "an ambiguous he-said-she-said encounter." Wonder what that could be.

Whatever. They actress who plays me better be hot or I'm canceling my fucking Netflix subscription.

● This beauty blogger’s super-racist tweets got EXPOSED, because that’s what happens now ;-)

● People are comparing Jesus’s love to sexual assault, and they’re even using the #MeToo hashtag