A 15-year-old girl was murdered, and the person of interest is a man charged with committing ‘unlawful sexual acts’ with her 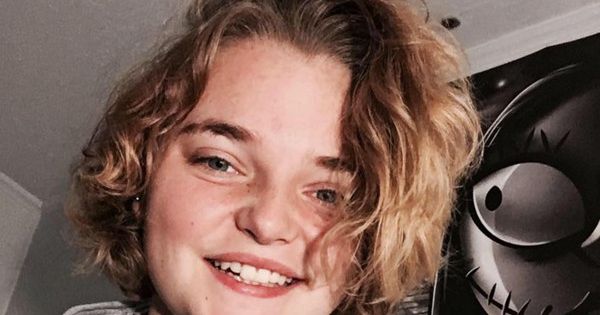 Baleigh Bagshaw was ambushed inside her own home in Salt Lake City, Utah on Monday, an attack that resulted in her death — while her mother listened on the other end of a phone call.

And according to police, the only man they're currently looking to question in Baleigh's murder investigation is already suspected of having "unlawful sexual contact" with her.

Shaun French is a 24-year-old man with whom Baleigh allegedly had "a consensual, though illegal relationship," according to Deseret News.

There is now an active warrant for Unlawful Sexual Acts with a Minor out for Shaun French, the #PersonOfInterest in the #Homicide of Baleigh Bagshaw. The warrant stems from previous contact with the victim. Help us find him! #SeeSomethingSaySomething pic.twitter.com/q3yAGnnzkV

French spent time living in the same home as Baleigh and her family, and police said the connection between Baleigh's family and French means it would not be unusual for him to be in the area around the time of Baleigh's death.

French was charged with unlawful sexual contact with a minor for his relationship with Baleigh, and there's an active warrant out for his arrest.

Those who worked with Baleigh Bagshaw, the 15-year old who was murdered Monday, say she was a ray of sunshine that made work a fun place to be. They can't believe she's not coming to work today. We're doing a story on how she's being remembered tonight on @KSL5TV at 6. pic.twitter.com/NbrZZkYkg7

Now he's the person of interest in Baleigh's murder — which one police officer called "a very violent attack" with evidence widely spread throughout her home and the area — and his location is currently unknown.

Baleigh's friends and acquaintances said they remember her as a girl who stood up to bullies, a good coworker and a fearless individual.

"Baleigh was one of my greatest friends that I ever had," another high schooler, Maddie Valdez, told Fox 13 in Salt Lake City. "All these plans that we had made and all of this future that we wanted was just taken away from us."

● This teenager watched as a man killed her boyfriend. Then she had her throat slit

● The Waffle House shooter says Taylor Swift was stalking him