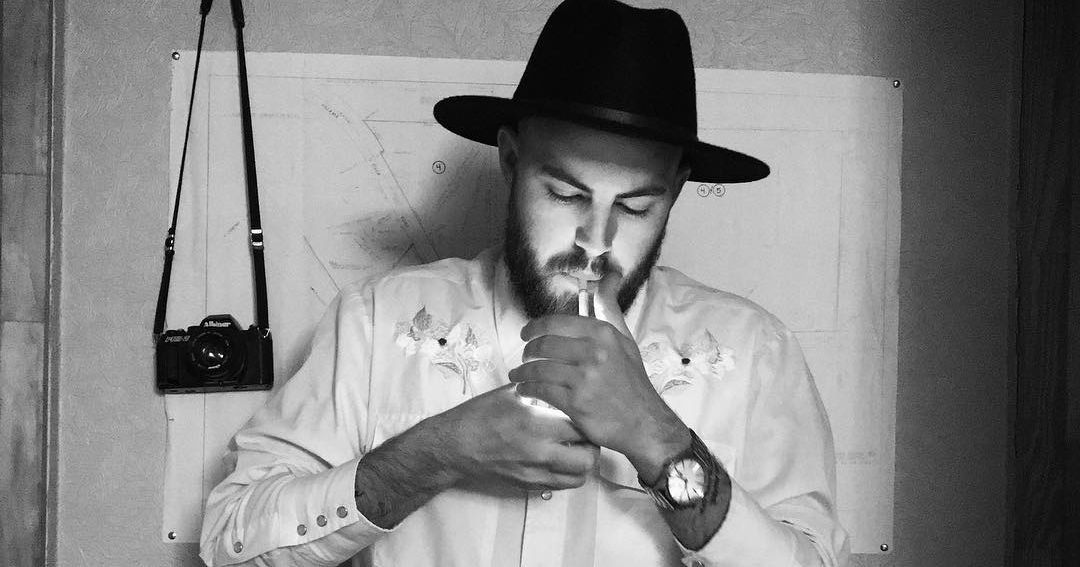 The most hated poet in America, as you remember, is that horrid Instagram personality who posts high school-grade poems about Smoking Cigarettes, Drinking Whiskey and Absolutely Having Sex with Women, sometimes all at once. Collin Yost has a large online following but is really just a bipedal list of clichés: typewriter, fedora, indecipherable arm tattoos (one is in French and seems to read “la petite est dans la rue,” which is just “the little girl is in the road,” which as far as I can tell isn’t a reference to anything at all).

Anyway he’s back! And he’s been spotted opening up about his love of Donald Trump. Yost has gone all out in support of the president – he used to post moody poems about cocaine and the feelings he felt in his dick, and now he posts about Trump’s impact on the unemployment rate. Look!

“223,000 jobs were added in the month of May./Unemployment is at 3.8% – the lowest in 18 years./Don’t pay attention to that./You should be annoyed that/the president and Kim Kardashian met. //keep your eyes open.” Mind. Blown.

The cat is fully out the bag, the fluoride is in the water. Here’s a poem about the failures of the Lamestream Media to recognize the brutal treatment of undocumented children is actually not Trump’s fault but… Obama’s!

He writes underneath: “They think you’re foolish enough to buy it without questioning it. I use the word ‘incorrectly’ very loosely here. You be the judge. Investigate before you share! //Keep Your Eyes Open.”

Here’s a good one about how The Media excuses MS-13, Hamas, Iran and North Korea just because they hate Trump. “I pledge defiance to the left of the United States of America, and to the lies for which it stands,” he writes. Foiled again, libs!

Is it too much to say this guy is just one day away from posting a rant about chemtrails and the benefits of colloidal silver? Two days away from controlled demolitions in Building 7? A week away from saying something really nasty about Jews?

This is a logical progression from his past life as the bro poet of Portland, a ghoulish microceleb from 2017 whose book, A Shot of Whiskey and a Kiss You’ll Regret in the Morning, I exchanged $8 for. It fulfilled every stereotype and hackneyed gag about male comp lit students who read Charles Bukowski, smoked Marlboros and hated women but also wanted to have sex with them. The book had poems like this: 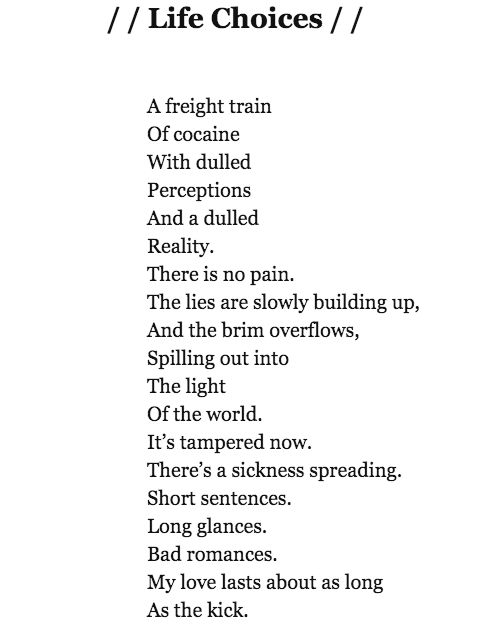 This came before his second act, where he railed against the modern celebrity culture, obsessed with the Kardashians and the internet. He criticized how people “give our 140 characters and go back to watching the news,” including a load of hashtags that he thinks prove how we’re all incapable of caring about anything. Then he tagged his poem with these: #typewriter #wordporn #spilledink #love #art #quotes #poemsporn #newyork #writersofig #words #losangeles.

Back in November, after he was profiled by The Outline as The Most Hated Poet in Portland, I emailed him to ask what he thought about everyone calling him a total bastard with shit for brains, etc. He wrote back:

“Everyone is entitled their own opinion and that is OK! When I first started getting hateful messages and comments it definitely hurt, but you have to get a thick skin quickly. I will gladly take all of the hate though, if it means that someone somewhere else is getting something emotional or inspirational from it.”

He explained that he also “kind of loves the title” of Most Hated Poet. “I’ll gladly be poetry’s new controversial bad boy, so to speak. Sounds like the perfect role for me to fill.”

So maybe the Trump poems are just his latest stunt – after all, he’s got a new poetry book to sell called Cashmere Dreams and Silk Sheets. That or he’s genuinely on the path to a tinfoil-hatted meltdown, in which case you can tune in later this month when he uses (((three brackets))) to ask who really controls the media!

• ‘When I hear the word Muslim, I cringe’: Meet the viral Christian YouTubers who think everyone’s going to hell but them

• EXPOSED: We found all of Cameron Dallas’ racist tweets