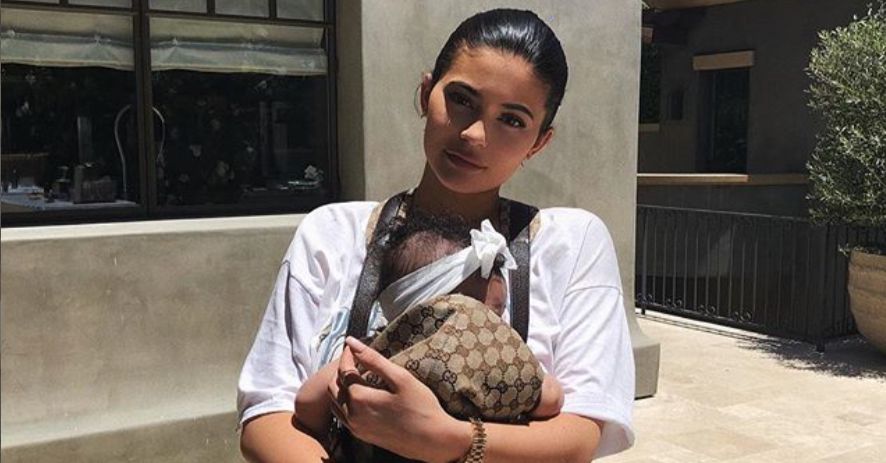 If you haven't been lurking on Kylie Jenner's Instagram, you probably didn't pick up on the fact that her daughter, Stormi Webster, has stopped making her viral cameo appearances.

i spy with my little eye…

After uploading this pic, captioned "I spy with my little eye…", a fan came at Kylie for cutting Storms out of the shot.

"She cut her baby out," the fan commented, but Kylie quickly responded. "Yeah I cut my baby out," she said. "I'm not sharing photos of my girl right now."

Kylie's basically deleted any and every trace of the 4-month-old's face because the social media star says she wants to maintain her daughter's privacy.

I can't say I blame Ky. Back in February after giving birth, she said she kept her entire pregnancy a secret from the public eye in preparation for her new role as a mother. "I knew for myself i needed to prepare for this role of a lifetime in the most positive, stress free, and healthy way I knew how. There was no gotcha moment, no big paid reveal I had planned."