Warren Buffett, the billionare investor with a face like a dangly ballsack, is not dispensing advice for locals. And yet, people being people, they have fallen for a fake Warren Buffett account that tweets vanilla platitudes meant to inspire the extremely basic:

Why would Warren Buffett, the third wealthiest man in the world, give a shit that you might be overeating or don't drink enough water or have too much clutter in your dorm room? Do you think Warren Buffett wants you to "smile, right now"?

Do you think Warren Buffett, a man who was born in the Year of Our Lord 1930, really likes to say "smart grind always pays off"?

You will not regret

1 Stop talking so much.
2 Read more.
3 Patience is a virtue.
4 Smart grind always pays off.
5 Eat healthy, do cardio.
6 Stay away from toxic people.
7 Giving is better than receiving.
8 Clean up your room.
9 Keep your day organized.
10 Don't waste time or money.

The most expensive thing you will ever do is spend time with the wrong people.

This unique brand of sincere advice is being eaten up by every moron on Twitter – "truth!!" says one fan, "#MotivationMonday" agrees another, and my favorite: "It's really that simple, but some of y'all don't even try." 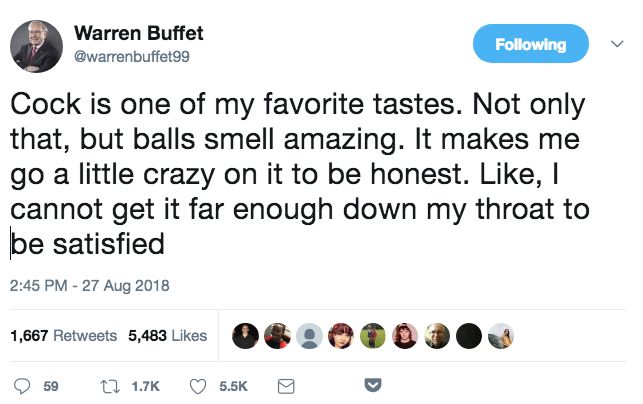 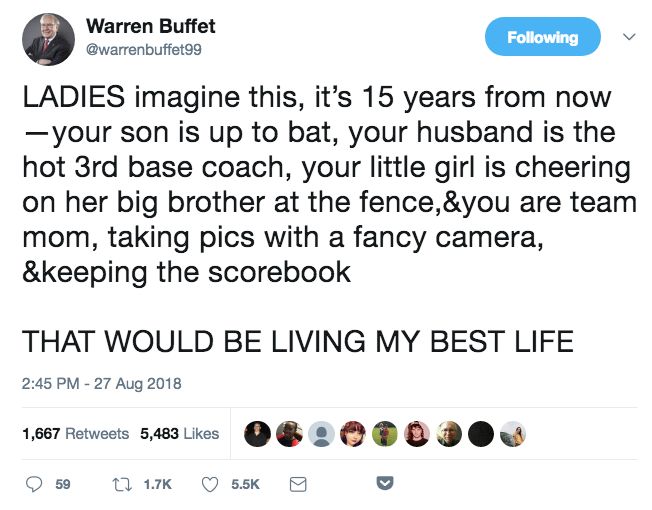 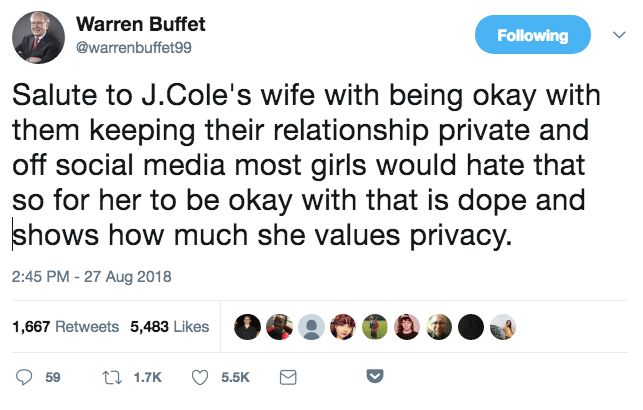 • Is your boyfriend in a frat? Leak his racist groupchat messages to us!

• This giant virgin made a comic with a Confederate superhero

• I’m no doctor, but I don’t think those pills that ‘turn food into zero calories’ actually work

How to handle your handle, if you will

If you've even breathed in the direction of Instagram in the last year or so, you know what a finsta is — a fake Instagram account where your dumbass friends share their drunk snaps, their speeding tickets, and embarrassing nudes they'd never want anyone IRL to see. If you clicked on this lil link, you've…