Why is no one calling Drake out for his relationship with a teenage girl?

Even worse, it seems that he has known her since she was only 16 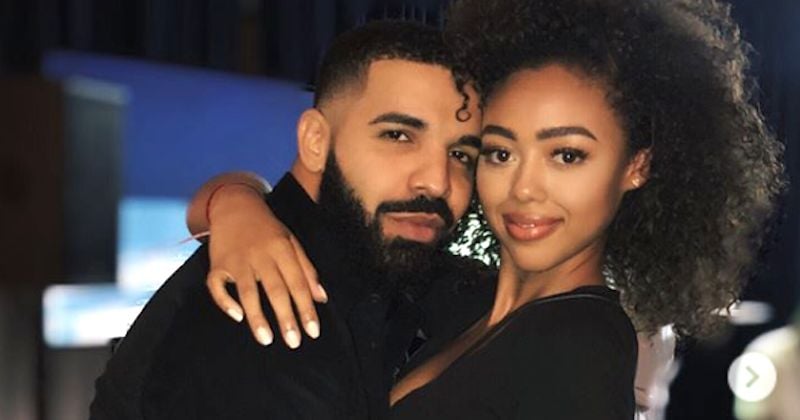 Drake — world-famous rapper, champion of sadbois everywhere, and most importantly, a grown 31-year-old man — has apparently been getting very cozy and intimate with a teenage girl who is 13 years younger than him.

According to Page Six, Drake was spotted dining in Washington, DC with 18-year-old model Bella Harris. People reportedly saw the two of them "getting cozy" at a private dinner in a fancy Italian restaurant.

Although it has not been officially confirmed if Drake and Bella are actually dating, there is still no denying that there's something going on between the 31-year-old rapper and the 18-year-old model.

In August, Bella posted a photo of the pair exchanging a very intimate embrace, with their faces touching and everything. Bella's caption, "no place I’d rather be ?," also seems to suggest that she has a romantic and/or sexual relationship with the rapper. 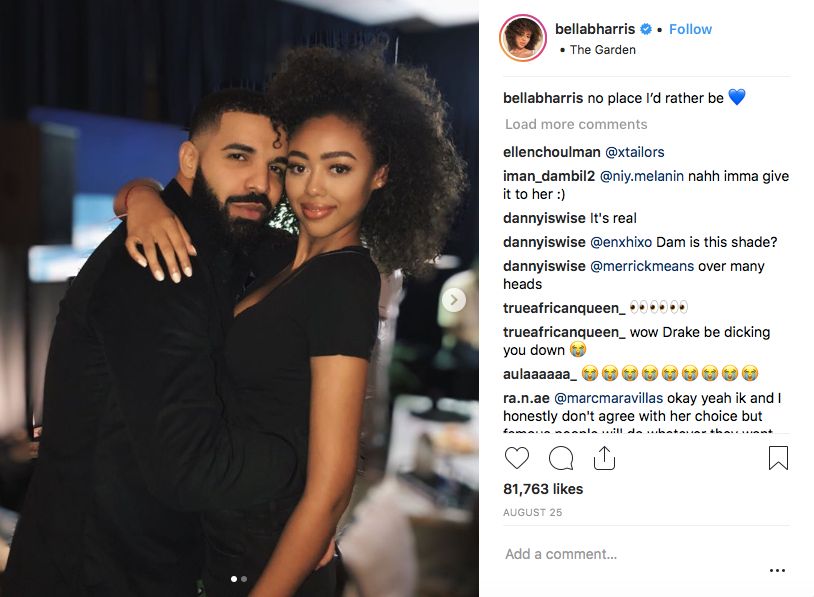 This is disturbing, of course, because Bella literally just graduated from high school. Sure, 18 years old is technically legal — but the moral and ethical implications of this enormous age gap are still highly questionable. After all, I'm only 21 years old and the thought of dating a recent high school graduate is enough to make me gag.

A large age gap matters less as people get older simply because both parties have more shared experiences, more practical knowledge about the world, and more opportunities to advocate for themselves. But when one person is only 18 years old and the other person is older, even by a few years, there is an extremely skewed power dynamic at play.

As a result, the relationship ends up feeling incredibly exploitative. And I imagine this power dynamic (and this potential for exploitation) is even further compounded when the other person is a world-famous rapper.

But wait, it gets worse! A quick scroll through Bella's Instagram shows that Drake has been hanging out with her ever since she was only sixteen years old. 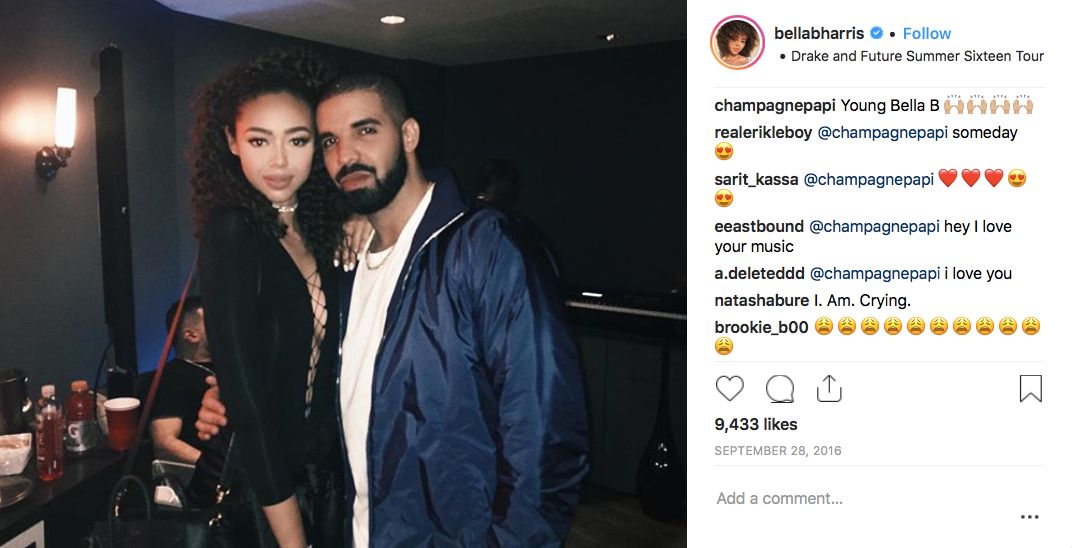 In an Instagram photo that Bella posted on September 28, 2016, Drake and Bella pose for a photo together, their faces almost touching and his right arm drawing the 16-year-old girl close to his body. Bella captioned the photo: "last night w this legend??? #revengetour"

However, as people in the comments pointed out, Drake was 29 in this photo and she was only 16, which makes the intimate pose — as well as the dating rumors that surfaced two years later — seem extremely inappropriate and borderline pedophilic.

People in the comments accused Drake of harboring sexual intentions toward a 16-year-old girl and grooming her from a young age.

"It's not chill when a man grooms a 16 year old girl," an Instagram user commented. Another tagged Drake and said, "Omg I can't believe this!!! You are a fucking Pedo!!!!"

Coming off an amazing New York fashion week, I feel I need to set the record straight… I did not dine in DC recently. I was happily working & dining in NYC everyday.

However, the pair seem to be denying these accusations. A source close to Drake told ET that Drake and Bella are not and have never been dating.

Bella has also denied that the dinner date with Drake ever happened. "I feel the need to set the record straight," she wrote on Instagram a few days ago. "I did not dine in DC recently. I was happily working & dining in NYC everyday."

Regardless of their official relationship status, it is certainly concerning that Drake is spending so much time getting cozy with a teenage girl, rather than a woman his own age.