How to move past those first-time-hookup nerves 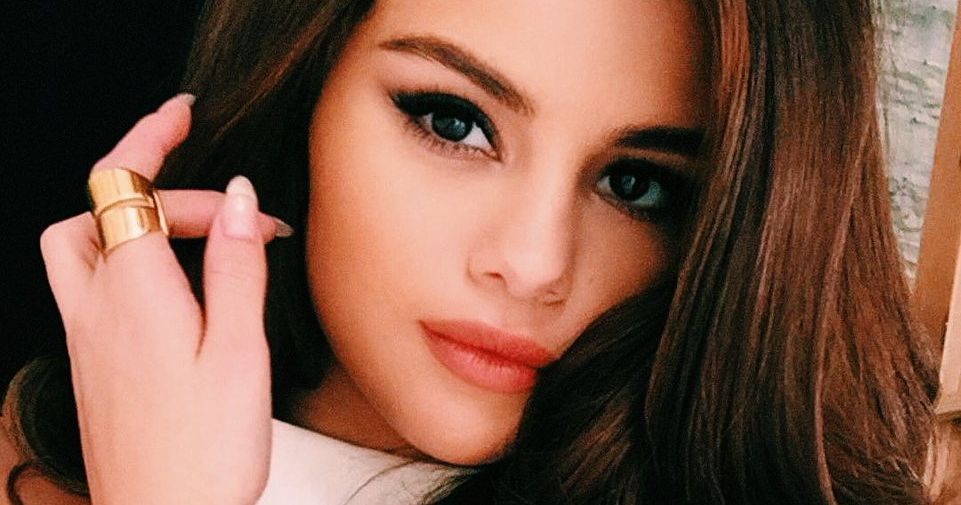 You know in movies when two people hook up for the first time and start making out in the hallway and then crash through the door and smash into the walls and tear each others clothes off before each orgasming ten times each? If only it happened like that in real life.

Hooking up with someone for the first time is scary as all hell: showing them your scars and tattoos, all while contorting yourself to mask imperfections. Oh, and exposing every last inch of your asshole to someone who is for all intents and purposes a stranger to you.

If you go into the hookup knowing this will be the first and last time, it can be a bit easier since there's less to lose, but if this is someone you think you like, it can be horrifying. So, here are a few things to keep in mind to make it easier. Note, these are recs, not rules:

Chat one-on-one with a babe editor about your specific sex, dating, and love issues on our private Instagram right now.

Plan an activity for beforehand

You don't have to do yoga or go to a spin class, but by activity I mean, spend some real time hanging out before diving straight into the act. Whether that's dinner, a movie, drinks, a museum, or a group hangout, it'll allow you to find common ground and get a bit more comfortable with one another before stripping down.

Even if you know each other well, if it's your first time having sex, you might feel a bit more uptight, anxious or tense than usual, and joking around beforehand will remind you of why this is a person you're (hopefully) comfortable having sex with in the first place. 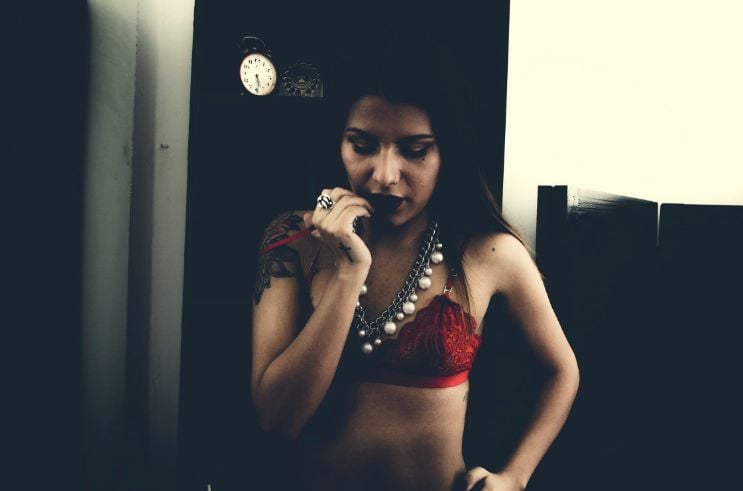 It may not seem like a big deal whether it's at theirs, yours or the bathroom of your favorite dive, but location is tied to comfort, and comfort is key. Personally, I suggest going to theirs, because it give you the opportunity to leave when you choose. When someone comes to yours, especially to have sex, they may overstay their welcome, and it's going to be hard to ask them to leave once their naked, sweaty and half-passed out on your bed.

If their place is too far to be fucked, and you want them to come to yours, consider coming up with an out — a birthday dinner, a really early morning. This way, if you're fine letting them stay, great, and if not, you've already suggested you might be busy, so you won't seem rude asking them to pack up and find their way out.

Do not underestimate the power of foreplay

So you've spent some time hanging out, you're finally near a bed, and you're both anxiously awaiting the other one to make the first move. You're nervous, which is fine. It's sweet actually. What you'll want to keep in mind is if you're nervous, they're nervous as well. Because of this, there will be a temptation on both ends to hurry up and get it over with so you have the first time under your belts. That said, the only thing more awkward than the first time, is the first time when it's unnecessarily rushed.

Take time to get comfortable with one another's bodies. Even if you know this person, you do not yet know them in this context, and it's okay to want to spend some time warming yourself into sex.

Protect yourself in whatever way

I'm not here to be your mom, so I'll keep this short. Either use a condom, or have a conversation with one another about the last time you had a checkup, etc. This is pretty basic stuff, and if they have an issue with you asking, they can go right ahead and get themselves off.

Do not expect it to be perfect the first time 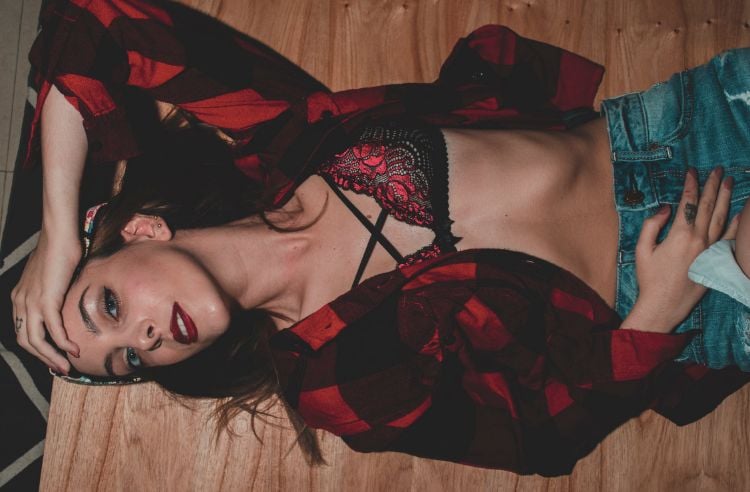 The pressure is on!! It's totally natural to want your first time to be picture perfect. Especially if this is someone you've spent time with previously — they've checked all the boxes, and this is the last one. If the sex is great, you two are essentially perfect for one another. Right? Wrong. Well, maybe, but you certainly won't know right away.

The same way you can't exactly judge someone's personality off a first date, because it feels like a weird interview-tryout hybrid, you can't really judge someone's skills in bed off your first time sleeping together. Even the second time might be a bit shaky. If they're being rude or aggressive, you can certainly judge the first time, but if they're just a bit awkward or fast to finish, consider giving them another shot. Believe me, they are very aware of how well or how poorly they are performing, and it's probably making them even more stressed.

Consider whether you'd be okay never hearing from them again

Ooooookay, this sounds dramatic, but it's not. A lot of times — even when it's someone we've been dating — we hook up with someone and then never hear from them again. Maybe the sex didn't live up to their stupid standards, maybe they're worried about becoming attached, or maybe they're embarrassed by their own performance. This is why I always say you should consider if you'd be okay never hearing from them again, come tomorrow morning. If you are, great! Go for it. If you are concerned this will change things between you two, then talk to them about it first. They might have the exact same concerns as you.

It's okay to guide them, but make it a conversation

If there is something this person is doing, or not doing — like you really want them to choke you, but instead they're whispering sweet nothings into your ear — it's totally cool to tell them or show them what you want. If they aren't comfortable with it, that is another conversation you have to have, but a lot of times people just aren't sure what you might be into, and don't want to do anything to freaky the first time around. When you vocalize these things, it makes the whole experience at lot less stressful for both of you.

Remember to laugh things off

If they can't get it up or something like that, do not put pressure on them, because it will only make things harder (not in a good way). Or if your chests fart, or if one of you elbows the other one in the face, or whatever the case, the worst thing you can do it pretend like it didn't happen. You are both in the same room in the same bad. You both know what happened, and it is not the end of the world.

If you can't laugh about it, you aren't right for each other, and that's the tea.

Stop trying so hard to impress them!!!

You are a naked girl who is agreeing to let them put their weird penis inside of you!! They do not care what you look like, and tbh they probably already know. There is only so much you can hide with clothing, you know? If they aren't into it, it's not about your body, it's about something else, like they didn't feel you two clicked for whatever reason, and that's not something you can change, so relax and try and enjoy yourself. It's obvious when someone is super focused on themselves and their performance during sex, and honestly, it's kind of a turn off.

Turn your phone off

Not that I expected you to be texting while on top, but there is nothing that kills the mood like a snapchat from "Matt" in the middle of your first time doing it. Just turn it on silent and ignore it for like an hour of your life. Everyone will still be there when you two are done. Also, there's nothing more annoying than someone checking their phone as soon as you finish, so maybe leave it off for a little while after. Then, when you sneak out to go to the bathroom or leave, you can bring it with you.

It's honestly just common courtesy. Also nobody wants to get a message from you while you're lying naked, covered in someone else's bodily fluids.

Let them know how it was

Unless it was bad, it's nice to say something nice. Otherwise you're both going to be lying there, wondering what the other person was thinking. You don't have to lie, but if you had fun, let them know, or if you had more than fun, it's okay to let them know that, too.

Don't get all freaky and closed off once it's done

So it's the same night or the next morning, and you're getting ready to leave and go to whatever that thing you originally used as an excuse to get out is. This moment is almost as crucial as the sex itself. Again, if you had a shit time, feel free to leave! However, if you enjoyed yourself, feel free to reiterate. If they are leaving yours, don't get all weird, and roll over and avoid eye contact by pretending to be sleepy. They just had their guts all up in you, the least you can do is kiss. That way, if you did have a good time, they will be more likely to hit you up. Encouragement the first time is nearly as important as the act.

If you enjoyed yourself, feel free to send a message once they've gone, but I usually prefer to wait for one from them. Especially because they probably finished more times than you, it's the least they can do. That said, if a day or so passes and you don't hear from them, you can drop a super casual message. Don't start accusing them asking what's up. Maybe, they weren't sure how it went, and they were waiting on a text from you.

Okay, now stop panicking, and get to it.