Long Island native Olivia Rudensky has had a passion for pop culture and the entertainment and music industries since she was eleven years old. With hard work and determination, she helped turn her dreams into reality.

A rising sophomore in the Bandier Program for Music and Entertainment Industries, Rudensky has worked with celebrities including Miley Cyrus, Justin Bieber, and multiple awards shows, radio stations, movie premieres, and more.

The Tab sat down with the rising starlet for an exclusive Q & A.

How did you start attending these major events?

From the time I was really little, I’ve always loved the music and entertainment businesses. I went to concerts all the time when I was younger, and my aunt owns a modeling agency, APM, in NYC so she was able to bring me to movie premieres. I just always knew I loved this whole different world and made it my mission to get to these events on my own, and I have!

Who has been your favorite celebrity you’ve met?

I’ve met a ton of nice celebrities, but I think the most exciting was a few weeks ago in Vegas. I was sitting in a private Justin Bieber rehearsal and he came over to my friend and I and made us laugh. I can tell he’s a great guy.

You also worked for Miley Cyrus. Tell us about your job, how you got to work for her, and your relationship with the star.

When I was around 11 or 12, I was an obsessed Miley fan. I went to all of her concerts, followed her YouTube channel, and saw she made a video that she created a Twitter account. I had no idea what Twitter was at the time, but decided to make one to follow her. I then decided I wanted my Twitter to be the number one source for all things Miley, and have fellow fans come to my account for info. Over the years, she noticed me, and we would talk on a daily basis. She invited me to meet her in LA on the Ellen Show with her then-fiance Liam Hemsworth, and they were both super sweet. After that, we would continue talking all the time; she would ask me for help and I would give her advice.

When I was a junior in high school, she called me and asked me if I wanted to help her out over the summer. We would speak on the phone for a half hour every night talking about her comeback with her single, “We Can’t Stop” and I helped launch a few campaigns for it. I went to LA that summer, stayed with her family, and my Twitter was made her official #1 fan source. I’ve been doing that for years, but as I’m in college and starting new projects.

How has being in Bandier helped you?

Bandier has great connections in both industries, and networking is one of the most important things you could do to be successful in this field. We also get to go to conferences and events like Billboard Touring, SXWX, and make our own connections, as well.

It’s kind of like a virtual resume- I do like posting these kinds of things on my personal account, but it’s easier to have one place with all the events I’ve worked.

Did you ever see yourself pursuing this career path?

Yes – but I didn’t think it would happen at such a young age. It still hasn’t hit me. 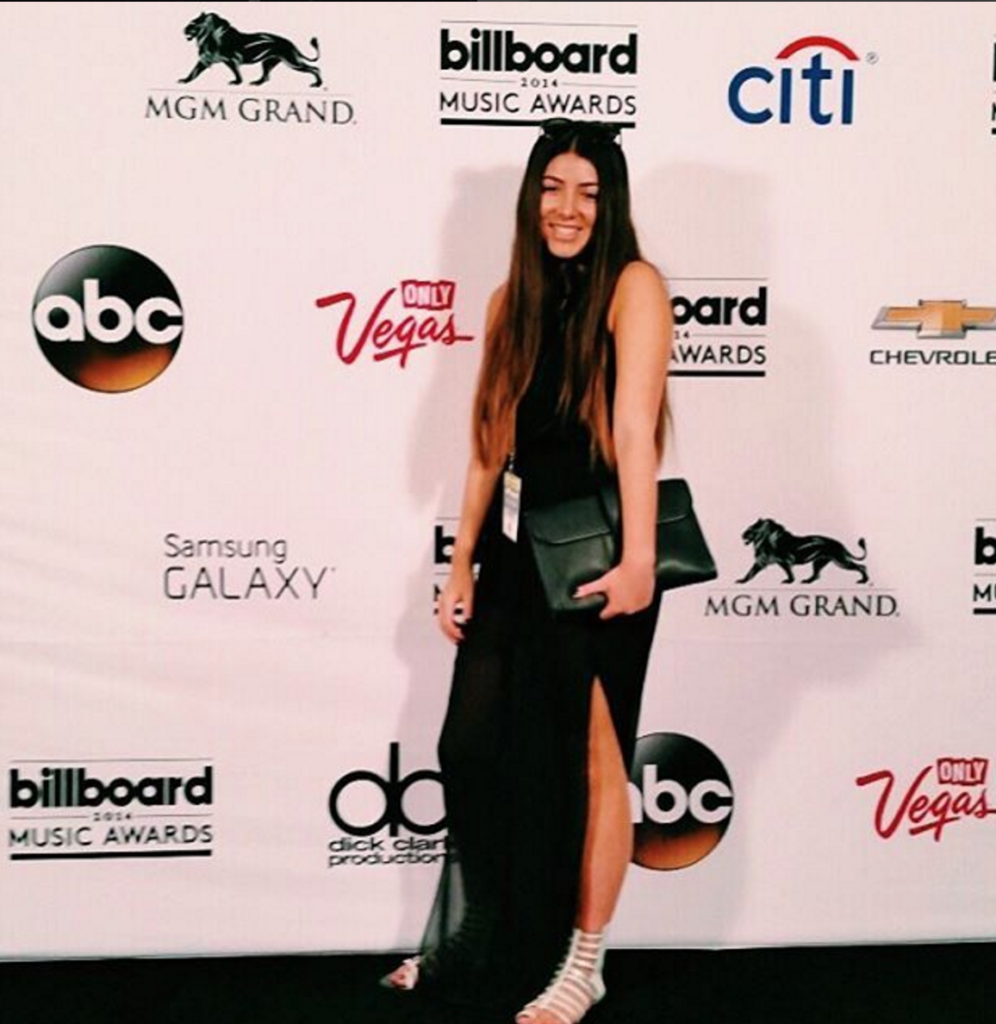