I’m a woman and I don’t find catcalling offensive

Am I the only one?

Every day, in every city, hundreds of women are called out to by groups of men. They’re cheered at or complimented for their “tight ass” or “juicy rack.” Most women find this incredibly offensive, patronising and degrading. But why?

Most of the time catcalling doesn’t make me feel uncomfortable, and I actually find it affirming. If I look as good as I feel, it’s great to hear that somebody, or a group of somebodies, agrees with me. Now, I’m very aware that this depends greatly on the situation. If I’m out on a run or a night out with the girls, and a group of lad-wannabes call out to us that we look hot, I don’t mind it. Why should I? They are not being aggressive or harassing us, they’re just being stupid and trying to impress their mates. They don’t want anything from us, and it’s honestly such a minor encounter that I don’t see why anybody should, or could, feel angry about it. So in these situations the best thing to do is to laugh and move on, and feel a little boosted.

However, I am in no way endorsing the seedier side to catcalling. If the situation is less light hearted, and the men are calling out to you to get your tits out or to come home with them, then this is in no way okay. It’s vile, and I don’t see what they’re expecting from it. They should have seen enough romcoms with their ex-girlfriends to know that we don’t appreciate derogatory comments, but an actual conversation. If they fancy their chances with you, they should know to come up and speak to you properly. 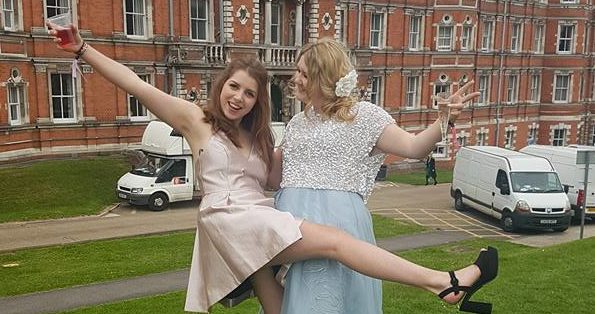 Make no mistake, if a man catcalls me, he’s not coming home with me.

But are they actually expecting anything form this situation? Personally, I think it’s just a spur of the moment thing; they see a girl they think is hot and they tell her that, in no uncertain terms. I mean, it really is great when the girls tell you how cute you look at pres, but there’s something better about receiving a compliment from somebody who has absolutely no idea about the effort you’ve gone to. They’re not appreciating your make up artistry or your dress, they’re appreciating you, in their own, immature way. Yes, they are not being romantic and appreciating your personality, but if you’re on a night out (where, in my experience most of these events happen) you have to be realistic and accept the fact that guys are just drunk and out to pull, and romance is simply not on the cards for anyone. If they’re just telling you that you look hot without trying anything then personally, I think that’s alright.

I’m fully aware that this is contrary to popular opinion, but this doesn’t make me any less of a feminist. This is not to say that I am advocating basing your self-worth on what the (clearly) sexually depraved think of your appearance. Nor do I think it is okay for guys to make a grab for me when I’m out. And obviously, I’m only flattered so long as the things the men are saying are positive. But some verbal affirmation that I look hot as hell isn’t doing any damage, and I don’t see why it should offend me. I do not need my self-confidence to be affirmed by a man, it’s just an added bonus.