You only lash out when you’re afraid 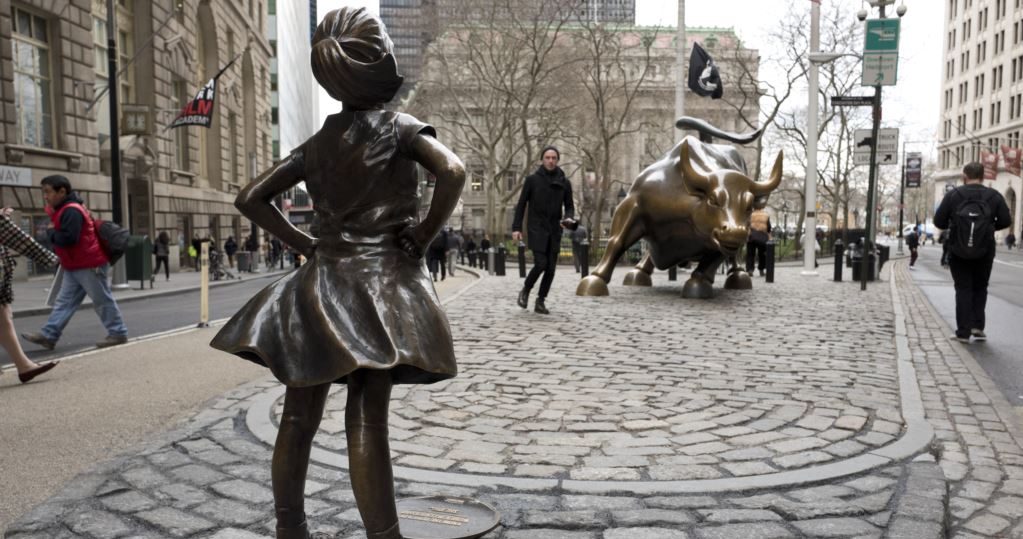 A symbol of female resistance and resilience, according to CNN, “The firm responsible for the girl, McCann, is calling on their clients to increase the number of women on their corporate boards.”

But in the hight of a week centered around women for once (I use centered loosely — it was more like a day), it wasn’t too long before men got nervous that women were gaining ground — don’t worry, we weren’t — and began acting out as a way of re-claiming dominance over what was, sadly, already theirs.

On Thursday night, just a day after International Women’s day, Alexis Kaloyanides posted this photo on Facebook with the caption:

“Almost as if out of central casting, some Wall Street finance broseph appeared and started humping the statue while his gross date rape-y friends laughed and cheered him on.

“He pretended to have sex with the image of a little girl. Douchebags like this are why we need feminism.” 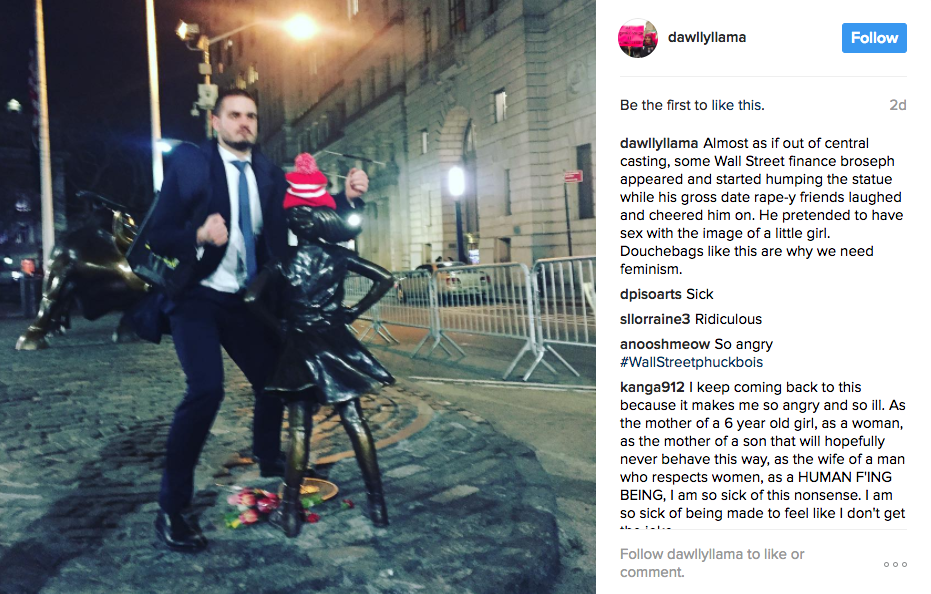 It’s no surprise men couldn’t handle her on their street for more than twenty four hours, but it does go to show just how insecure they really are in their positions.

You only lash out at something when you are afraid of it, and this guy looks terrified to me.