Your weekly horoscopes are here, and success is on the horizon

This week will see Mars in Capricorn sextile Jupiter in Scorpio, both at 20°. This is a great sign for both big decisions you've been stressing about and little-but-daunting projects you've been staring right in the eye.

With increased courage and confidence, there's no better time for success in love and work: 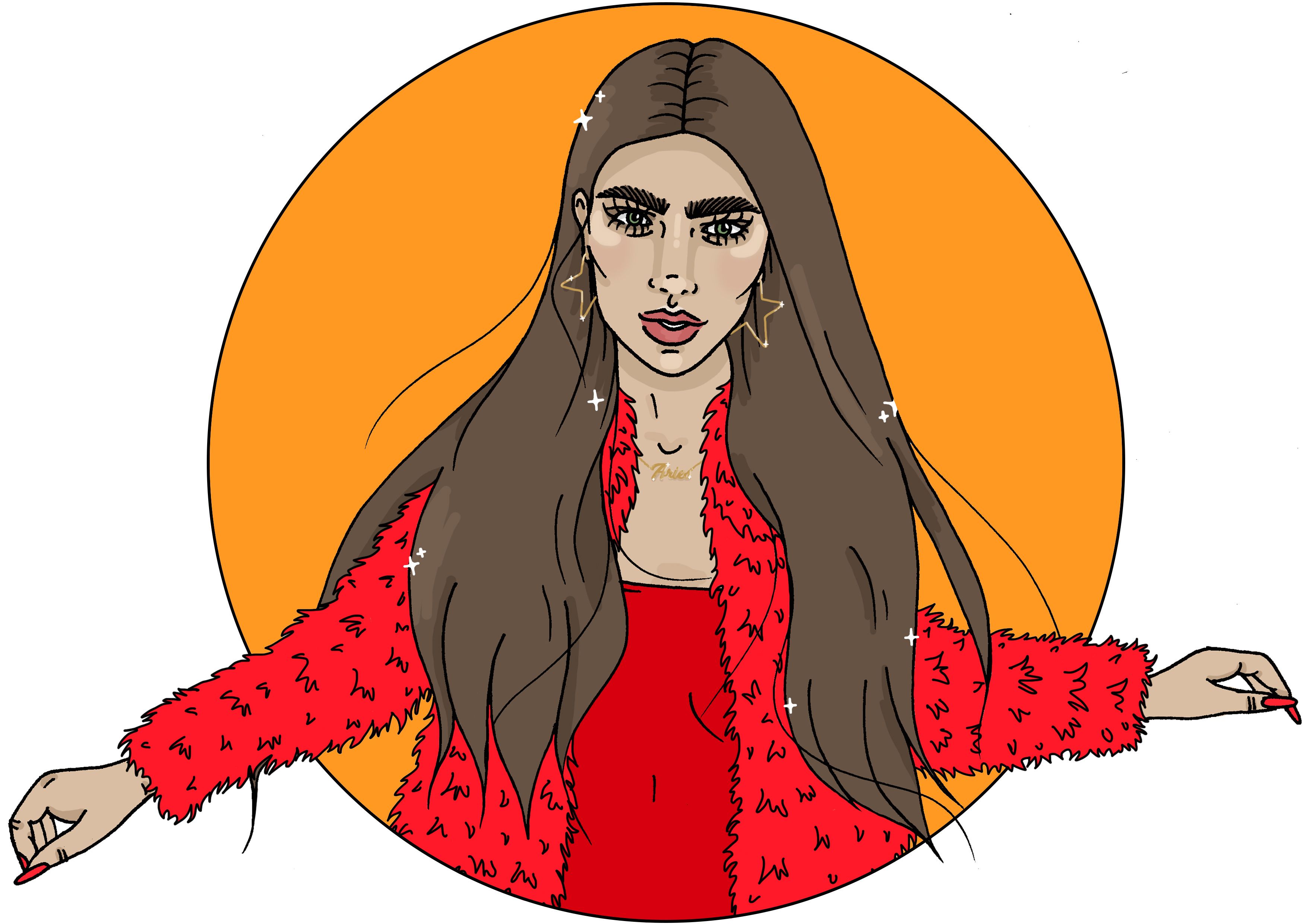 Mars sextile Jupiter gives us strength and courage. So as you begin your week, you are the person who gets shit done. You take other people's suggestions into consideration but you don't bend backwards to make them a reality. Instead, you forge your own path, guided by what you know people need versus what other people think they need. A leader in almost every aspect from now until Friday, you might want to take a leadership role in the bedroom, too. Everyone likes to be bossed around a bit. 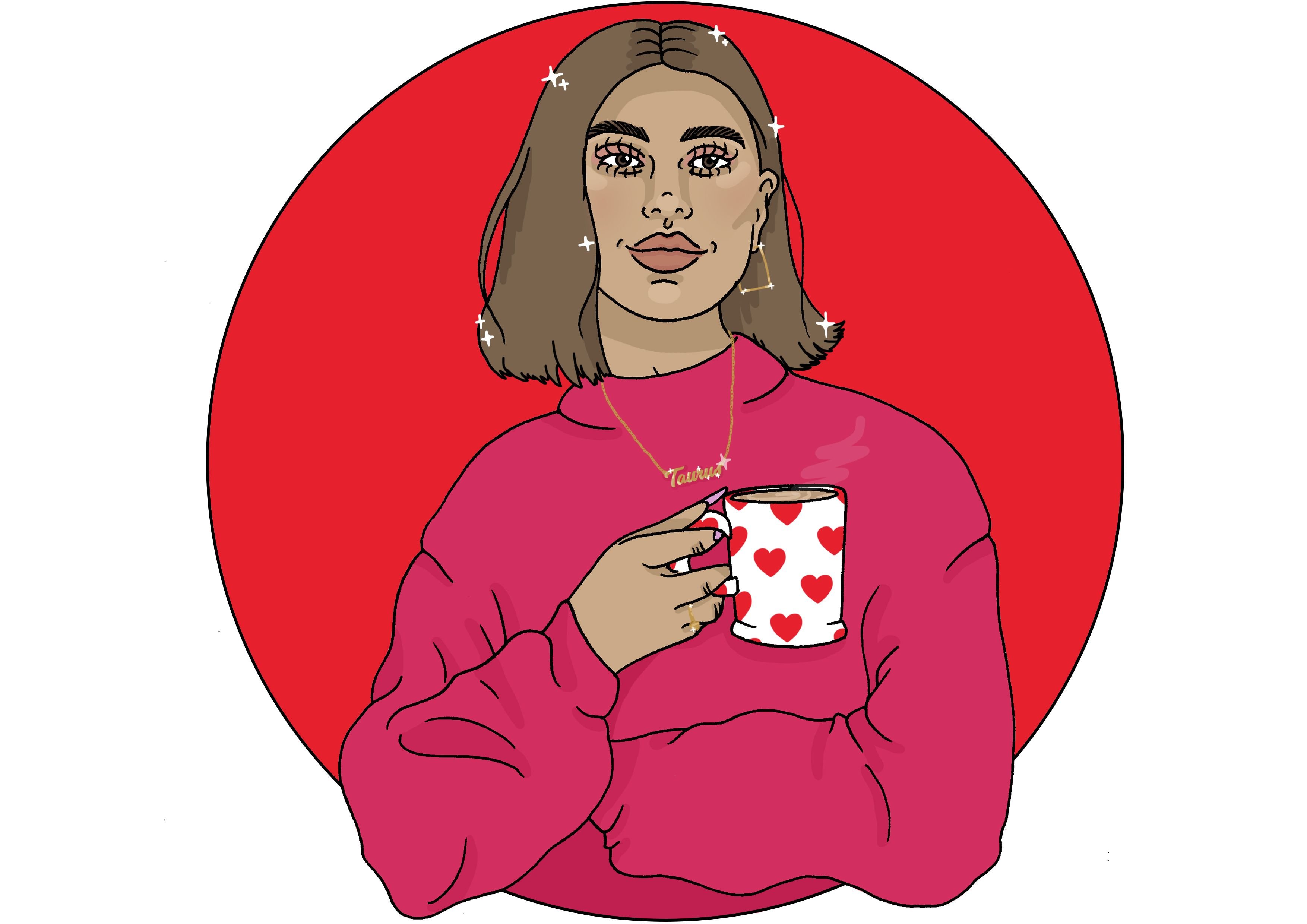 Breathe in because this week, you're going to be taking on some of your most ambitious projects ever — but that's only because the universe knows you're prepared. Mars sextile Jupiter is an encouraging aspect for ambitious projects, providing you with the energy, stamina and creativity you need to get it all done without burning out. You'll be tired by the end of the day but you might even have some leftover energy to go out. If there's someone you want to see, schedule a date with them now. You may be more talkative than ever, but you're also abiding by a strict schedule. G-Cal is your best friend. 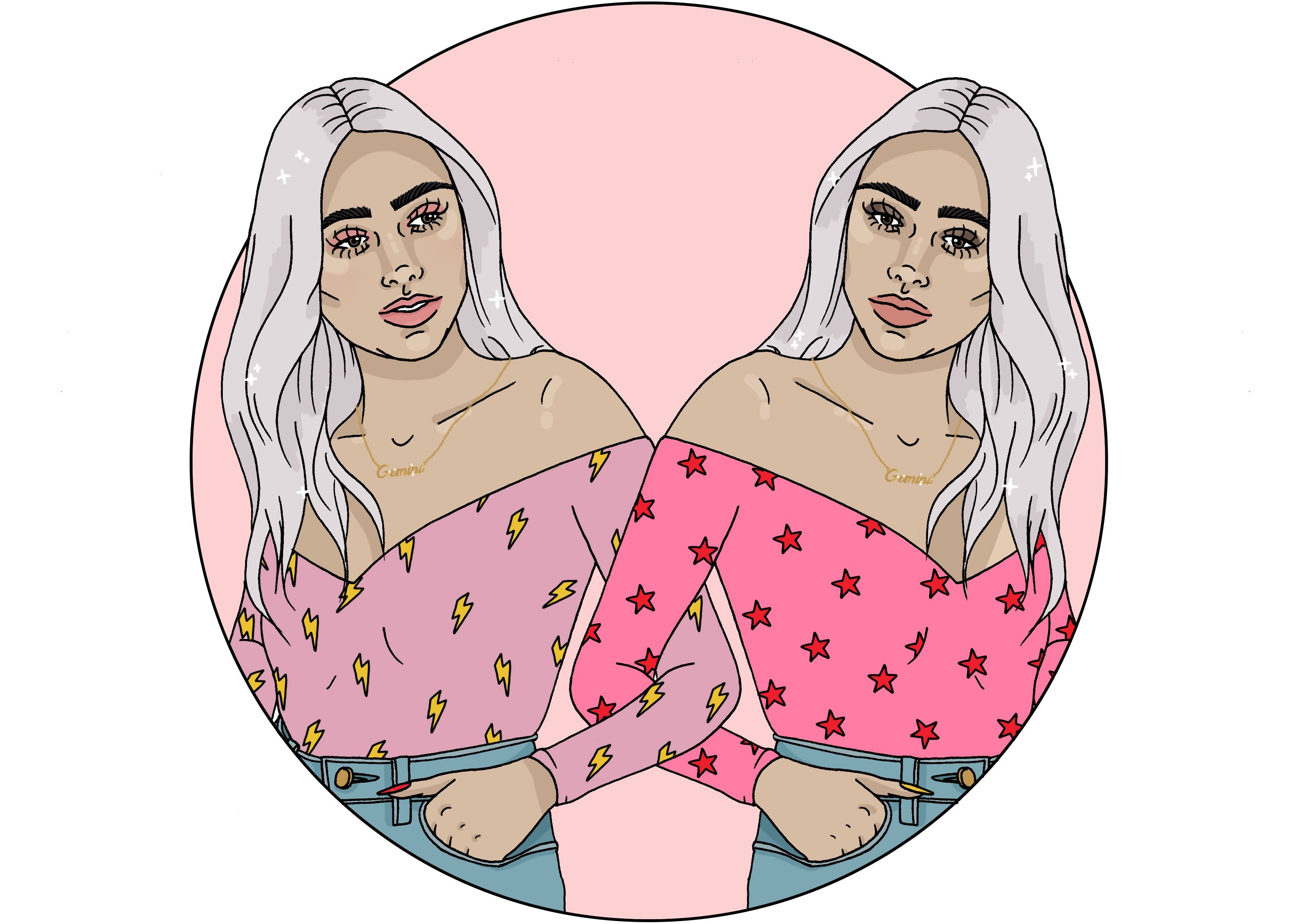 Mars sextile Jupiter will bring honesty and generosity into your life this week, but I swear it's less boring than it sounds — and this is a good thing for your reputation. You'll have the same guidance qualities you usually would, but they won't make you headstrong. Because of this, people will come to you when they're down and share things they usually wouldn't. What you want to do with that power is your choice. (But with Saturn in karmic retrograde, I'd choose wisely). Tomorrow, Venus moves into Gemini, bringing an unusual amount of love into your life. 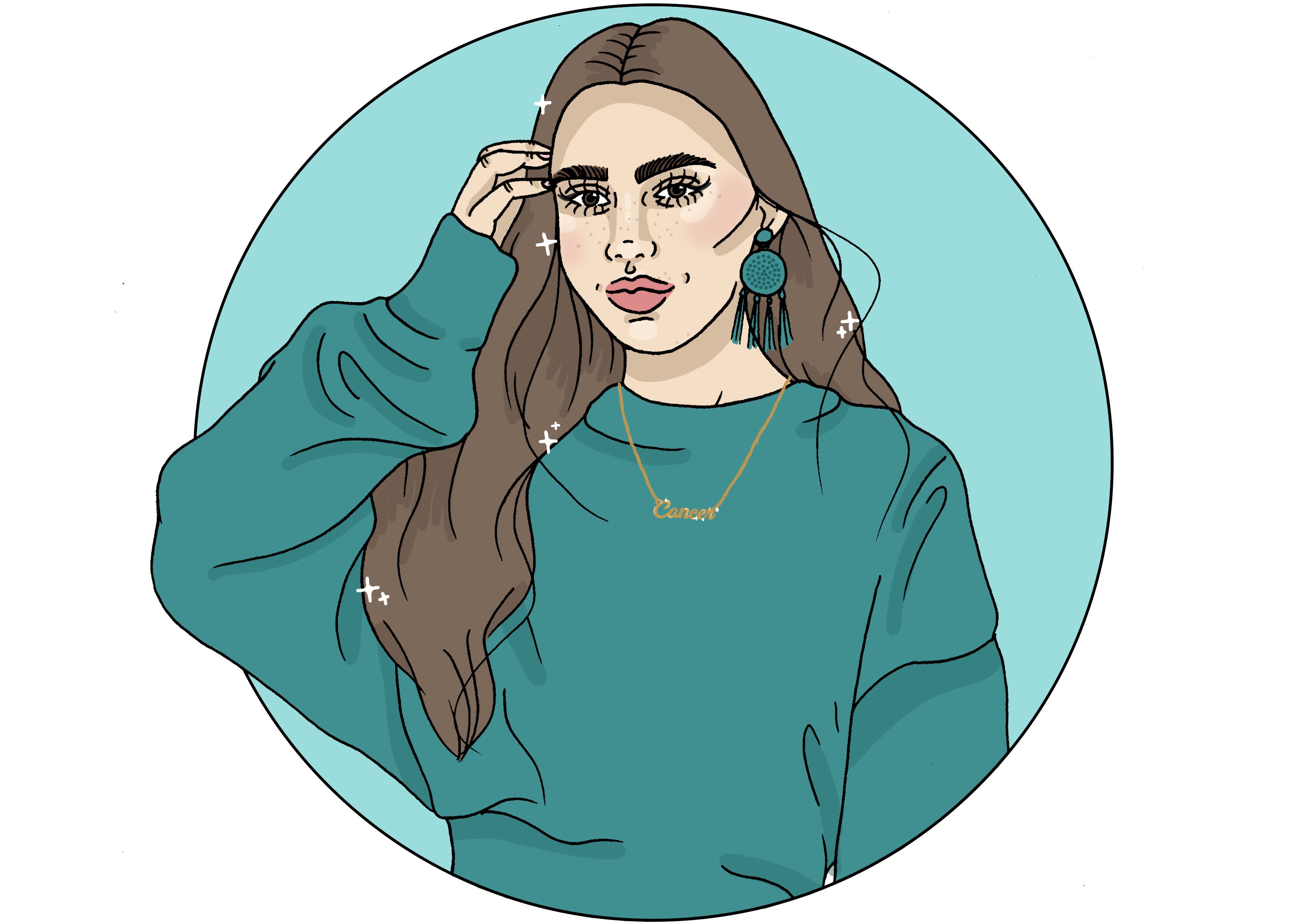 This is going to be a "warrior" week for you. A nervous crustacean, you spend a lot of your time peeking out from under your shell, waiting for other people to make the ambitious choices for you. But with a brain like yours and an emotional range to tip the scales, there's nothing you shouldn't be doing for yourself — including calling the shots. If you want them to go out with you, you have to tell them to go out with you. If you want to be taken seriously, you have to do something worthy of being taken seriously. Go forth and command, lil crab. Mars sextile Jupiter has stripped you of your shell. 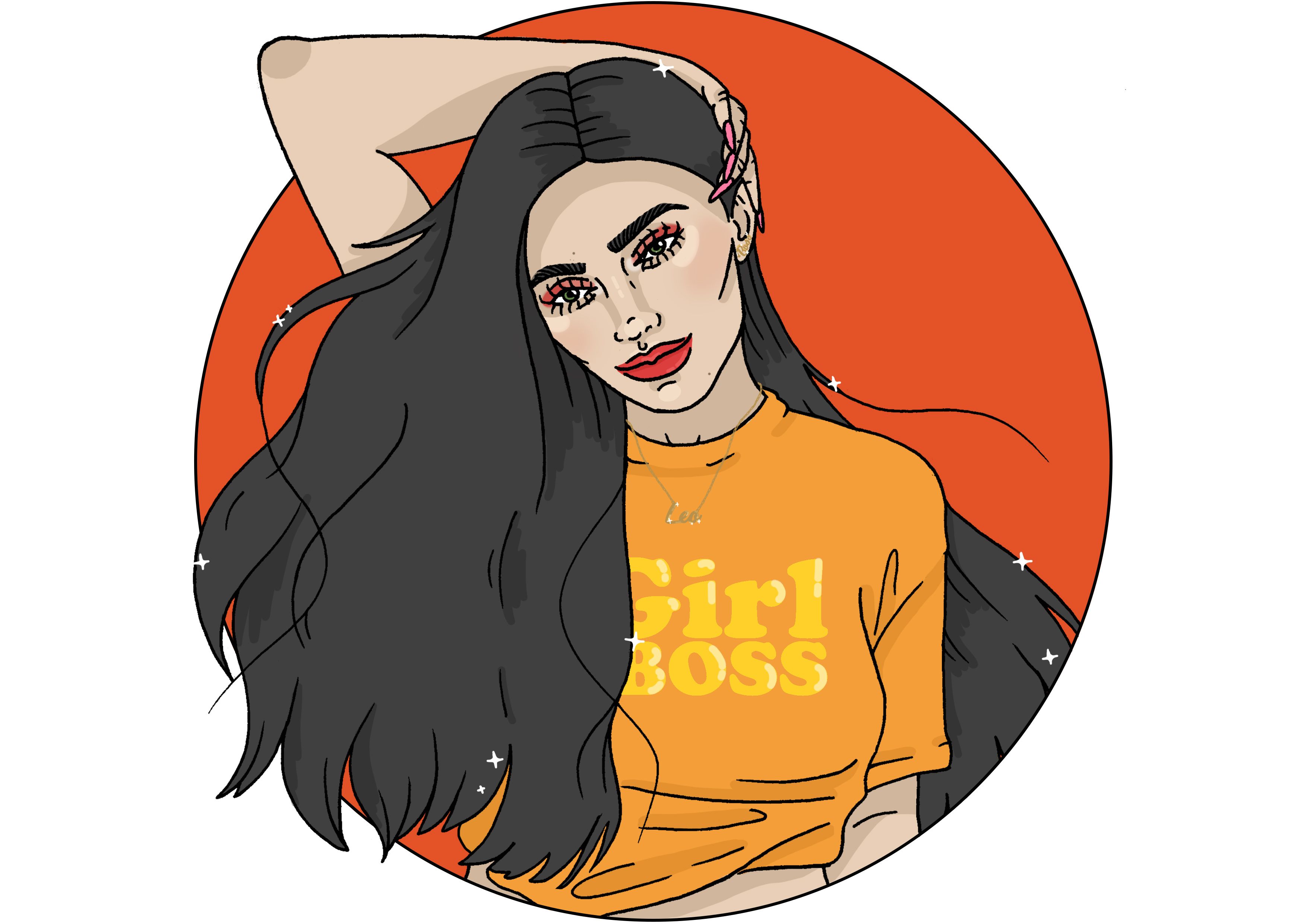 There's a better chance for success right now than ever before! Mars sextile Jupiter is a time when you're finally focused enough to know what it is you want and you also have the energy and confidence to make it a reality. Plus, people will be taking you more seriously — they might even fear you. You already know what it is you want, I don't have to tell you. Just stay focused this week and it's yours. The only thing that could strip this success away from you is yourself. My little control freak! This is going to be, like, your best week ever. Mars sextile Jupiter is where micro-managers like you thrive, because it's all about commanding a room and getting precisely what you want. Since you're already trying to do that normally — though not always succeeding — you'll have a better shot at winning over some of the other signs who have had less practice. My advice for you is dress to be taken seriously. The only thing worse than losing control to someone else is losing it because people aren't taking you seriously. 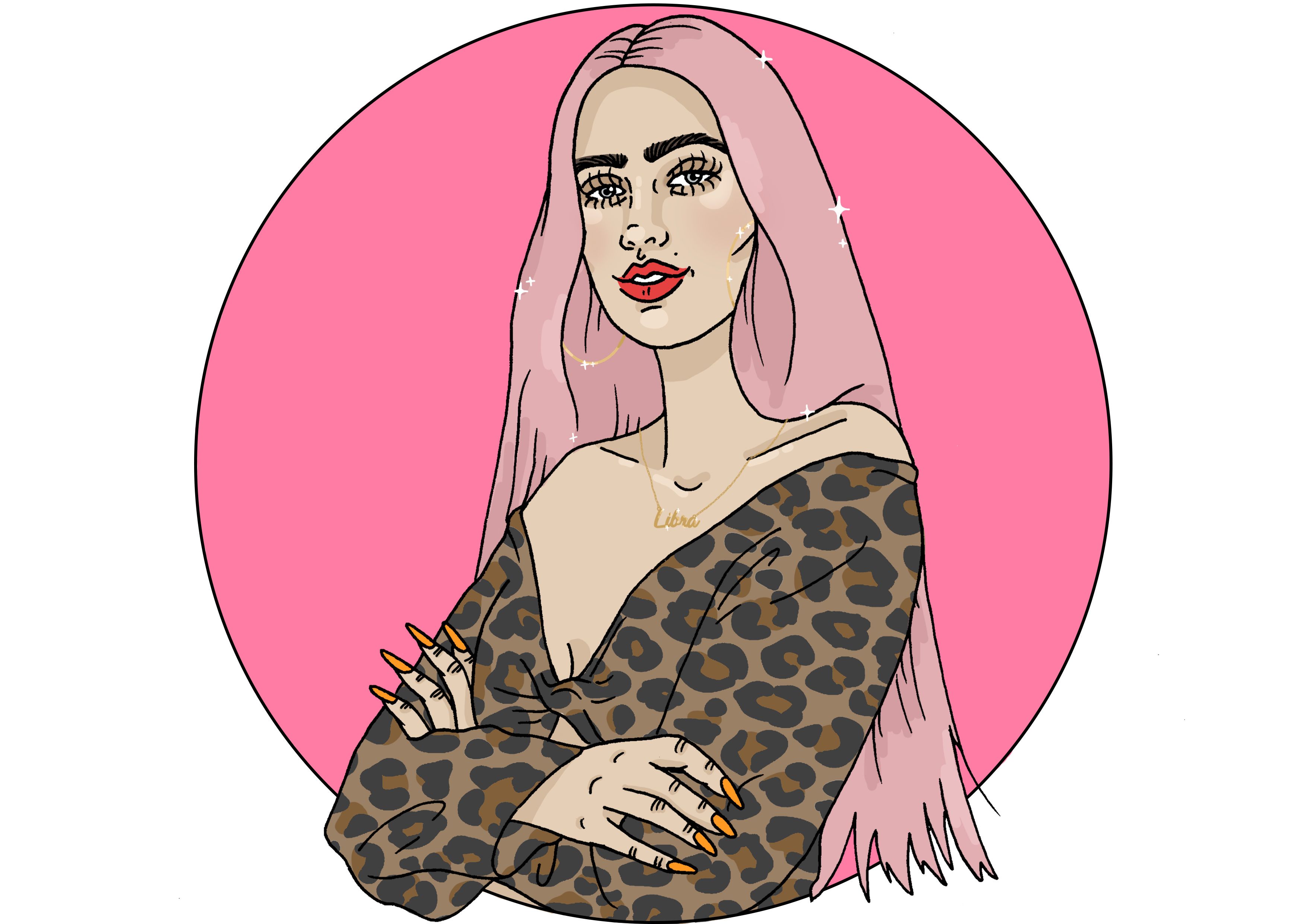 It's a good freaking week to be a Libra! You'll be enjoying increased popularity from now through the weekend. And if you make the right moves, looong after that. If there's someone in your private or professional life you want to impress, start making a plan today for how to do it. Mars sextile Jupiter will offer you the confidence you need. And whether you agree or not, there is literally nothing sexier than confidence. It's less about how you dress and how you look, and more about who fears you. 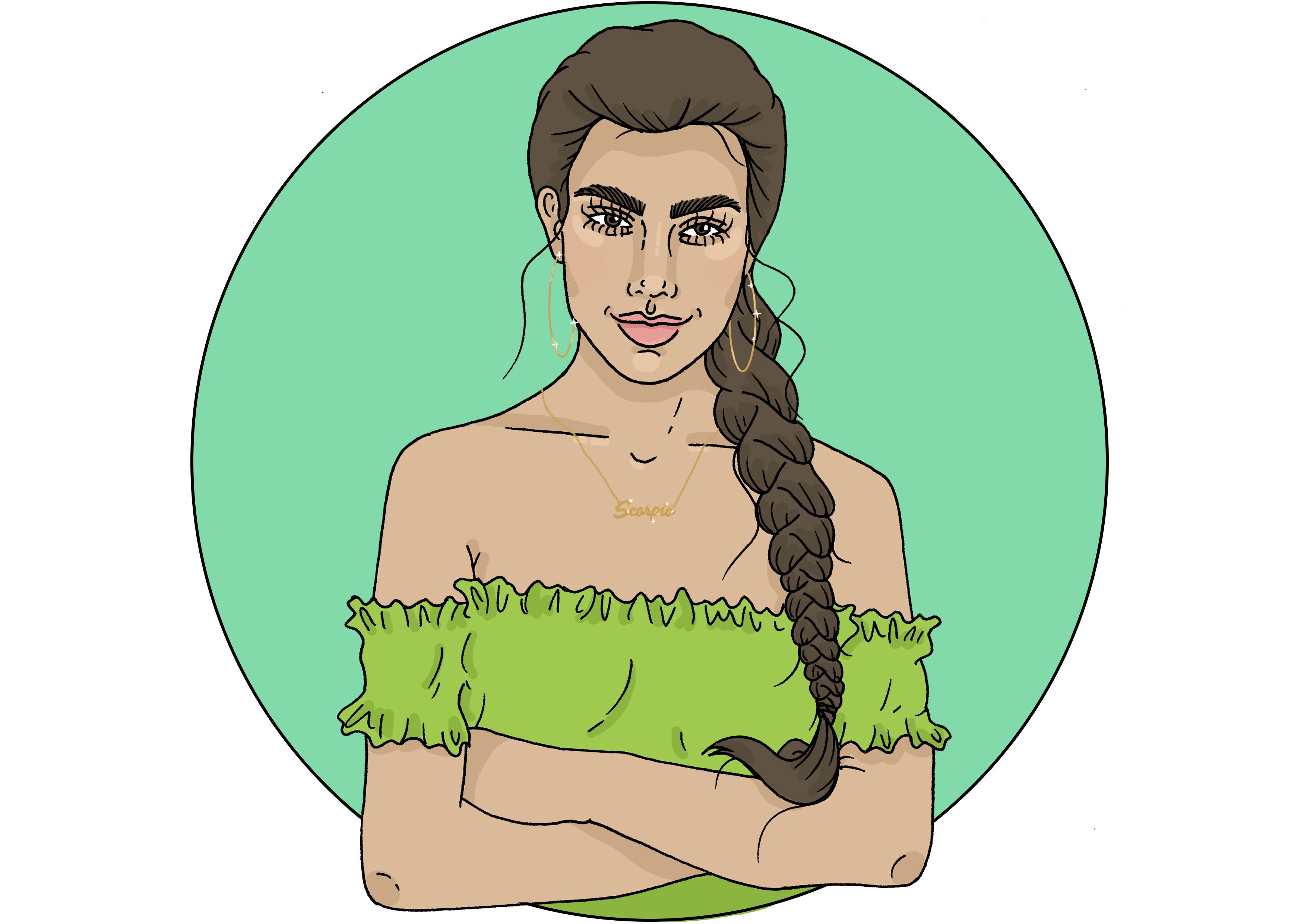 You may be oozing sex appeal this week, but that doesn't mean you don't have go after the people you like. Just being there and being hot isn't enough. Guys are idiots, in case you haven't noticed! They won't know you're interested in them unless you literally tell them (or tell someone else to tell them). Mars sextile Jupiter will combine those sexual desires with confidence, encouraging you to speak up and say what (or who) you want for once. 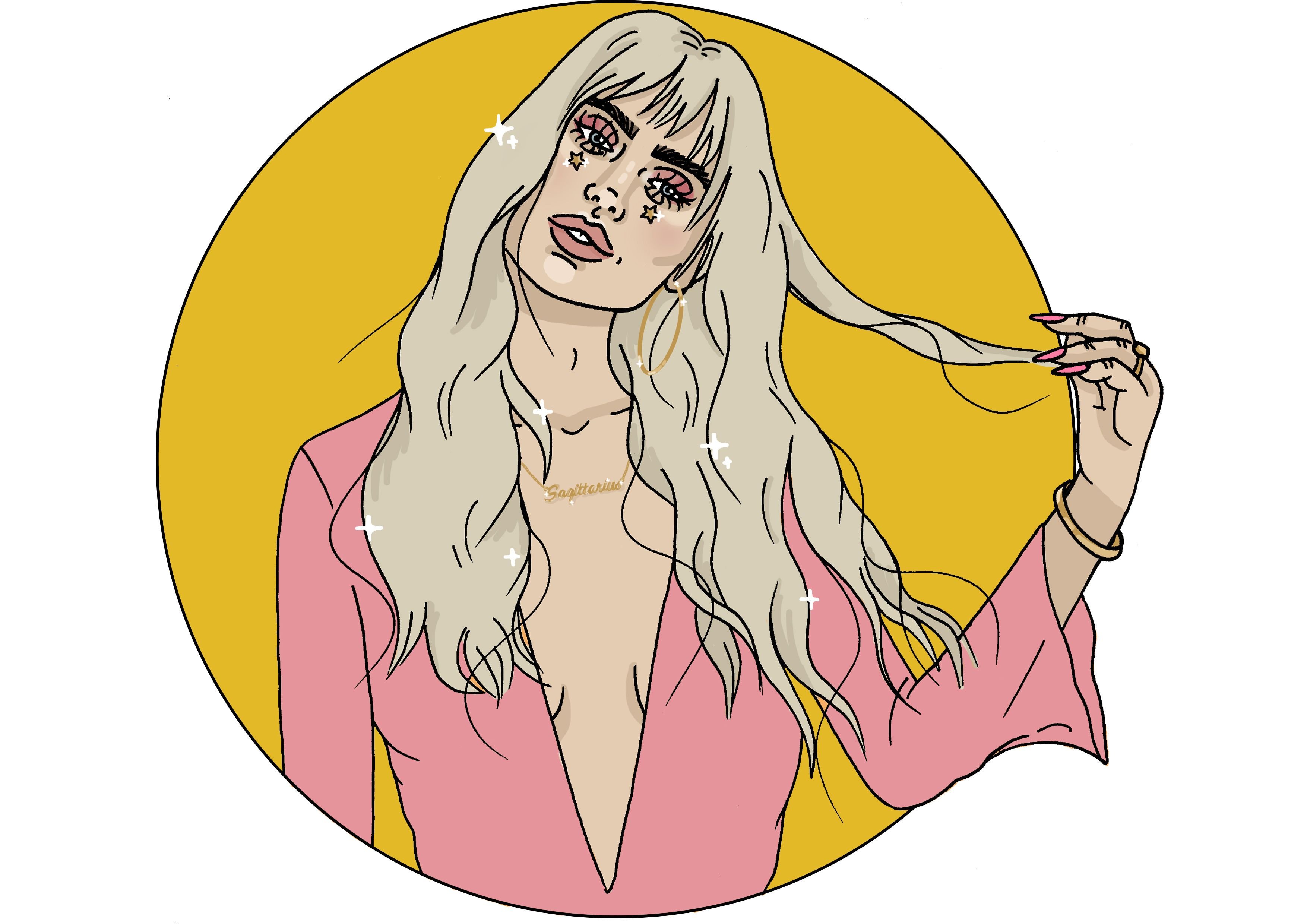 Exhausted from all the movement? Mars sextile Jupiter is your friend this week, bringing energy and endurance back into your life. If there are things you've been ignoring or pushing to the side in the past week, there's only so long you can blame it on this exhaustion. Use this week to catalyze a change in your approach towards both your personal and professional life. Every little change you make will feel like 100 pounds off your shoulders. You don't need to quit your day job and move to a new place to discover peace. You could chase it forever before realizing it only exists within you. 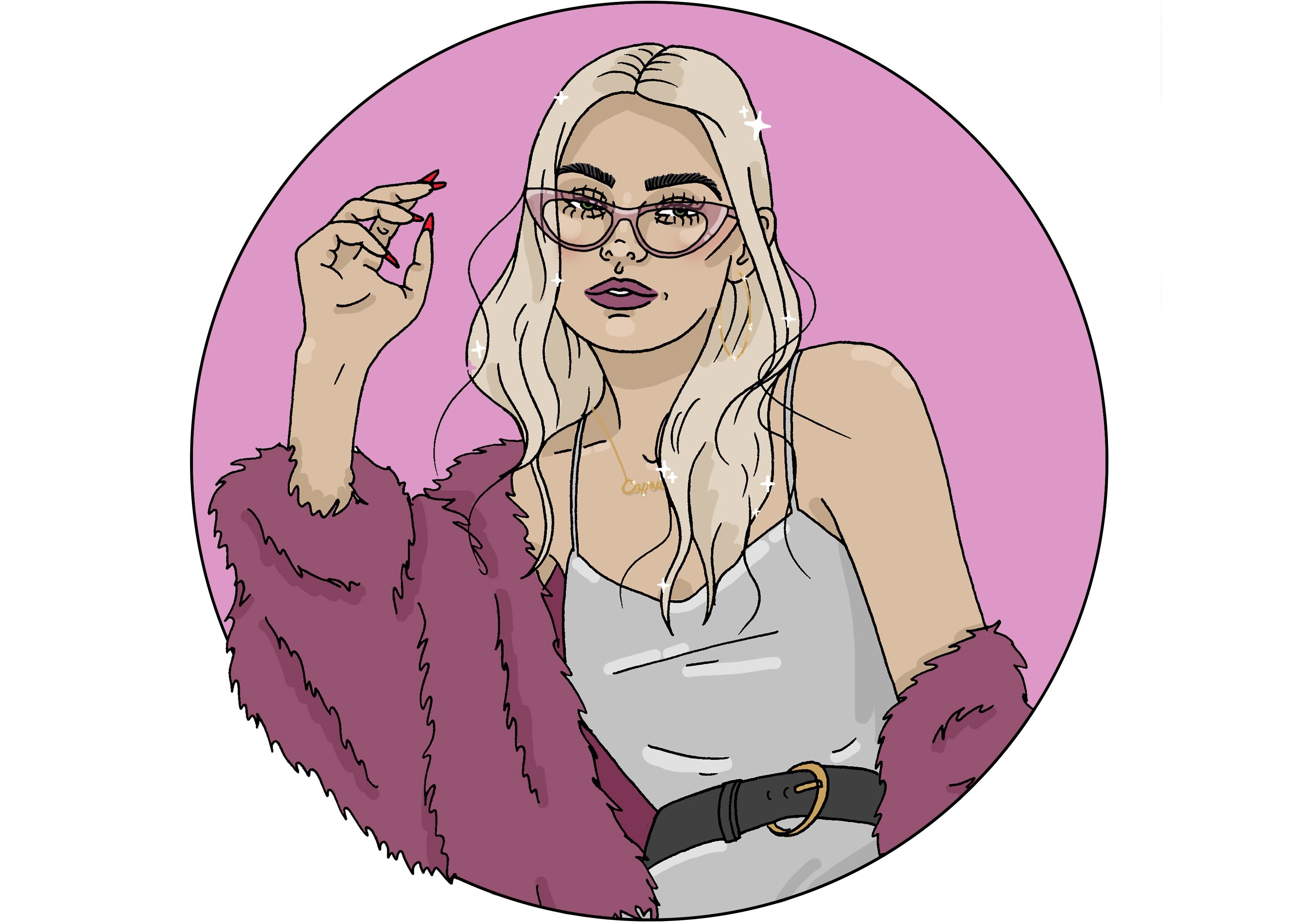 Mars sextile Jupiter will ask a lot of you this week, encouraging you to walk taller, dress better, and speak louder than you usually would. No matter how much you'd rather curl and up and ignore the world, you'll have no choice but to face it head on in the coming days. But it isn't all bad. Tomorrow Venus moves into Gemini, showing affection through communication. A text, a sweet compliment or an overheard confession could have you swooning this week. Just don't wait too long to let them know you feel the same way. There's nothing more comforting to humans than reassurance. 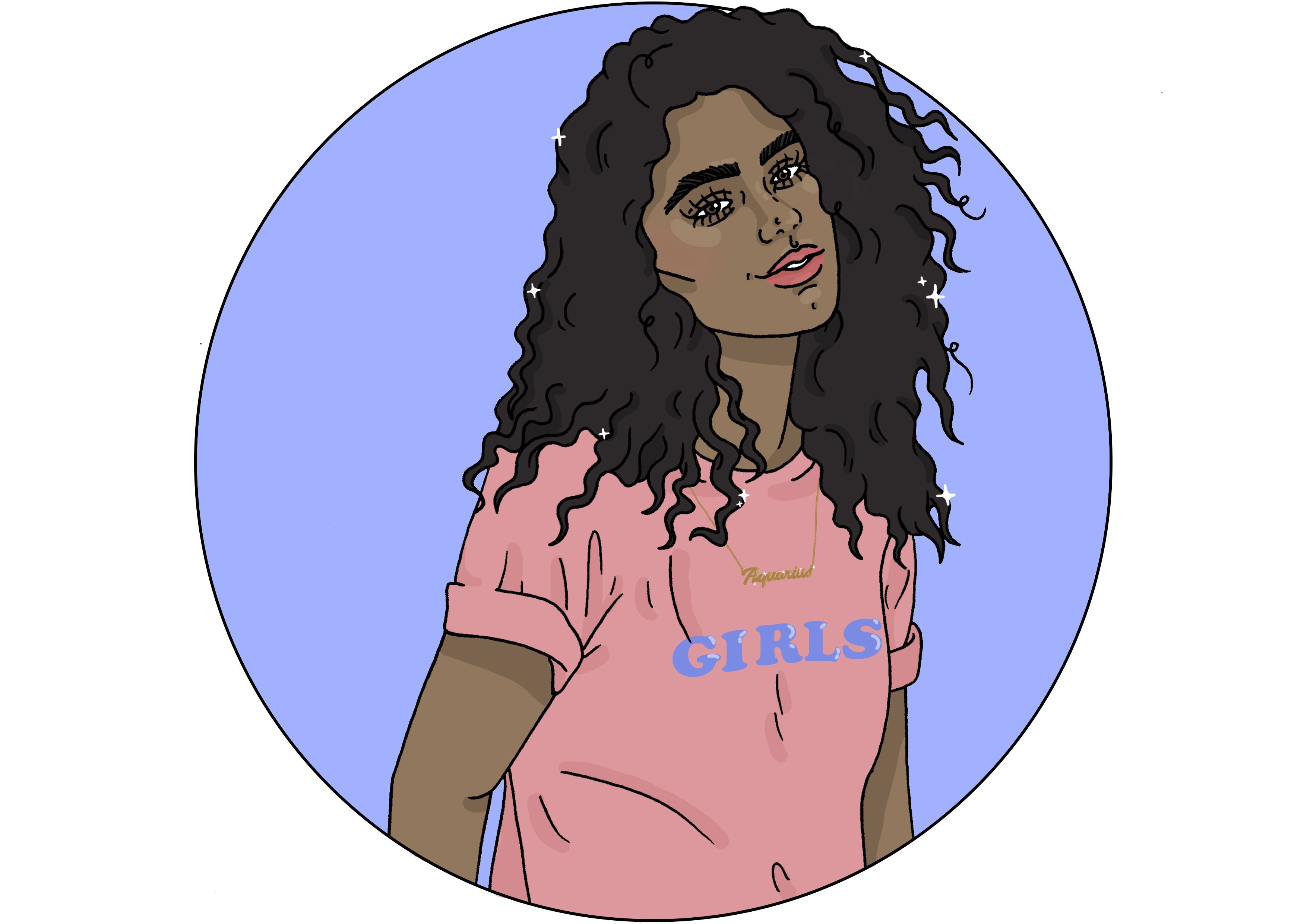 The present astral configuration indicates a transition in your love life, but it doesn't clarify precisely what kind of transition — you're the only one who has total control over that. You're at a fork in the road and there's no way to turn back time, so you're going to have to choose a direction and carry on no matter the outcome. Because you're particularly bad at making decisions, you may want to turn to a close friend to talk things through before making a call. If you're smart about it, you'll come out of this way happier than you were before. 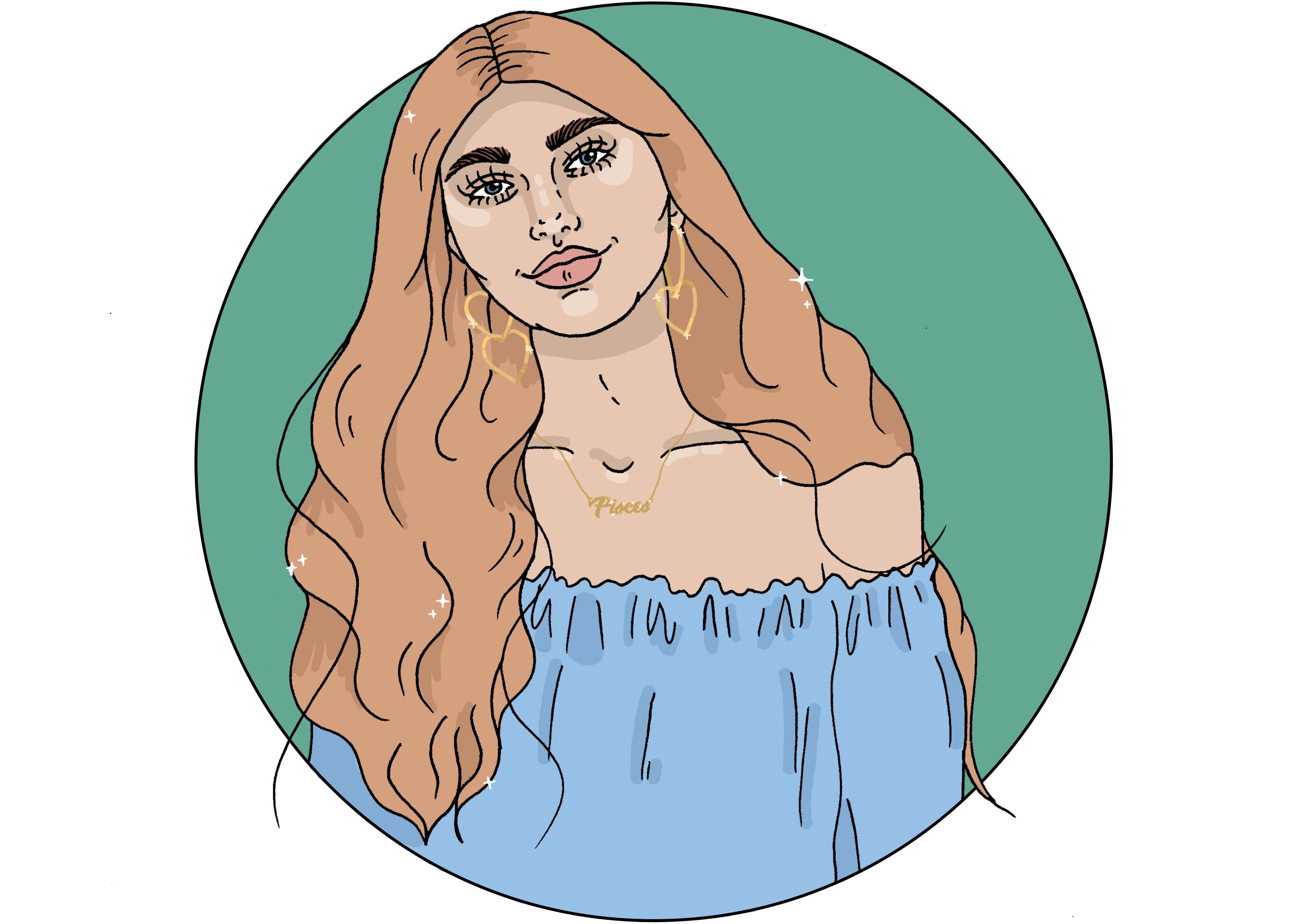 You are going to have to choose to win your own self-respect this week. It's lovely when things just come to you, but it doesn't feel as good — and it makes it a lot harder to be proud. Mars sextile Jupiter is a good time for you to really chase the things you want. Good things never come to those who wait, but they do come to those who run. Don't worry about leaving a person or a place behind. There's only so long you can let people or possessions weigh you down before you realize you're letting time slip away from you! You're meant to do more than this, but you'll never know that if you don't try.

See you next week.

Whenever there’s a shift in the planets, it always means you can expect some big changes. The planet entering effects every sign and, depending on which planet it is, it can either mean positive change or months of total shit. Lucky for us, Jupiter is our reigning queen: this planet brings good luck, a sense…