Why can’t a famous woman go bare-faced without people freaking out? 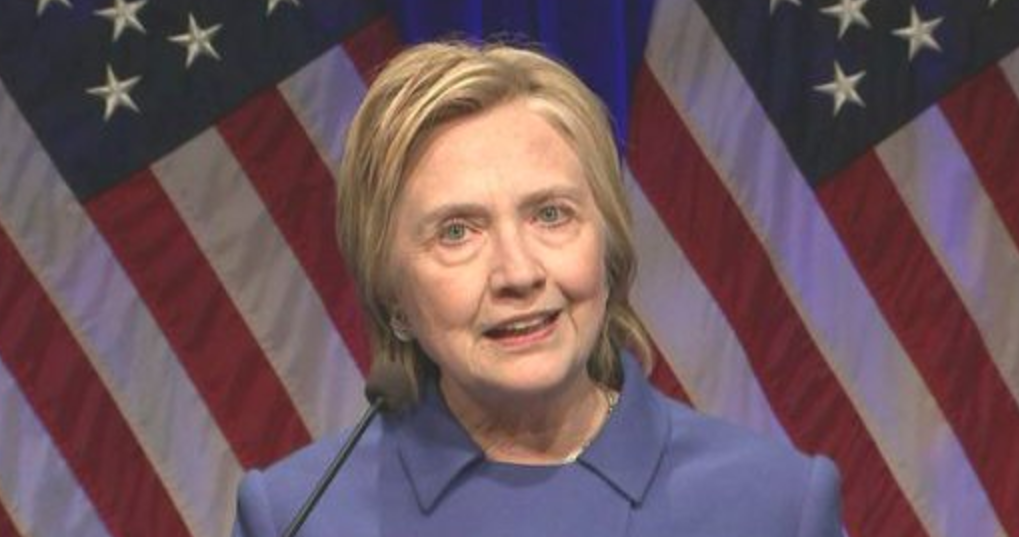 Hillary Clinton made her first public appearance since last week’s concession speech yesterday at an event for the Children’s Defense Fund in DC. And she did it while rocking a mostly bare face.

Her speech at the event eloquently explored her obvious disappointment at the election results, while remaining optimistic about the state of the country, stating that there’s still “common ground to build upon.”

However, none of this seemed to matter to the internet. They were too busy being sidetracked by Hillary’s lack of makeup.

Rather than listening to her words, the popular response was something we’re all too familiar with when we go bare faced.

Tweeters claim she looks “sick” and she appears “tired” —  basically the same old stamina card that was continually trotted out by Trump supporters during the election.

Why is it that everyone gives a fuck when we don’t spend at least half an hour in front of a mirror in the morning? All of a sudden we’re tired because we didn’t bother to brush on some mascara? Doesn’t anyone realize that the point of makeup is literally to make us not look tired? So obviously we look tired without it — especially if we’ve just spent the past year running for president.

Why do we end up feeling uncomfortable just because we wanted an extra half an hour in bed?

It’s either this, or we’re revolutionary. “Well done for having the balls for facing the world without foundation”, they say, “I can’t believe you have the confidence to leave the house with no make-up.” It’s not a big deal, it’s literally just how we look.

To be fair, a lot of people expressed happiness with Clinton’s more minimal look. But that’s still not the point.

Inspired by this video of a virtually makeup-free Clinton on the virtues of picking yourself up https://t.co/LFOxXYmU1r

When Alicia Keys showed up to the VMAs without make-up earlier this year, it was yet another instance of everyone losing their shit. She was applauded for it, great, but she later said she wasn’t trying to make a statement “for” or “against” makeup. She, like Hillary, is just trying to live her life.

Every time a public figure goes makeup-free, the internet blows up and people are in shock. It’s sad and bizarre to think that people care so much about what a famous person does or does not wear on their face — especially when it seems to overshadow what they have to say.

And what about normal girls? We’re increasingly self-conscious about wearing no makeup when this shit happens, but we shouldn’t be. We don’t need you to criticize or applaud us, just let us be.

At the end of the day, Hillary clearly dgaf and neither do we.