Look me in the eye and try to tell me exactly what the hell Gigi Hadid is doing in this new video….

Did she even look at the contract? 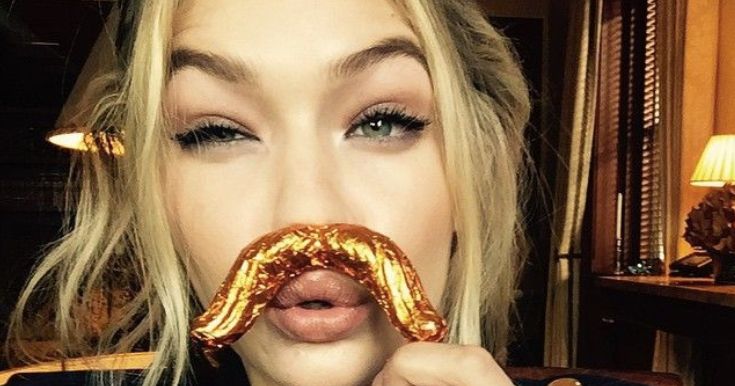 If you thought Gigi getting backlash for wearing dreads on the runway or repping a purple afro for a Vogue cover was enough evidence to prove that modeling culture is fucked, then please watch your girl in this Valentino ad for selling, well, I'm not even sure. And I was an advertising major.

I get it. Fashion is an art form. But when I found Gigi Hadid rocking these red drapes and tribal face painting, I'm curious to know if her decision to do this was a subliminal clapback for getting booted out of China.

I’m so fucking dead what the fuck is this ?? pic.twitter.com/mj8la9qj9M

The whole "warrior" dance is is poorly executed, regardless of potentially offending someone and that entire warrior princess fighter shit storyline is tired. We should've left it the fuck alone after Mulan, to be honest.

love this photo! have you ever though about that the make up looks a tiny bit like the one from Tiger Lily in the movie "Pan"?

I don't know who's spearheading Valentino's ad campaigns, nor who's on Gigi's PR team, but it looks like they all seem to believe in the notion that any press is good press no matter who you might piss off or how dumb you might look (and you do look dumb).

Also, if you ever forget all of the ways in which Ms. Hadid could've caught these hands, there's literally an entire Twitter account dedicated to "exposing Gigi's ass." You can all say I'm reaching with this one, but the girl (and this account) is pretty good at tracking of all her culturally appropriating activities. The proof's all over this thread:

1) Let's start with the @marcjacobs fashion show when Gigi and Kendall, "supermodels of our generation" worn dreadlocks pic.twitter.com/l9GPLBu1jG

2) We'll know that Afros hair is gorgeous… on Afros woman! Vogue Italy could have chosen a wonderful black woman, but money is way better! pic.twitter.com/am8fzSZhcw

4) When she made her impression of Melania Trump at the @vmas, it was racist and done without class, while her own parents are immigrants! pic.twitter.com/3oG4Tes8pp

I personally don't have this kind of time to dedicate pages to Gigi's messiness, but the fact that this person's racked up 800 twitter followers since August says a lot on blondie's misgivings.