We ranked the greatest pairs of twins in history, and then we ranked them by individual hotness 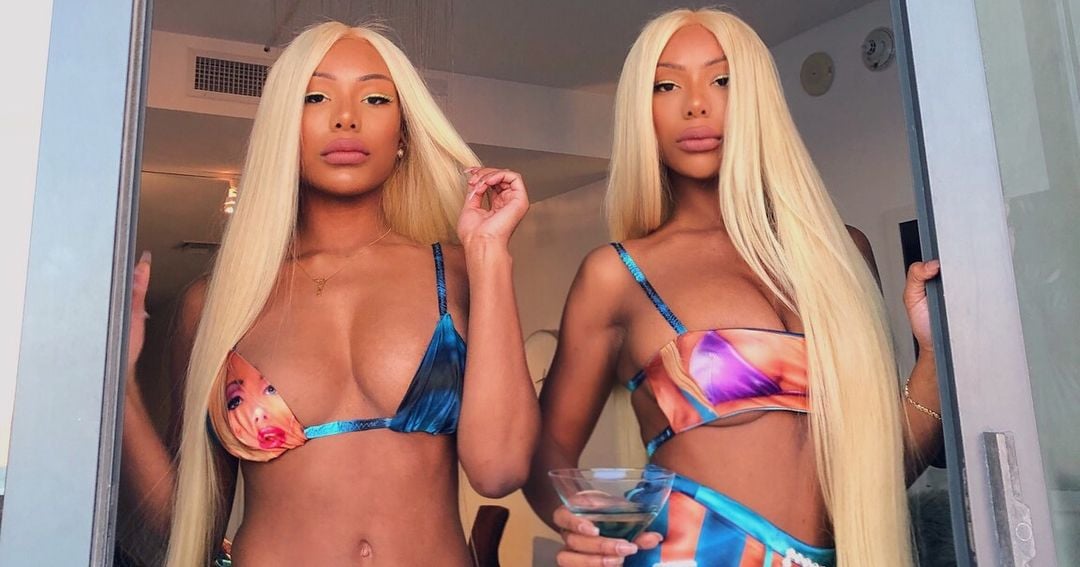 Twins are pretty fucking hot right now, and everyone wants in on the action. But the sad truth is that you're either a twin or you aren't one — there's simply no in-between!

So without further ado, here's a power ranking of every pair of famous twins — both compared to other sets of twins and each other. 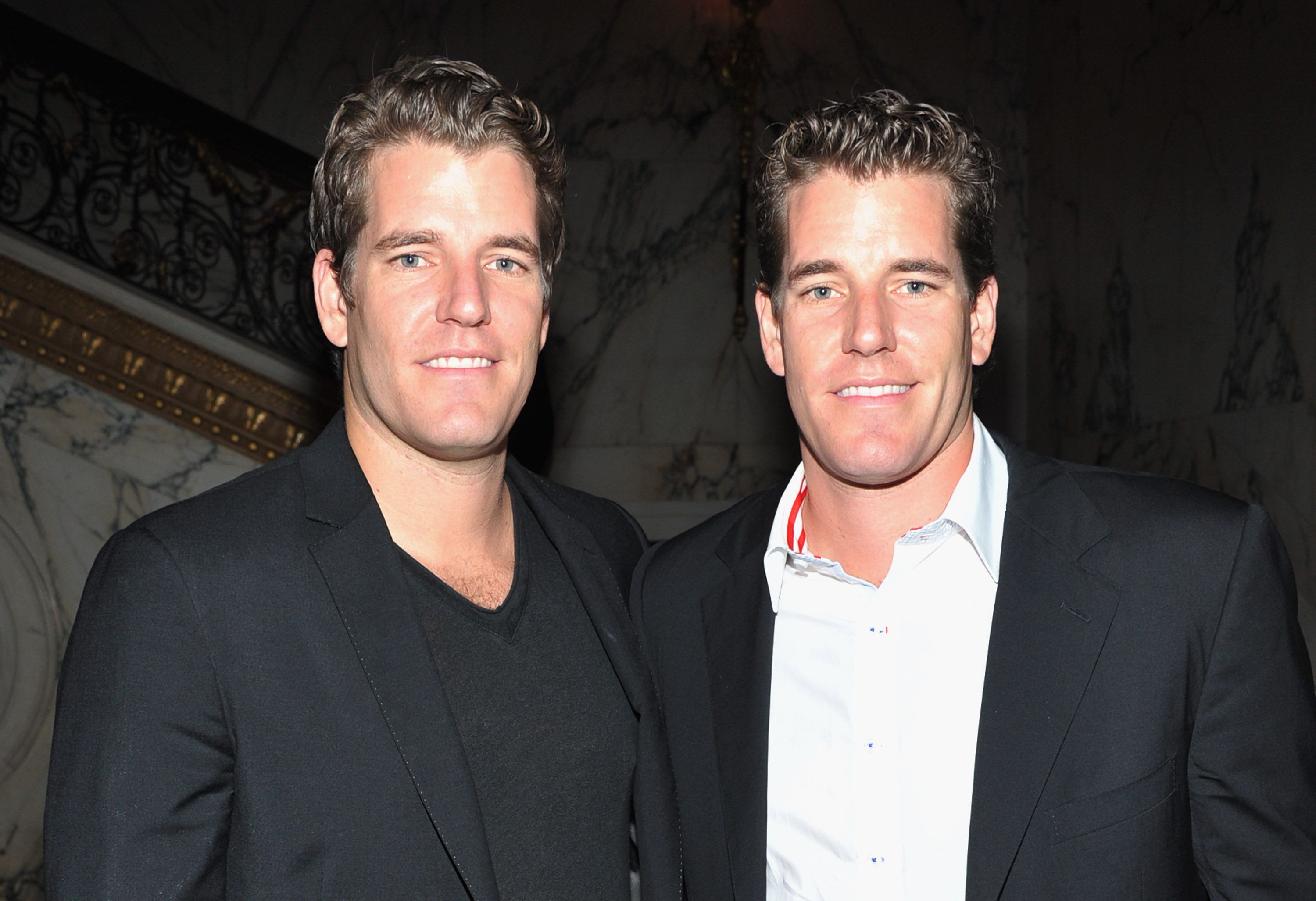 Tyler and Cameron Winklevoss. Or is it… Cameron and Tyler?

Alpha Twin: Tyler, because his black t-shirt tells me that he's not afraid to cut loose every once and awhile.

The Winklevoss twins are physically formidable, and they have a more impressive resumé than almost anybody on this list. But not only did they fail to stop Mark Zuckerberg when he was still in his larval stage, they are not actually both Armie Hammer. And that's a dealbreaker.

time to cry you're next

Alpha Twin: Good Gemini qualities, like intellectual curiosity and conversational skills and not the bad ones like flakiness and duplicity

Don't get me wrong — many of my closest friends are Gemini suns. But doesn't that say more bad things about me than it does good things about any given Gemini? 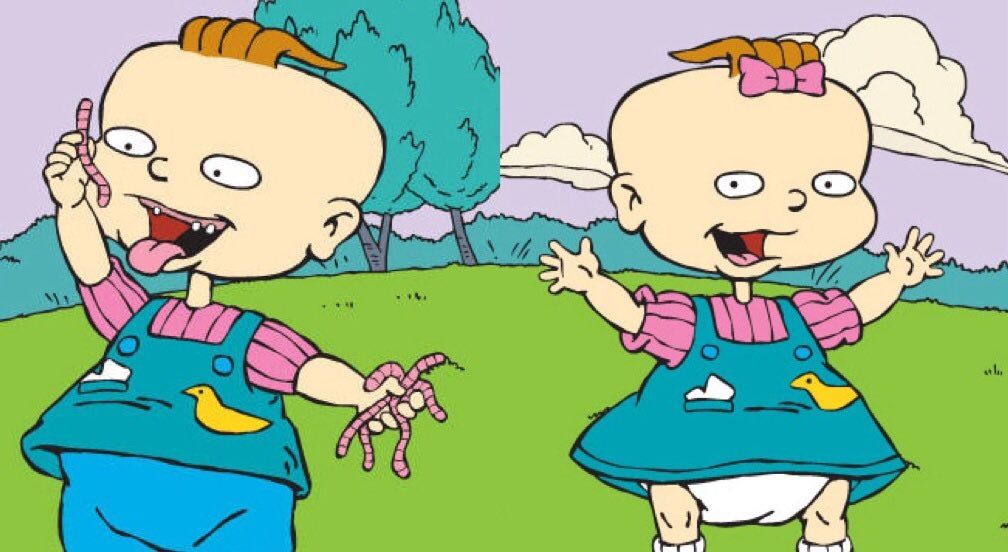 Wow, who let these cartoon kids play unsupervised in an open field?

Claim to fame: Rugrats, Rugrats: All Grown Up

Alpha Twin: Lil. Phil is weak, I can sense it.

I didn't watch that much of Rugrats growing up (I skewed more Cartoon Network than Nickelodeon) but from what I saw, these twins were okay. They weren't protagonist material even though they were generally down to ride — but sadly, they failed to add drama to the show, which really hurt them in this ranking. Sorry!

10. Vin Diesel and his brother Paul 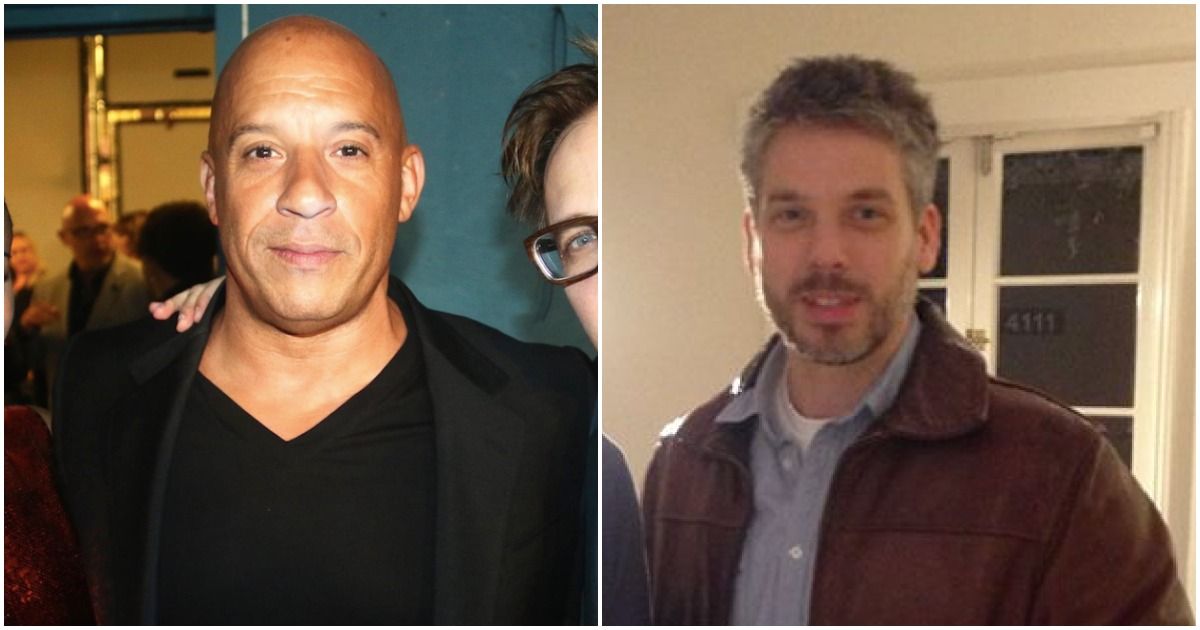 Claim to fame: Vin Diesel is a movie star, and Paul is Vin Diesel's twin brother.

Alpha Twin: Sure, Vin is rich a famous, but money isn't everything — looks are! Paul still has hair, so he gets the W this time.

As much as a love the Chronicles of Riddick, I'm pretty sure Vin is a whole-ass creep based on his on-camera behavior towards female journalists. I don't know anything about Paul but he looks… normal? But I guess "normal man" isn't a ringing endorsement either.

Happy Valentine’s Day. My heart. My love. My best friend. My other half forever. ❤️?❤️

Claim to fame: Twin artists who are super hot on Instagram.

Sometimes when I talk shit about celebrities, people accuse me of just being jealous which isn't usually true. But in this specific instance, I am sad to report that I am Just Jealous of these hot twins. I also think the portion of their artwork based off of leaked celebrity nudes is morally dicey. But again, I really am just jealous as fuck.

Alpha Twin: I honestly don't know their names, but I think the one whose mustache connects to his beard is hotter.

I kinda love how earnest these twins are, even though they're basically famous because people are making fun of them. I think they mean no harm, but that doesn't mean I wouldn't get a little spooked if I saw them in real life. 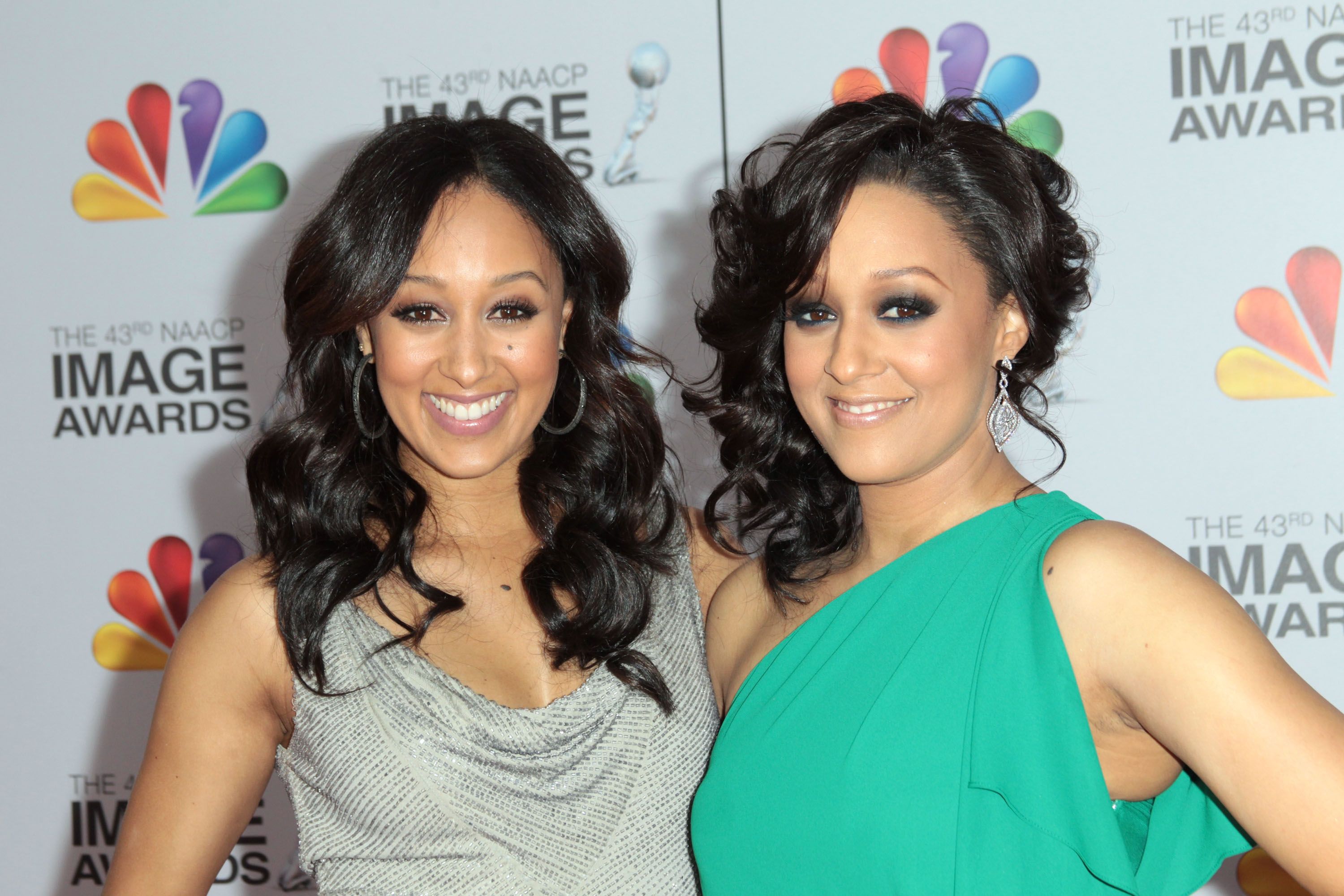 They seem stable, which is nice.

Claim to fame: Starring in OG Disney Channel media and not totally losing it.

Alpha Twin: Tia, because her Wikipedia page has a picture.

I'm a big Twitches fan, so that did a lot of heavy lifting for the Mowry sisters in terms of this list. But they haven't done much since they moved away from DCOMs — Tia has a cooking show and Tamera co-hosts a daytime talk show which is fine, I guess. They're inoffensive, but definitely not taking advantage of their twin status as much as they should be.

6. Dwayne Johnson and The Rock

Claim to fame: The Rock is a WWE champion and Dwayne Johnson is an actor whose film credits include Jumanji and The Mummy Returns.

Alpha Twin: There was a time I would have said The Rock, but he's kind of fallen off the map recently so I'm gonna go with Dwayne.

It's kind of uncanny how similar these two look, and how similar the charisma they exude can be. The Rock is a little more rebellious than his twin brother, who's teased potential political aspirations before, but overall they both seem like pretty cool guys. So much alike. 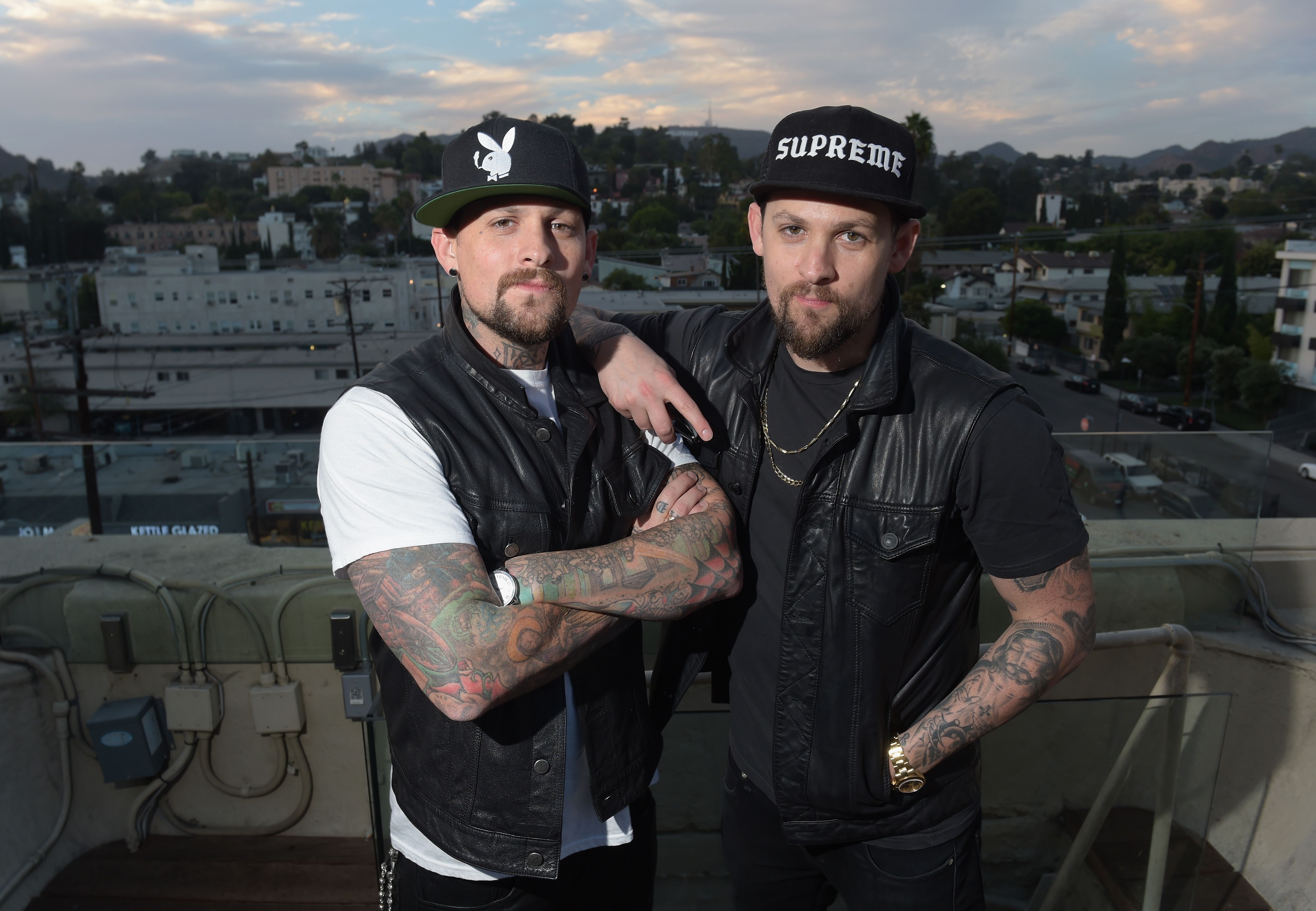 This picture of Benji and Joel just carded me and then told me I'm hotter than I look in my driver's license picture.

Good Charlotte has some emotional bangers, but I didn't even know these guys were twins until I started compiling this list. That either means they're shitty at being twins… or really fucking good at it. Also, the fact that the Madden brothers are the reason Cameron Diaz and Nicole Richie have to talk on a regular basis is Very Good.

God. They're just both that specific brand of white boy, you know?

Alpha Twin: Cole, but I'd let both of them run in my hotel lobby.

Alpha Twin: Based on this interview in W Magazine, Shannade is more fun than Shannon, which you'd kind of have to be if your name was a weirder version of your twin's name, right?

These twins are the reason that twins are trendy right now, so I have to give credit where credit is due. Do I think it's a little creepy to pose nude with your twin sister? Yes. Would I eat glass to look like either of them? Also a yes.

They're still babies, so they're not really doing anything right now, but frankly it is only a matter of time before they become aware of their immense and terrible power. Once they do, they will be truly unstoppable and all we will be able to do is cower in their wake. I, for one, am ready for it.

I can feel the powerful energy radiating off of this image…

Mary-Kate and Ashley Olsen are everything that twins should be: beautiful, mysterious and inscrutably terrifying. Listening to these two give an interview sounds like my ASMR fantasy. I bet they can read each others' minds. The Olsen twins have seen the face of God, and it was weeping. I fear them… and I love them.