Courtlin Arrington is the school shooting victim almost everyone forgot about

She was 17 when she died 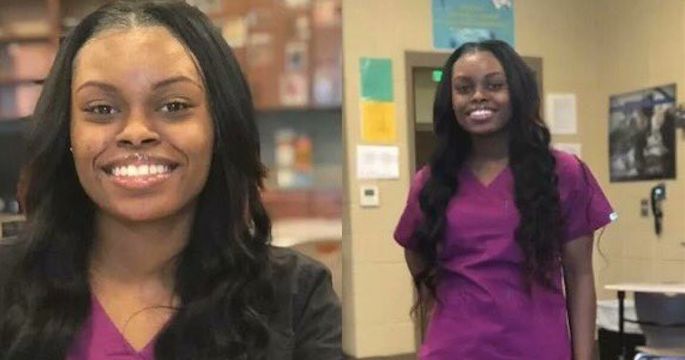 Today, students across the country participated in a national school walkout to protest the ongoing epidemic of gun violence in America's schools.

Students walked out of their classrooms for 17 minutes to symbolize 17 school shootings that have already taken place this year — but a school shooting that claimed a single victim, Courtlin Arrington of Birmingham, Alabama, has been largely left out of that count.

Her name was Courtlin Arrington. She had a bright future, which was stolen from her and this community when she was shot inside Huffman High School. I keep coming back to her picture and her smile, so full of life and promise. We have to do better. pic.twitter.com/vSny73W9Hk

But that's not the fault of the student protestors — it's all about what the media (us included) chooses to cover and care about.

Arrington, 17, was a senior at Huffman High School who was planning on going to nursing school. Her uncle described her as " driven, beautiful, smart, silly." She was shot once through the heart by a classmate, Michael Jerome Barber, who was also injured in the shooting.

COURTLIN ARRINGTON! Say her name! Shot dead IN SCHOOL. This must STOP! How many more must die?!??!?! https://t.co/LWWxsUTIbP

Barber has since been charged with manslaughter for Arrington's death after video footage revealed the shooting wasn't an accident as initially believed.

Why have the shooting at Huffman High and Arrington's death, flown under the radar, especially compared to incidents at other schools across the country? The fact that she was the only casualty might have something to do with it — but Arrington's race and the region the shooting took place in obviously play a major role.

The walkout at Naomi and Carter’s school will last 18 minutes, with an extra minute added for Courtlin Arrington, who was shot at a school in Alabama. When African-American women are killed “their names aren’t remember, so I thought it was important to add,” Naomi said. pic.twitter.com/xbrejOkYIx

Arrington's story has gotten play on Twitter and other social media sites, but it's still woefully absent in the media at large.

I just heard about the Alabama school shooting a day after it happened. Is this not national news because 1 life was lost compared to 17? Courtlin Arrington's life is important. She had friends, family, dreams….every life lost due to gun violence matters & shouldn't be ignored

In order to tackle the problem with school shootings and gun violence in America, it needs to be acknowledged everywhere and every time it happens.

● A teenage girl was assaulted at gunpoint. One year later, she was murdered by the same man