The STUPIDITY of this dude lol 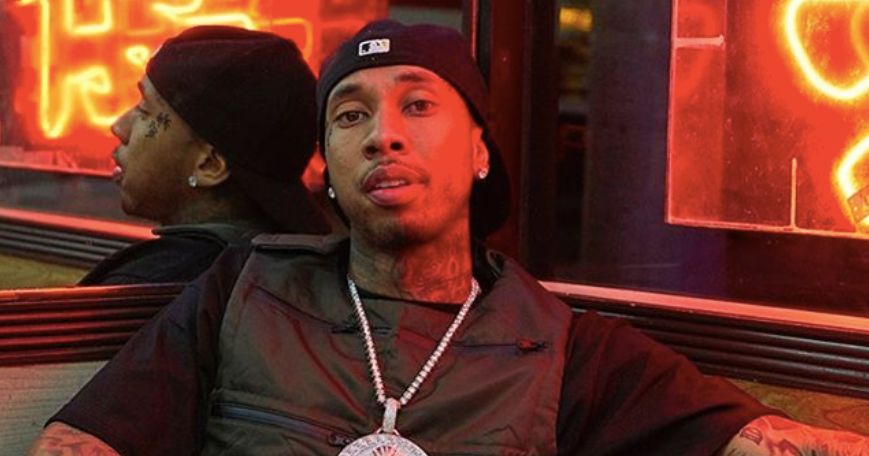 You all probably know Tyga as Kylie Jenner's slightly messed-up ex, who based on all reports, started seeing her when she was 17. He was 24 and they used to get turned away from clubs together because Kylie was a child… but I digress.

Well, it looks like Tyga wants to go from figuratively pushing the cradle to literally pushing the cradle. According to a report by Hollywood Life, Tyga wants to have a baby with Iggy Azalea, who he just started dating a few months ago. The pair were first seen getting touchy-feely at Coachella. And the source says Tyga wants her to have his baby because she's… sexy. Isn't that kinda the case with all baby mama situations? Like, I hope you're only fucking people raw if you find them sexy. Just saying.

#PressPlay: #IggyAzalea and #Tyga spotted together once again at #Coachella 👀 (SWIPE)

But no, no no. The fact he wants to knock-up a shitty rapper he started dating weeks ago because she's sexy isn't even the worst part. He wants to have a baby with her because "he’d really love to have a daughter the way Chy did with Rob Kardashian and Kylie Jenner did with Travis Scott." Basically, this motherfucker (no pun intended) is jealous and wants to stay in the news cycle.

Honestly, the things (and 17-year-olds) Tyga will do for press.