And that’s saying something

Revenge is a dish best served digitally, according to the women who post on shesahomewrecker.com.

The site is a perfect storm of privacy invasion, women-on-women hate and unsubstantiated rumors, and it's super fucked up. Each post on the side includes a picture and a paragraph or two about what exactly makes each offender a 'homewrecker.' 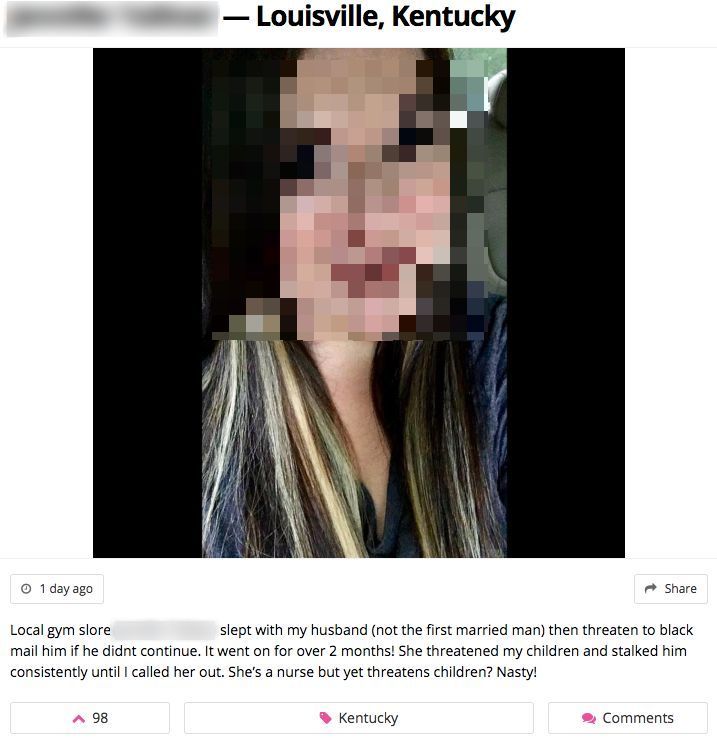 These descriptors usually use words like "slut," "whore," "ugly" and "nasty" and often accuse the women pictured of having addiction issues or engaging in sex acts for money or drugs. They include the state and town where the woman is located. Sometimes, they even include employment information.

To top it all off, there's a search bar at the top of the page where you can look for full background reports on the women (and occasional men) whose pictures litter the site. You don't have to make an account to submit a woman's name, either.

And the scariest part is that on shesahomewrecker.com, or 'SAHW,' anyone can post anything and the site is not legally bound to fact-check any of it, per their terms of service. 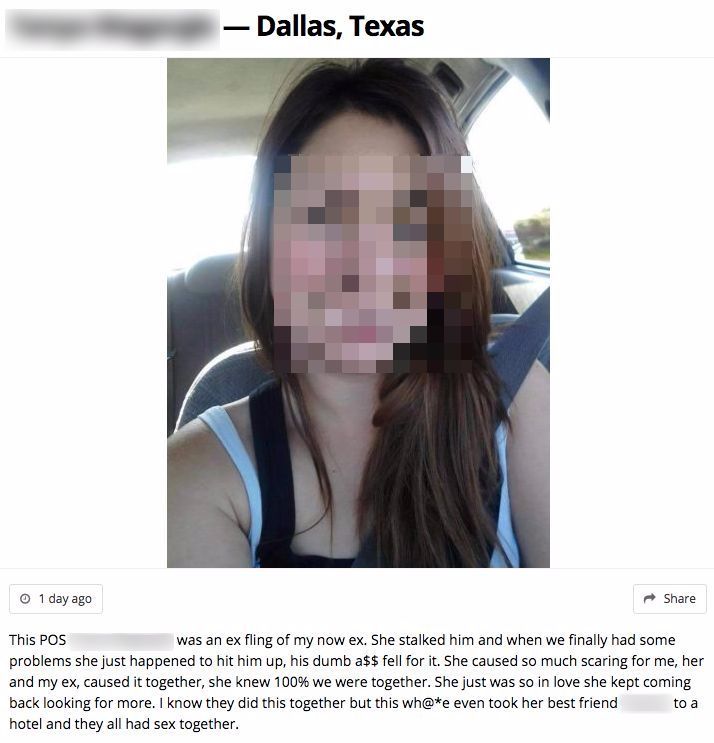 Shesahomewrecker.com is extremely active. There are multiple posts on a daily basis, and a page for SAHW has more than 600,000 fans on Facebook. With such a wide audience and so few barriers to entry, it's easy to see how a post on SAHW could ruin a woman's life.

● Why does Reddit refuse to ban this pro-rape site that hates women and praises Hitler?

● 'Sloppy seconds' is just another form of slut-shaming

● When you think about it, every reason people hate the Kardashians is sexist